This morning, at around 8am, the occupiers, squatters and remaining residents at the Sweets Way estate in Barnet, north London, woke to find the area fenced off and crawling with bailiffs and police. Ambulances stood waiting nearby as the bailiffs prepared to execute a mass eviction, co-orchestrated by Barnet council, the Metropolitan police and developer Annington Homes, which plans to redevelop the site into new flats once the remaining occupiers clear out.

Since this morning, squatters and housing protesters have resisted the bailiffs and police officers as they smashed through fences and attempted to force the occupiers to leave.

I spoke to Cat Denby, one of the occupiers and the campaign’s media contact, who told me that bailiffs smashed their way through a glass door in one of the houses while Denby and a fellow occupier pushed their faces against it. Denby says that the bailiffs told the pair to “take responsibility for your actions” as they smashed the glass.

The story of the incident has been backed up by a London Live reporter, who reported during a midday broadcast that he saw “a couple of protesters with bloodied faces walking away”. Denby tweeted this photo of the incident: 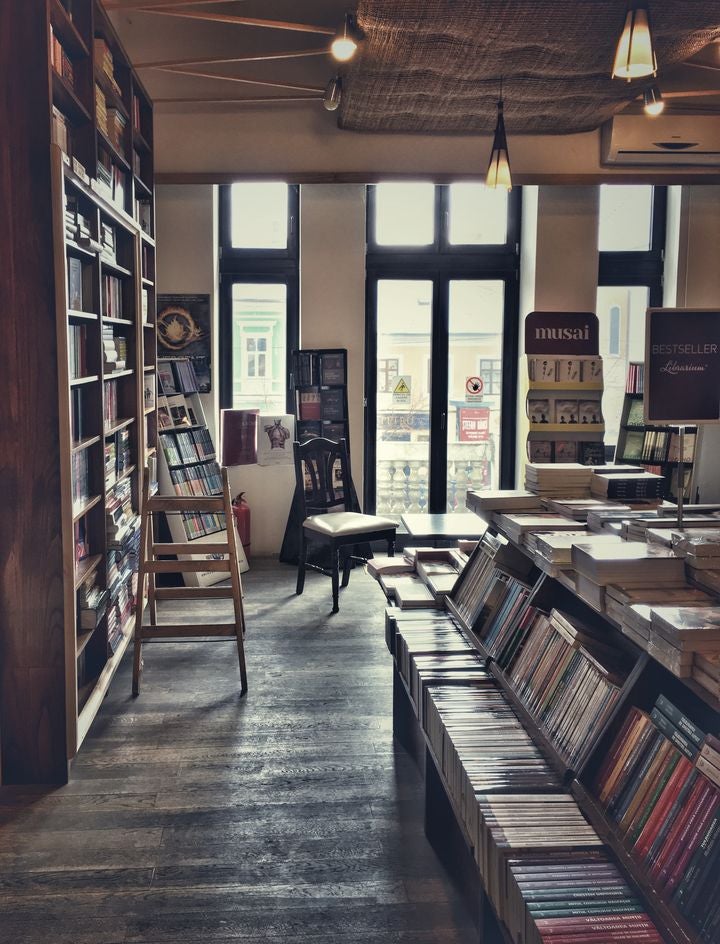 Bookstores should be an essential part of the 15-minute city

As bailiffs pushed forward into the estate, some protesters occupied the roofs of the houses while others threw food and supplies up to them. In response, the bailiffs brought in cherrypickers to bring them down again. This video apparently shows bailiffs carrying a protester they removed from a roof.

When I spoke to Denby this afternoon, she said the situation was in “stalemate”, with around 50 bailiffs facing down the occupiers: “I was threatened with arrest three times, but they haven’t done it yet.” Just before 2pm, she tweeted that one person has now been arrested.

I first visited the Sweets Way estate at the end of July, by which time the occupation was well underway. All but one of the families had already been moved out to different accomodation, often in a different borough and far from the families’ relatives, schools and medical centres. Housing protesters, including some ex-residents, had occupied one of the houses and were renovating it after developers smashed windows, walls, kitchens and bathrooms post-eviction. Ex-resident Anna told me that the occupiers hoped their “show home” would “inspire councils to see that they don’t have to demolish estates to make them livable”.

The remaining non-squatter residents at Sweets Way are the family of Mostafa Aliverdipour, 50, a father-of-four with a spinal injury which means he spends most of his time in a wheelchair and requires regular medical attention at a nearby hospital. He has been offered six different homes by the council, but says none of them are adapted for his disability. Barnet Council assessed Aliverdipour’s disability, and concluded that he is a “part-time wheelchair user” who does not need his chair in the house. Yet according to his occupational therapist, quoted by the Sweets Way Resists website, he finds it very hard to move without it:

[Mostafa] reports having very limited confidence when mobilising without wheelchair. [He] described that when mobilising, his left leg can “collapse”, presenting a possible further falls risk, and this appears to be affecting his confidence to mobilise without use of his wheelchair.

Meanwhile, Aliverdipour is awaiting a High Court decision on his request for an extension on his eviction order, and should hear the result this afternoon – but other members of the movement fear that, if his request is denied, bailiffs will move to evict Aliverdipour and his family while he is still at court today. Over 33,000 people have signed a Change.org petition, addressed to Barnet Homes, asking that the family’s eviction not go ahead.

The Sweets Way estate was originally used by the Ministry of Defence to house military families, but has been used as social housing since 2008. Annington Homes, the estate’s owner, justifies the evictions by saying that the homes were always meant as temporary accomodation –0 and that the developers will double the number of houses on the land.

This isn’t the whole story, though, as I wrote back in July:

Annington Homes plans to build 288 residences on the site, starting later this year. Ex-residents of Sweets Way call these “luxury apartments”; Annington describes them as “new, better designed homes”, which would increase the current number of dwellings by 100 per cent.

The reality, as always, is somewhere in the middle: the new homes would certainly be more densely built, but only around 60 of them would be classed as “affordable”, while none would be available to social tenants. Meanwhile, Barnet council defines “affordable” as “up to 80 per cent of market rents”, which, for most, is anything but.

It is very likely that not a single Sweets Way resident will be able to return to live there.

Annington Homes has released a statement about today’s evictions, explaining that it has High Court writs to evict the squatters:

Today’s action relates to the mass eviction of over 50 properties currently illegally occupied by squatters. Two High Court Writs of Possession have been issued for High Court Enforcement Officers, working in conjunction with the Police to clear the illegal occupation of the estate prior to demolition and the development of new homes.

It’s probable that by the end of the day, the estate will be, at last, totally empty. Yet as the Sweets Way Resists movement notes on its blog, this doesn’t equal failure, or an end to the movement:

With or without the occupation, we will continue to fight Annington and Barnet at every juncture. We will not stand by and accept the social cleansing of our community, or our city.

We have impeded development for more than six months; many families have been rehoused in better situations, and we have shone a bright light on the vile processes through which poor and working people are being cleansed from the capital.

We may lose the estate, but we have joined Focus E15, New Era, Our West Hendon, Housing Action Southwark and Lambeth, the Aylesbury resistance and others in making it clear that social cleansing will come at an immense price for Councils and developers alike.

Even back in July, the occupiers seemed semi-accepting of the fact that, however beautifully they restored their show home, it and the estate would eventually be destroyed and they would be forced to leave. But that doesn’t mean that their anger and efforts were in vain. As pockets of fury against councils’ housing policies bubble up around London, they are becoming more and more difficult to ignore. It’s only a matter of time before pretending they don’t exist becomes impossible.

Update 16.53: The High Court has granted a possession order for Mostafa Aliverdipour’s family’s home, and protesters are expecting an eviction any moment. From Guardian journalist Robert Booth:

Update 24/9: Mostafa and his family was evicted this morning by high court bailiffs, campaigners have told me.