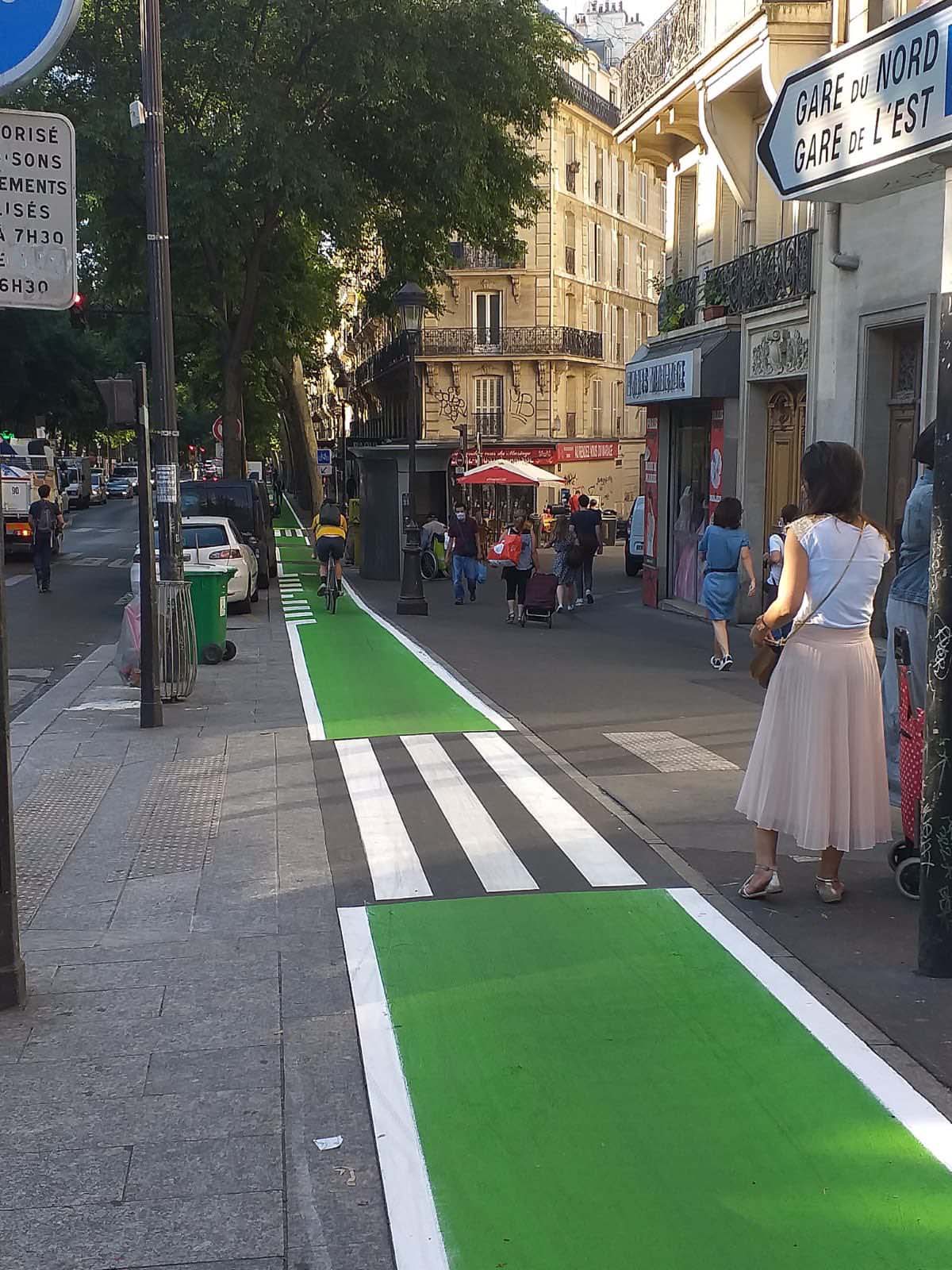 Mayor Anne Hidalgo has made many streets in Paris car-free; participatory budgeting projects like this bike lane expand that work. (Photo courtesy of the city of Paris)

Early next month, Paris, led by Mayor Anne Hidalgo, will relaunch participatory budgeting, a process whereby residents propose projects and vote on how they want to allocate a significant amount of municipal spending. They’ll be able to take into account the impact of Covid-19 and their post-pandemic priorities.

The revamped budget will be part of Hidalgo’s new target to allow 25% of the city’s outlay from now until 2026 to be decided with the input of Parisians. This will include major consultations over any flagship projects or neighbourhood redevelopment in the city. With the coronavirus pandemic and other developments in society leading to tumbling confidence in governments, the move is seen by city hall as a crucial tool for building trust among residents, who will play a more active role in the ideas and decisions that shape their collective future.

“The participatory budget is more important than ever before,” says Anouch Toranian, the deputy mayor of Paris in charge of community life, citizen participation and public debate. “We are facing a democratic crisis and a great questioning of society. We believe that citizen power and a collective response is the answer.”

The next phase of the scheme will “build on the achievements of the last mandate”, says Toranian. “But of course we are looking to evolve the process. It’s a new generation. It can be improved by involving citizens in all of the steps even more.”

In late 2014, a few months after being elected mayor, Hidalgo set out on her ambitious project to make the city more collaborative with the launch of the participatory budget. In the first iteration, over 40,000 people voted on 15 proposals with a budget of €20m ($24.4m). Nine projects were selected, including vertical gardens, urban sports facilities and the renovation of outdoor public spaces for music and arts. 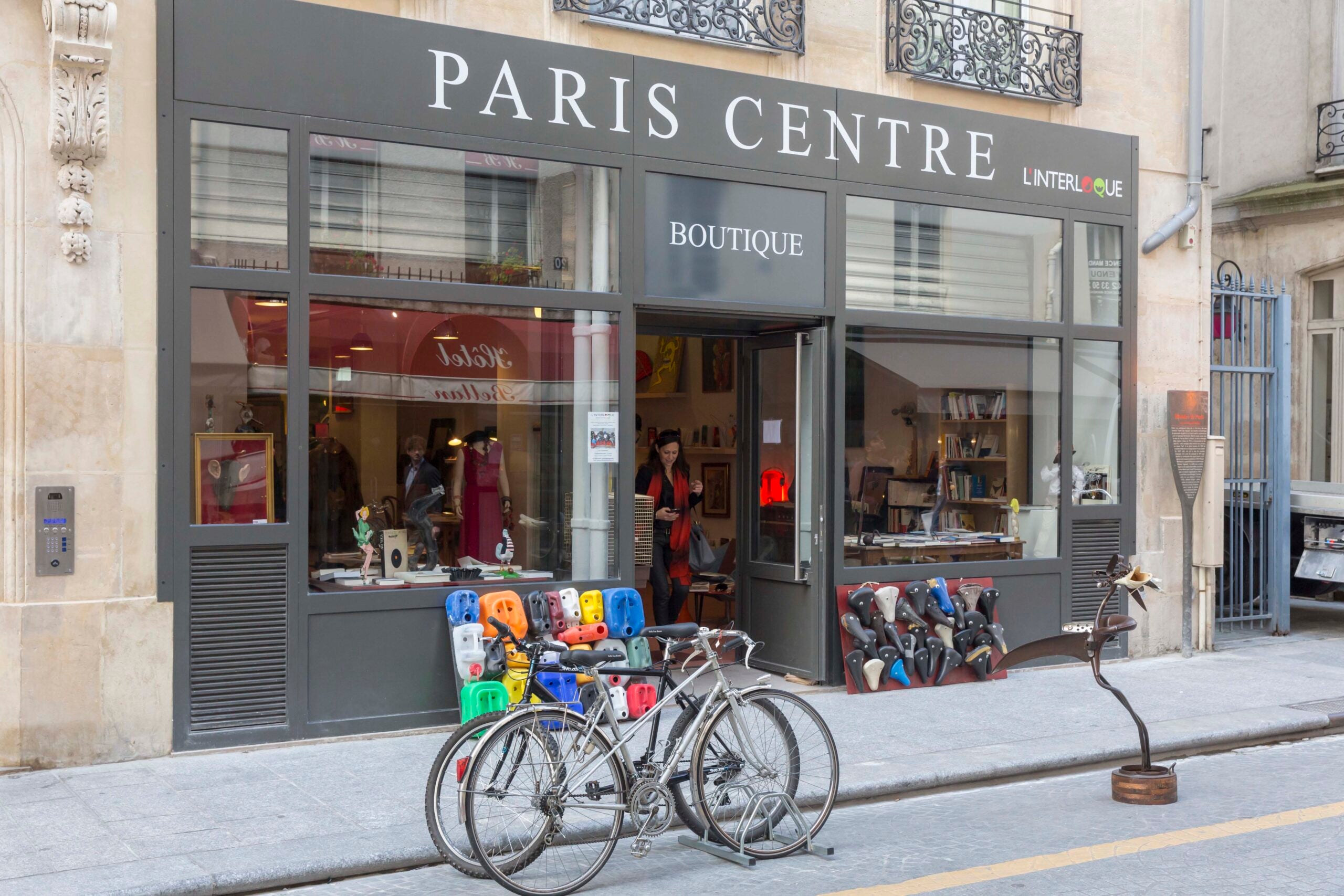 The participatory process has resulted in a broad variety of community projects, including this bike shop as well as playgrounds, parks and climbing gyms. (Photo courtesy of the city of Paris)

Now the process allows residents to create, discuss and vote on proposals for how they want the city to spend €100m – around 5% of Paris’s annual capital budget. Thousands of ideas are submitted each year on a dedicated website, and each must pass a feasibility study by city hall before qualifying for the vote, which can be done online or with a paper ballot. With an equivalent budget of €45 per inhabitant for a population of roughly 2.3 million, it is the largest per capita participatory budget in the world, and more than 2,500 projects have been realised through it to date. There are no limits on visa status or nationality of the participants, and anyone aged seven and above can take part.

The Paris scheme was inspired by the city of Porto Alegre in southern Brazil, which introduced a participatory budget in 1989. Porto Alegre allocated $64m, or 21% of the city’s entire budget, in 1999. “It was a real success, tackling rampant inequality, improving infrastructure, reducing corruption and involving those typically outside of the political process,” says Antoine Bézard, an expert in participatory budgets at the Jean Jaurès Foundation, a Paris-based think tank. Inspired by Porto Alegre’s redistribution, Paris guarantees that at least 30% of its budget will go to working-class areas.

The Paris programme has helped kick off a wave of imitators across Europe, with similar projects under way in Milan, Glasgow and Madrid. There are now an estimated 13,000 participatory budgets across the world, including in New York City and Seoul, according to Bézard. In France, the number of such budgets has increased from just seven in 2014 to 170 in 2020. In Grenoble, to take one remarkable example, a homeless man submitted a project to create a centre for social and legal-advice services for people in precarious situations. “It’s giving power back to the people and reinvigorating democracy,” says Bézard.

Enrico Fusto, an Italian who arrived in Paris in 2015, successfully proposed a sustainable “open source” forest at the Porte de Montreuil on the eastern edge of the city as part of the participatory budget in 2016. Fusto was inspired by Japanese botanist Akira Miyawaki’s method where, using a soil, air, water and climate-remediating process, trees are planted where none existed before.

“I was naively proposing the idea,” Fusto says. “I had just the idea to do something with agriculture. There are huge forests on the edges of the city, but not so much in the centre. I didn’t expect such a success. I had only been in France for a year.” 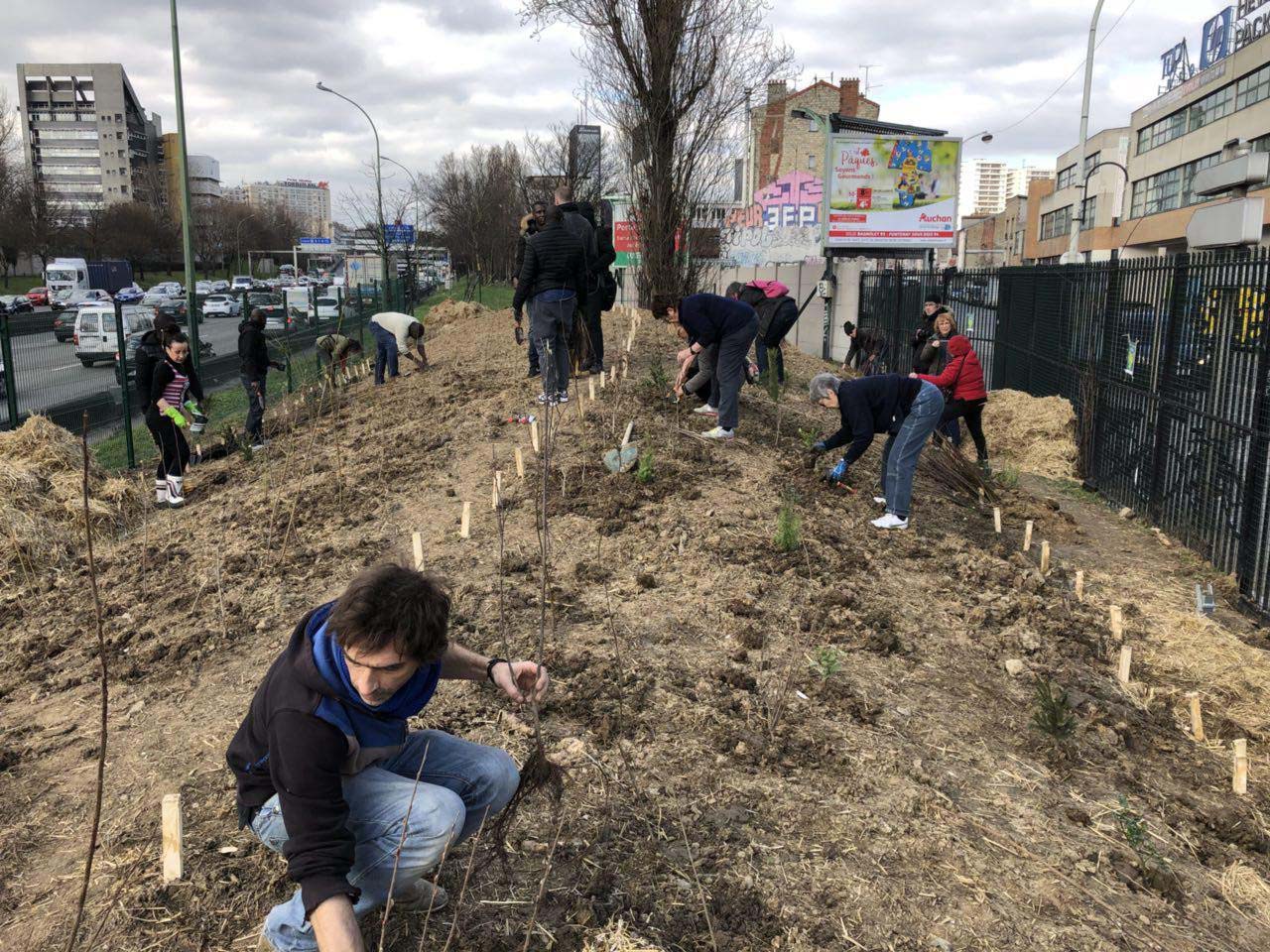 Parisians plant an urban forest at Porte de Montreuil, a project that emerged from participatory budgeting. (Photo by Enrico Fusto)

The project was completed in 2018 for €15,000, revised down from an initial €80,000 budget. Now, after two years, the forest is self-sufficient, reaching 3–4m in height, and teems with insects and birds. “I found the process very democratic,” adds Fusto. “If I was alone, it would have been much more difficult. But thanks to working with locals, the small idea became something very communal and shared.”

Bézard, who worked in French local authorities for 15 years before becoming a researcher, believes there are still a number of ways the participatory budget in Paris can be improved.

“One of the difficulties is that anyone can pose a project alone on [a] computer without meeting anyone else,” he says. “But there isn’t an obligation to meet others and discuss it with others. There should be a stage for this and to use collective intelligence. That’s what is missing in Paris.”

Bézard also believes the annual model poses problems. “That’s the great difficulty, having to start again each year,” he says. “The system should be more long-term than annual – every two, three or four years.”

Yves Sintomer, a professor of political science at Paris 8 University who has researched participatory budgets for 20 years, says funding will be essential to the success of any scheme. “If we want democratic institutions to regain legitimacy, we must really innovate,” he says. “It is part of a systemic transition that should lead to a new democratic system. This is part of a broader movement. That requires a sufficient workforce and funding for participatory budgets and a reorganised administration.”

Sintomer plays down the risk of any fraud – the Paris participatory-budget system doesn’t require any voting ID – and argues that the participation rate of about 10% of the city’s population is sufficient, especially when compared with the rates of just 1% or 2% seen around the world. “Besides, you don’t need citizens to participate all the time on all of the issues,” he adds. For major projects such as Hidalgo’s banning of cars from the Seine’s quayside in 2016, Sintomer says referendums should be used.

Toranian agrees there is work to be done. “Fraud is a problem, but it’s just a small percentage, and, yes, we need to look for citizens who are furthest away, those in popular neighbourhoods, those who are handicapped,” she says. “But through this, it can give Parisians the key to let them become actors of their city. I think and hope that Paris can be a world leader. It can be an example for other cities.”