The Taliban’s decision in May to choose the UAE as its partner to manage operations at several strategic airports in Afghanistan raised a few eyebrows.

After all, the Taliban and the UAE had been on opposing sides in the US-led war launched in 2001 over who would control Afghanistan’s future, and in the direct aftermath of the 9/11 attacks. The Taliban also had another, apparently more palatable, option to administer its airports: Turkey.

After months of negotiations following the collapse of the previous Afghan government in August last year, and the Taliban’s takeover, it was widely expected that the Taliban would sign a deal with Turkey to administer the airports. However, sources have revealed to City Monitor that months of deadlock with Turkey and Qatar caused Qatari-mediated negotiations to stall and then fall apart, leaving Kabul to ultimately choose the UAE.

In a surprising move, Kabul opted for a public signing ceremony on 24 May to announce its switch to a UAE-backed firm that had previously operated Afghan airports, rather than the Turkish government. The ceremony was lauded by Abu Dhabi’s senior diplomatic adviser Anwar Gargash and was attended by Afghan Deputy Prime Minister Mullah Abdul Ghani Baradar, signalling that this was a decision taken at the highest levels of both countries.

The Taliban’s shift to the UAE rather than Turkey – which also enjoyed the support of Qatar in its bid for Afghanistan’s airports ­– underlines how Kabul is becoming an arena for Middle Eastern rivalries, while also demonstrating how the group does not want to be overly reliant on any one international partner.

Afghan government sources have told City Monitor that Ankara’s conditions were “tough and harsh” and “almost impossible [for Kabul to] accept” and so they decided instead on a partnership with Abu Dhabi.

With the Afghan economy spiralling due to international sanctions instituted by the US and its allies, the Taliban were keen to swiftly conclude what would have been an economically beneficial agreement regarding the administration and operational control of their airports, helping to create jobs and bolster the group’s domestic legitimacy.

“It was a crucial point for the Afghan government, and the negotiations [with Turkey] had reached a standstill,” Abdullah Azzam, Mullah Baradar’s personal aide, told City Monitor. “The UAE, though, was offering conditions [on the airport deal] that were favourable. They were a viable alternative.”

From assassinations to agreements

The deal means that the UAE will administer three Afghan international airports, with the potential to handle more airports in the future.

The agreement came off the back of Baradar attending the funeral of late UAE President Khalifa bin Zayed al Nahyan in Abu Dhabi ten days before it was signed, among a coterie of other world leaders. Relations between the Taliban and Abu Dhabi have been far from warm in the past, though.

While the UAE had recognised the Taliban’s previous government in the late 1990s, things changed drastically following the 9/11 terror attacks in the US, particularly because the group had harboured al-Qaeda leader Osama bin Laden.

Washington’s ‘War on Terror’, the subsequent invasion and occupation of Afghanistan, and the advent of the Arab Spring a decade later, had placed Abu Dhabi on a war footing with anything deemed to be political Islam, causing relations to sour with the Taliban to almost irretrievable levels. Added to this were Turkey and Qatar; the latter in particular being the focal point of Abu Dhabi’s fury for its alleged harbouring of Islamists, and the hosting of the Taliban’s political office.

At one point, UAE officials – current President Mohammed bin Zayed included – had allegedly offered to assassinate Taliban officials in Doha on behalf of the former Trump administration. The Taliban’s political office in Doha was headed at the time by the same Mullah Baradar with whom the UAE has now signed agreements.

Despite this history of significant tensions between the Taliban and the UAE, Kabul still opted for a partnership with Abu Dhabi rather than the Doha-brokered arrangement with Ankara.

Roadblocks to a deal over Afghan airports

Sources in the Afghan government revealed numerous points of contention that emerged over negotiations with Turkish and Qatari officials spanning a period of months. An Afghan official from the ministry of aviation and transport, who spoke to City Monitor on condition of anonymity, said that Ankara “did not want [to administer] just Kabul Airport, but four international airports”.

Further roadblocks became clear in the final round of negotiations held in both Doha and Ankara after talks had already dragged on for months. Training Afghan staff to take over the eventual administration of Afghanistan’s airports – a point on which Kabul was keen – was “not a priority” for the Turks, the source said.

Turkey’s conditions went further still. Special security zones staffed by private Turkish military contractors were to be set up within the airports. Afghan security personnel would be strictly forbidden from entry into these zones. For the Taliban, whose raison d’etre was its opposition to the presence of foreign forces in Afghanistan, the proposition was a non-starter.

By contrast, the deal with the UAE assigned control over security issues to Afghanistan, with most of the jobs given to local Afghans rather than foreign contractors.

“Turkish demands for security control, as Turkey [provided] in the period before the takeover of the Taliban, were vehemently rejected,” Ömer Özkizilcik, an independent Turkish foreign policy and security analyst, tells City Monitor. “The Taliban perceived this demand as a no-go for their own political aspirations and their self-image. According to [the Taliban’s] thinking… this request was against the sovereignty of Afghanistan.”

Faiz Muhammad Zaland, assistant professor of public policy at Kabul University, told City Monitor that the negotiations’ technical aspects had been overlooked. The Afghan government’s precarious situation, according to Zaland, meant that technical problems were inevitable. Qatar alone could not compete with the UAE’s established prowess in the provision of aviation services, Zaland highlighted, and had thus teamed up with Turkey.

“[Ankara] wanted to cooperate and acted… to better and widen their relations with [Kabul],” Zaland says, and Turkey’s conditions had an underlying reason. They were intended to ensure that a deal adhered to international aviation standards that the current and previous Afghan governments could not fulfil.

Kabul, however, was not willing to relinquish airport security.

Afghan government sources further revealed that Turkish “control” of Afghan airports would have extended to revenue collection, complete Afghan “non-interference” in airport administration, and go as far as Turkish-Qatari control of “even the airport kiosks and border control”. The Taliban was also unwilling to allow the International Chamber of Commerce to arbitrate in the dispute, perceiving the demand as an imposition of Western legal norms rather than simply international commercial standards.

While Kabul is keen to forge ties with international partners, including Turkey, it would appear that, on this occasion, Abu Dhabi had outfoxed its regional rivals and managed to expand its own influence not only with the Central Asian state but also with other international actors who would prefer to deal with an intermediary rather than directly with Kabul.

“The deal shows how the UAE outmanoeuvred the Turkish-Qatari axis and also how, despite popular perception, the Taliban know how to be pragmatic when it suits them,” Özkizilcik adds. Contrary to the group’s reputation, the episode demonstrates that the Taliban is not incapable of pragmatic dealmaking, at least in the foreign arena. Whether such flexibility can be implemented in Afghanistan over key and unresolved issues, including female education, remains to be seen.

At the time of publication, City Monitor had not received a response to requests for comment from either the Turkish, Qatari or Emirati governments.

[Read more: Where are the largest cities in the Middle East?] 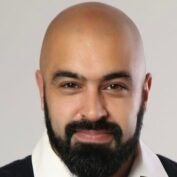 Tallha Abdulrazaq is a writer and editor for New Statesman Media Group.

Ahmed-Waleed Kakar is a writer and analyst on Afghan affairs.
Websites in our network