We’re not even halfway through January and we’ve already seen one of the biggest urban stories of the year – the release of Greater Manchester’s new spatial plan for the city-region. The Greater Manchester Spatial Framework (GMSF) sets an ambitious target to build more than 200,000 homes over the next 18 years.

Despite previous statements indicating greenbelt development was off the table, the plan allows for some moderate easing of greenbelt, combined with denser city centre development. This is sensible, pragmatic and to be welcomed but a question remains: will it be enough to keep Manchester affordable over the long-term?

First, some history on Manchester’s housing strategy: This is not the first iteration of the controversial GMSF. The first draft was released by Greater Manchester’s council leaders back in October 2016 (before Andy Burnham was in post), and aimed to build 227,000 houses by 2037. Originally, it proposed releasing 8.2 per cent of the green belt to provide land for housing. Many campaigners opposed this, and the newly elected mayor, Andy Burnham, sent the plan back to the drawing board in 2017.

The latest draft published this week contains two important changes. First, it releases slightly less greenbelt land than the original plan, 4.1 per cent of the total, but more than Andy Burnham previously indicated he would. Second, while the latest document is still ambitious, it plans for 26,000 fewer homes over the same period than the original.

To build up or to build out?

In many cities, the housing supply challenge is often painted as a battle-ground between building high-density homes in the city centre or encroaching on the green belt. Greater Manchester is fortunate in that it lacks the density of cities such as London – suggesting less of a confrontation between people who what to build up and people who want to build out.

However, unlike Greater London’s greenbelt which surrounds the capital, Greater Manchester’s green belt extends deep into the city-region, making development on large amounts of land between already urbanised parts of the city-region more difficult. This limits the options to build more housing in parts of Greater Manchester close to the city centre and transport nodes. The worry is that without medium-term reform to the shape of Manchester’s green belt, it may tighten housing supply in Manchester even more than the green belt already does in places such as London and York. In the future, when looking to undertake moderate development on greenbelt land, the mayor should look to develop in these areas of ‘interior greenbelt’ first. 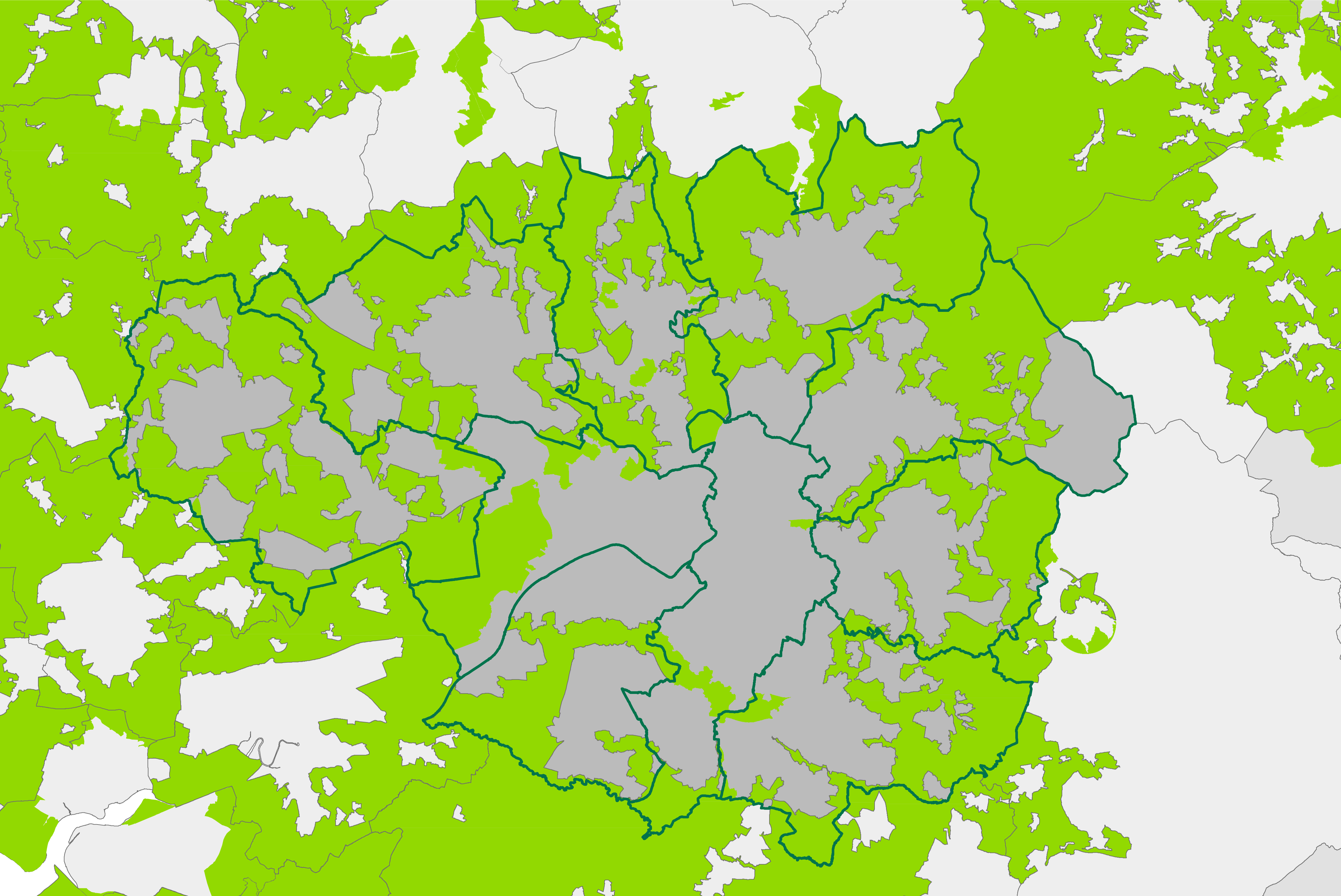 Despite the scale of its ambition, the GMSF cannot avoid the sheer size of the green belt forever: it covers 47 per cent of the total metropolitan area. In all likelihood, plans to reduce the size of the green belt by 2 per cent will need to be looked at again once the existing supply of brownfield land runs low – particularly if housing demand over the next 18 years is higher than the GMSF expects, which should be the case if the city region’s economy continues to grow.

An example of a successful political collaboration

The GMSF was a politically pragmatic compromise achieved through the cooperation of the metropolitan councils and the mayoral authority to boost the supply of homes. It happened because Greater Manchester’s mayor has an elected mandate to implement and integrate the GMSF and the new transport plan.

Other cities and the government should learn from this. The other metro mayors currently lacking spatial planning powers, in Tees Valley and the West Midlands, should be gifted Greater Manchester-style planning powers by the government so they too can plan and deliver the housing and transport their city-regions need.

Long-term housing strategies that are both sustainable and achievable need to build both up and out. In the short-term Greater Manchester has achieved this, but in the future, if its economic success is maintained, it will need to be bolder on the green belt than the proposals in the current plan. By 2037 Manchester will not face a trade-off between high-density flats in the city centre or green belt reform – it will need to do both.  If the city region is to avoid the housing problems that bedevil London and other successful cities, policy makers need to be ready for this.

Anthony Breach is an economic analyst at the Centre for Cities, on whose blog this post first appeared.