In association with Siemens Smart Infrastructure 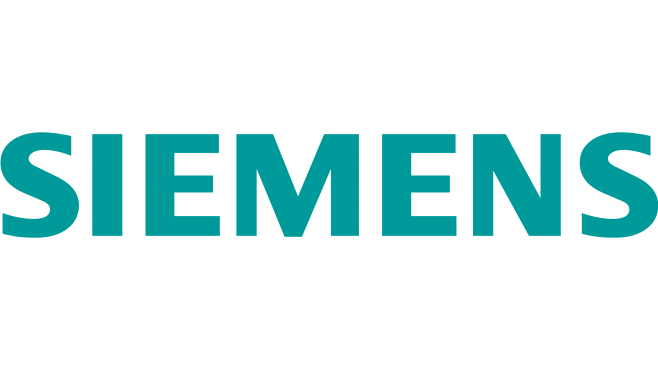 Cities account for more than two-thirds of global energy consumption and create up to three-quarters of energy-related CO₂ emissions. According to the UN, 2007 marked a tipping point, when the global urban population overtook those living in rural areas. Mass urbanisation continues apace; by 2050, the global proportion of city dwellers is forecast to stand at more than two-thirds (68%) – some seven billion people.

Therefore, as we seek to reduce carbon emissions and engender energy transition, considerations around how we design, power and navigate our cities will play a fundamental role in dictating our success.

Breaking down cities into smaller districts, using the concept of the ‘smart campus’, provides clarity in targeting energy transition and decarbonisation. (Photo by tostphoto/Shutterstock)

“As engines of the economy, cities are key actors in energy transition and the importance of their role will only strengthen,” says Gauri Singh, deputy director-general of the International Renewable Energy Agency (IRENA). “Cities can be target-setters, planners and regulators, facilitators, and financiers of renewable energy projects. They can also be important awareness builders, given their access to large populations.”

There are clear targets at which urban decarbonisation strategies can aim, not least buildings and transport networks. There are opportunities to set standards and municipal building codes, to promote rooftop solar systems for heating and cooling, and to leverage renewables to power homes, offices, industry and public transport. The question, however, is how all this can be achieved at scale without disrupting economic activity and negatively impacting citizenry.

“Our world is increasingly urban,” says Matthias Rebellius, CEO of Siemens Smart Infrastructure. “Ensuring that those who live and work in urban areas are healthy and happy requires buildings that are intelligently controlled, safe and responsive; power supplies that are efficient, reliable and flexible; and smart solutions for eMobility. It means leveraging the opportunities brought by digitalisation to create future-ready sustainable communities.”

By their very nature, cities are complex and multifaceted. They have usually slowly evolved over time rather than being planned as integrated entities.

“It is far too complex to address the city as a whole,” remarks Rebellius. “If we simplify the complexity, however, and break it down to smaller parts, we will have urban areas that are much more manageable in size, but complex enough to map the challenges and possibilities of a city.”

Each district or “campus” – an environment where the buildings, land and facilities are contained in a clearly defined area – are perfect starting points for urban transformation. They are big enough to address issues such as the design of public space, energy-efficient buildings and sustainable mobility, but offer a manageable scale upon which to innovate.

“Each specific city faces its own reality in terms of how centralised its governance structures may or may not be, meaning what works in one place may not be appropriate in another,” says Singh. “Solutions need to be tailored to local circumstances, needs and priorities. The more that a particular district or neighbourhood is consulted and given a voice, the more its population and its businesses may support the policy approaches taken.”

Breaking down cities into districts, using the concept of the smart campus, provides clarity in targeting energy transition and decarbonisation, while adding social and economic value.

Such smart campuses already exist. One example is the Aspern Urban Lakeside in Vienna, which serves as an environment to test and develop sustainable and innovative energy, environment, building and smart grid technologies.

“It is Europe’s most innovative and sustainable energy efficiency project – an ideal place for research into the energy future of cities,” Rebellius explains. “It comprises smart buildings, for example, that are supplied with 100% renewable energy and provide flexibility via a virtual power plant. Another field of research is smart charging solutions, where just recently an innovative digital twin has been tested. These projects show once more that grid edge technologies are of prime importance when it comes to leveraging the potential of smart cities.

“The expansion of decentralised, renewable energy production is leading to a fundamental transformation of the energy system,” Rebellius adds. “The electricity, heat and mobility sectors will increasingly converge – what is called ‘sector coupling’ – and it will lead to a restructuring of urban infrastructures.”

Underpinning these trends is digitalisation, which enables smart buildings, grids and infrastructure, and which supports the growing accessibility of cheaper renewable energy generation to enable consumers to become prosumers. IRENA reports that since 2009, the average cost of solar PV has fallen by 80%.

“Solar solutions tend to be the most applicable to the urban context because they can be deployed at varying scales and on building rooftops,” says Singh. “Direct use of geothermal heat is another underutilised option for cities. There is also biomass, such as biomethane from landfills. Wastewater sludge from municipal wastewater treatment plants can be a cost-effective way to produce low-cost transport fuels.”

The development of digital models, already used for individual buildings and networks, could also be extended to city districts and larger urban areas.

“The potential of such digital infrastructure twins is enormous,” says Rebellius. “They will form the basis for the interactions of all participants in the smart city ecosystem. The individual campus – be it a city district, an airport, a hospital or an industrial plant – will be part of this ecosystem.”

Aspern Urban Lakeside. By 2050, the global proportion of city dwellers is forecast to stand at more than two-thirds (68%) – some seven billion people. (Photo by Daniel Hawelka)

“Big data already plays a role today, but much more will be needed moving forward,” believes Singh. “Big data analytics will be integral to the management and optimisation of increasingly complex and integrated urban energy systems. Such a system will need to be more agile and interoperable to ensure that system operation is reliable, stable, and safe. Without long-term policy signals, however, investors, developers and consumers may lose confidence. All stakeholders should be involved in the policymaking process to ensure a transition that is tailored for local communities.”

The technology is increasingly in place to enable urban decarbonisation, and the campus-based approach can leverage that technology to maximum effect. As long as there is a clear and coherent policy framework, the city of the future will be smarter, greener and more flexible than ever before.