What Manchester does today, the rest of the world does tomorrow. This was the claim made by British Prime Minister Benjamin Disraeli in 1844 after Manchester had become a leading industrial centre following a boom in cotton production. 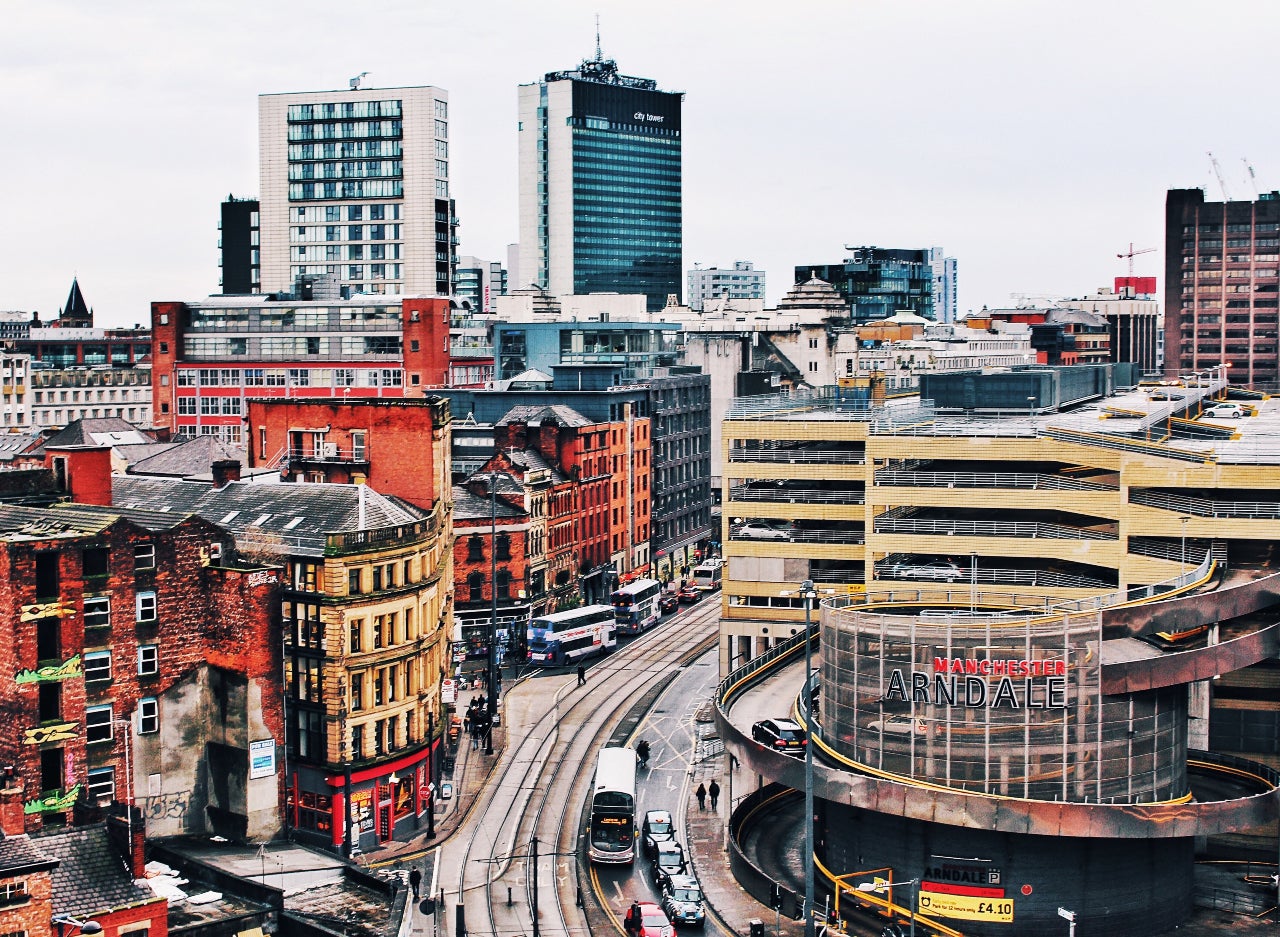 Transport is a big part of Manchester’s infrastructure and a large factor in energy consumption.(Photo by William McCue/Unsplash)

Almost 200 years later, Greater Manchester is most certainly no longer the industrial powerhouse it once was. However, the city and surrounding region hopes to position itself once more as a global leader, this time at the forefront of a green revolution, “doing things first and doing things differently”, as indicated by its five-year environment plan.

Under Mayor Andy Burnham, the city implemented the plan in 2019, which outlined a commitment to reach net zero by 2038, 12 years ahead of the national government target.

With a population of 2.8 million, Greater Manchester is responsible for 3.6% of the UK’s annual CO2 emissions. The city worked with the UK’s Tyndall Centre for Climate Research to calculate a carbon budget aligned with commitments under the Paris Agreement to keep global warming to “well below” 2°C. Under this budget, emissions in Greater Manchester need to fall by 15% between now and 2038.

“The city-region was the cradle of the industrial revolution and is now determined to play a leading role in the green revolution, providing a global platform to address the many challenges that now face the world,” says Burnham.

Homes are responsible for 34% of emissions in Greater Manchester, and heat is a key area for action under the environment plan. It outlines the need for an additional 45MW of solar photovoltaic and 10.2-terawatt hours of low-carbon heat by 2024. As of 2019, Greater Manchester had 29MW of installed renewable heat capacity and 140MW of installed renewable electricity capacity. The city is also aiming to boost energy efficiency with plans to retrofit 61,000 homes a year, out of a total of 1.2 million, to reduce heat loss by 57%.

Today, 6.8MW-electric of CHP are installed across the region, with district heating supplying energy to 2,000 homes in two main sites: Salford’s MediaCity, a 81- hectare business park in the city, and Oldham, a nearby town.

The city-region was the cradle of the industrial revolution and is now determined to play a leading role in the green revolution, providing a global platform to address the many challenges that now face the world. Andy Burnham, Greater Manchester's mayor

The city-region has identified opportunities for 35 new district heating networks, with the potential to reduce emissions by 413 kilotonnes, or 3% of total emissions. One of these would be the so-called civic quarter heat network in Manchester city centre, a £20m, gas-powered CHP network, expected to generate energy for Manchester Town Hall and other public buildings and reduce the city’s emissions by 1,600 tonnes a year.

“In time, heat networks can switch to using green hydrogen, which is expected to become more available in the early to mid-2030s,” says Sean Owen from the city-region's governing body, the Greater Manchester Combined Authority (GMCA).

Transport is Greater Manchester's biggest source of emissions. Under city plans, the share of daily journeys taken by car will fall by 2040 from 61% to 50% with more sustainable travel methods, such as walking, cycling and public transport, taking precedent. For vehicles remaining on the road, the environment plan expects to see 200,000 plug-in vehicles by 2024, up from 2,800 today, and a 100% electric bus fleet by 2035.

A third strand of the plan is to better understand how the city-region generates, uses and trades energy. To do this, GMCA is helping each district draft a local energy plan to be completed by June 2022. The plans will help local decision-makers identify the most promising options for decarbonisation that fit best with local infrastructure requirements and socio-economic priorities, and highlight where further investment is needed.

Nowhere else in the country has attempted to create such a detailed audit of local energy infrastructure and opportunities, “from postcode to regional level”, believes Owen.

Despite all this action and the city’s ambitions of 'doing things first', on closer inspection Disraeli would perhaps be disappointed to see that Manchester is often doing more following than leading in its bid for net zero.

"Greater Manchester has made good progress in areas such as tree-planting and cleaning up emissions from its bus fleet, but overall it falls far short of meeting its climate ambitions," says Helen Rimmer, a campaigner for the not-for-profit Friends of the Earth.

Bristol, Newcastle, Glasgow and Oxford are all more ambitious, pledging to reach net zero by 2030, and Manchester failed to make it on to the 2020 Cities A List. Compiled by the Carbon Disclosure Project, another not-for-profit, the list singles out the world’s cities leading on climate action. From the UK, Bristol, Bournemouth, Newcastle and Greater London all made the cut.

In the decarbonisation of its transport systems, Manchester it looking to London, Bristol and Merseyside for inspiration. Since his re-election in May 2021, Burnham has spoken of replicating “a London-style transport system” unifying the “disjointed” system of buses, bike lanes, trams and trains. The principal focus for private vehicles, though, is to “promote the alternative, through public and active transport”, says Simon Warburton from Transport for Greater Manchester (TfGM).

He praises the extent to which Bristol has prioritised more sustainable modes of transport and now has a greater number of walkers and cyclists across the city, and says Manchester would be keen to replicate this success. In Bristol, cars already represent only 51% of journeys, only one percentage point higher than Manchester’s target for 2040.

TfGM is also learning from pilot projects in Merseyside, which is looking to bring hydrogen-powered buses on to the roads. “Merseyside has a high degree of hydrogen by-product from its industrial base, and so it has an immediate source of hydrogen with no additional carbon footprint," says Warburton. "We are going to be watching and learning from their experiences over the next couple of years.”

It is indeed this emphasis on working with others, both in and outside the city, that is at the heart of the city's clean energy transition, according to Burnham.

“What makes Greater Manchester’s response to the climate crisis unique is the strength of collaboration, supporting policy and innovation across public and private sector partners, voluntary organisations and our universities, enabling a mission-oriented approach to tackling global environmental challenges," says the mayor. He cites the local area energy plans, which unite 11 public sector bodies and other organisations, as proof of this approach.

“To make the journey from idea, through innovation to demonstration and commercialisation, smoother, we are establishing an Energy Innovation Agency," adds Burnham. "This is a single point of entry to Greater Manchester for energy entrepreneurs – a partnership between local government, private businesses and universities – that brings together all the parties companies need to work with to enable their products and services to succeed."

Hannah Wright previously worked as an editorial assistant and reporter at Verdict Media. She is a graduate of Warwick University, UK, where she studied humanitarian engineering, and was president of The Climate Reality Project Campus Corp, helping advance the university's transition to net zero.
Websites in our network