For decades, it’s been common practice to plant beach grass to restore dunes, a process that helps communities like New York to better withstand storms. The practice is ever more critical to mitigate the worsening effects of climate change as well as the economic impacts of Covid-19, a recent report released by the World Resources Institute found. But the beach grass being planted at Coney Island is different, and it represents an important rethinking of coastal restorations. 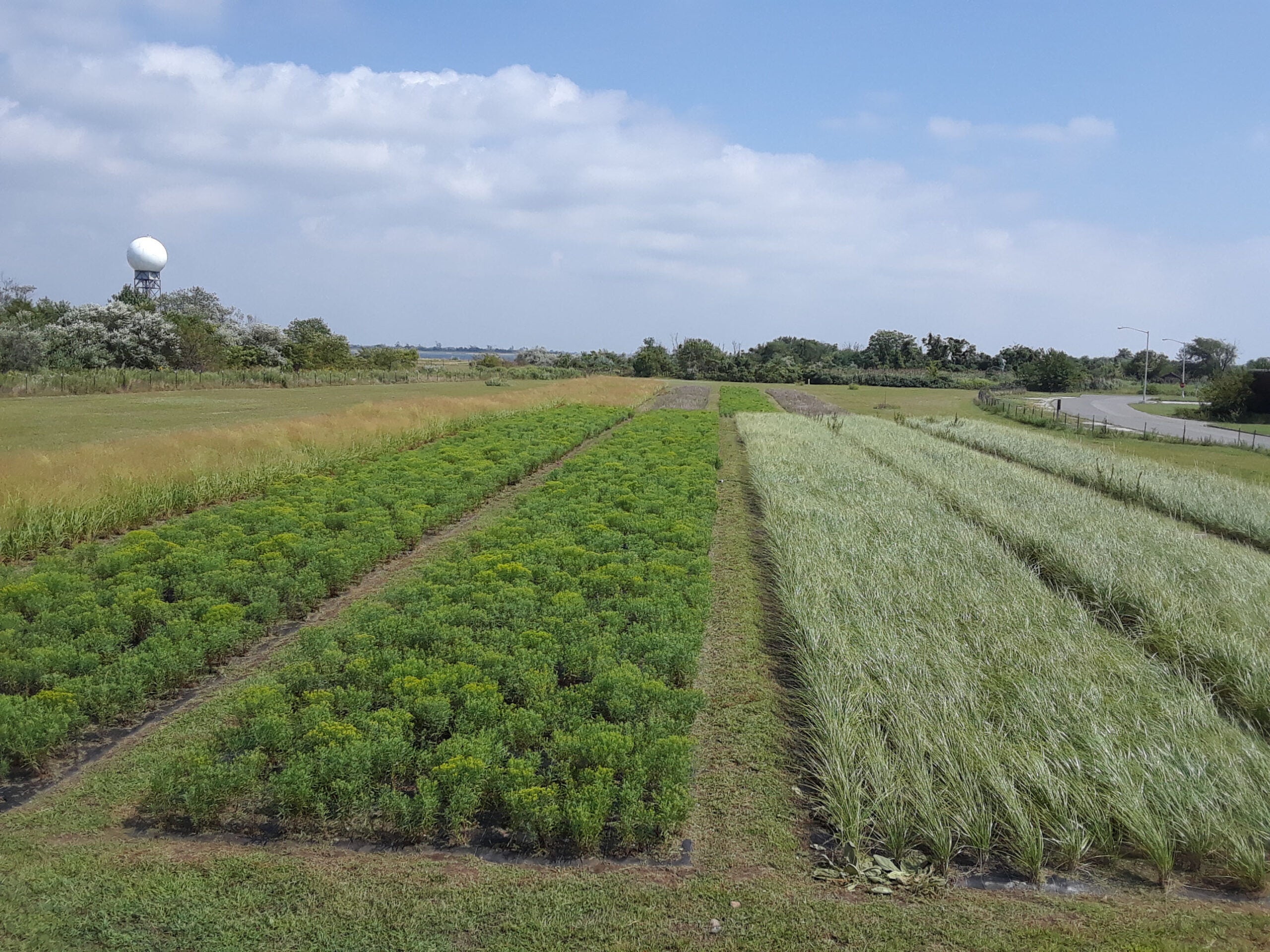 This genetically distinct population of American beach grass (the three light-coloured rows on the right) is being cultivated specifically to mitigate coastal erosion. (Photo by Michael Butts)

Michael Butts explains the process as he stands in the sand at Coney Island in Brooklyn, contemplating a grass-stubbled mound about 200ft long that’s surrounded by a flimsy wood slat fence. “This dune has got maybe a foot of elevation already, since March – that’s how fast it works,” he says.

“Once, Coney Island was a coastal maritime ecosystem, with fore-dunes and back-dunes and a salt marsh behind those. Then we bulldozed it all,” Butts says. “Now we know that what we thought of as a wasteland, we need to protect us from storm surge.”

The beach grass that Butt has planted on Coney Island for the past three years – to date, seven “pods,” each measuring 5,000 feet and containing 10,000 culms, or stems, plus a few other pods on Staten Island and in Queens – is a genetically distinct population of Ammophila breviligulata. It was collected wild in the Rockaways just before Superstorm Sandy hit in 2012 and wiped it out (along with 300 homes and 69,000 apartments). Butts is now propagating it at a nursery that’s part of the Greenbelt Native Plant Center on Staten Island, which is run by the New York City Department of Parks and Recreation.

By contrast, the beach grass that’s been planted by municipalities from North Carolina to Massachusetts since the 1970s is a monoculture: miles and miles of grass that’s genetically identical. According to Scott Snell, a natural-resource specialist at the U.S. Department of Agriculture facility in Cape May, New Jersey, where it’s produced, the grass was collected on Cape Cod. He says it was selected by researchers for its hardy reproductive abilities, then vegetatively cultivated – using plant parts rather than seed – to create clones. These “improved materials” were then distributed to nurseries supplying dune restorations.

The problem, says Greenbelt’s director, Ed Toth, “is that when you have a monoculture from [one genetically identical source], it’s potentially susceptible to all kinds of things”. Those factors run the gamut from the disease ravaging our global monoculture of bananas to the insects that wipe out monocultures of trees. Locally adapted varieties are likely more resistant to future disease and pest challenges in their own regions. But non-regional beach grass could outcompete those hyperlocal populations or crossbreed with them to make a less resilient strain, jeopardising dunes and the communities they protect.

No diseases or pests have befallen the USDA’s cultivar, although Snell says he and his colleagues watch out for potential threats. But Toth says maintaining “still-wild populations found in small, little pockets that are locally adapted” and genetically distinct is a prudent course of action.

Toth says there’s fervid interest in this among landscape managers who work on restoration projects but “no supply chain exists to meet this localised need”. In fact, Greenbelt is one of the very few municipal native-plant nurseries in the country. Still, some change is afoot. A vast project is underway to restore the flood-prone Los Angeles River that runs through that city. The plan calls for the use of native plantings. Toth hopes other cities will similarly embrace this shift.

Back at Coney Island, Butts shuffles over to stand before another beach grass pod. The stalks have had two years to grow and trap windblown sand into a three-foot-tall fore-dune, while its lattice of under-sand rhizomes holds that dune in place. Butts says he wants to introduce other native plants to work in tandem with Ammophila, but, peering closer, he’s excited to see that several have already popped up on their own: sea-rocket, purple sand grass, sandmat, cocklebur. In as little as five years, spurred by these plants, the dune could reach 15 feet and provide maximum storm surge protection.

Coney Island didn’t get pummeled by Category 1 hurricane Isaias this past July. But another Brooklyn beach planted with Butts’s beach grass did, and what happened there illustrates the power of the dune. “There was great mitigation at Plumb Beach, and no infrastructure was damaged – as opposed to when Sandy hit and inundated that area,” he says.

Butts says the current (slow) course of Ammophila planting isn’t enough to meet future dangers. For that, his pods need to be connected into continuous dunes, habitat needs to be built back elsewhere along New York’s waterways using Greenbelt’s natives, New York Harbor’s manmade oyster reefs need to be expanded, and the city needs to invest more in storm drains, bioswales and rain gardens.

“It’s gotta be all of it,” Butts says. “That’s the only way to have this whole community protected.”