The impact of air pollution on human health is well-documented. We know that exposure to high levels of air pollutants raises the risk of respiratory infections, heart disease, stroke, lung cancer as well as dementia and Alzheimer’s disease. But there is growing evidence to suggest that air pollution does not just affect our health – it affects our behaviour too.

Lead was removed from petrol in the USA in the 1970s in response to concerns that vehicle emissions could be contributing to behavioural problems, learning difficulties and lowered IQ among children. In particular, childhood exposure to lead increases traits such as impulsiveness, aggression and low IQ – which can influence criminal behaviour. Taking lead out of petrol has since been linked with a 56 per cent drop in violent crime in the 1990s.

Short-term exposure to air pollution, especially sulphur dioxide, has been associated with a high risk of hospital admissions for mental disorders in Shanghai. And in Los Angeles, a study concluded that higher levels of particulate matter pollution increases teenage delinquent behaviour in urban neighbourhoods – though of course these effects are compounded by poor relationships between parents and children, as well as social and mental distress on the part of the parents.

It now believed that exposure to air pollutants can cause inflammation in the brain. What’s more, fine particulate matter is harmful to developing brains, because it can damage brain and neural networks and influence behaviour.

Recent research from the UK provides provides more information on this issue, by comparing data for 1.8m crimes over two years with pollution data from London’s boroughs and wards. The analysis considered factors such as temperature, humidity and rainfall, days of the week and different seasons.

The air quality index (AQI) reports how clean or polluted the air is each day. Researchers found that a 10 point raise in the AQI increases the crime rate by 0.9 per cent. Levels of crime in London are therefore higher on the most polluted days. The study found that air pollution influenced crime in London’s wealthiest and poorest neighbourhoods.

Specifically, the findings linked higher air pollution levels in London to increases in petty crime such as shoplifting and pick-pocketing. But it is worth noting that the researchers found no significant impact on serious crimes such as murder, rape or assault resulting in severe injury.

Exposure to poor quality air can increase the stress hormone cortisol, which can influence risk perception. Higher levels of risk taking is one reason why there is a rise in criminal activity on polluted days. The researchers conclude that reducing air pollution could reduce crime. 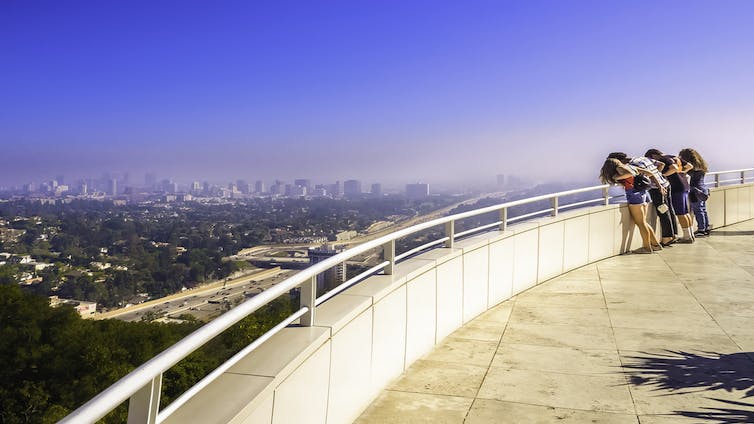 It is becoming clear the effects of polluted air goes beyond the well-known impacts on health and environment. Yet air pollution remains high in many countries. According to the World Health Organisation, nine out of ten people worldwide are now breathing in toxic air.

There’s still a lot we don’t know about how individual air pollutants can affect health and behaviour, and how this differ with gender, age, class, income and geographic location. The link between high levels of air pollution and increases in type of behaviour requires further robust evidence to determine a stronger causal link.

But there’s plenty of evidence to prove that poor air quality is bad for both our physical and mental health. Concerted action by national and local government is required to tackle the problem by developing more sustainable transport, efficient and renewable energy production and use, and waste management.

The UN BreatheLife campaign is now challenging citizens to take action by leaving their car at home and use alternative forms of transport for at least the distance of a marathon (42km/26 miles) for one month. We all have a role to play in ensuring we can all breathe clean air, and gain the benefits of improved physical, mental and social well-being.