On the topic of sustainable practices and environmental policy, there are a lot of hot-button issues. Plastic waste, landfills, pollution, and much more. You can turn on the news almost any day of the week and hear about these issues as they pertain to various cities across the world.

One area that is highly under-discussed is the issue of overfishing and how it impacts coastal economies, communities and ports – from cities such as Chimbote in Peru to Tromsø in Norway. Our resources are being dramatically exploited every day with as much as 5% of the ocean’s known fish species on the IUCN red list. This means they’re at risk from extinction, and while the risk is clear and apparent to megaship operations, they continue to fish our waters at unsustainable levels.

With the dramatic increase in fish farms, the people that feel the impact the most are the communities that rely heavily on fishing for their primary commerce. Fish offers a healthy source of dietary protein for more than three billion people and this is especially true in developing nations. Loss of quality fish stock not only increases the price of fish but also lowers the quality of what is available to the people in these communities.

Ten years ago, developing countries made up more than 50% of the fish trade but this is no longer the case today.

Government subsidies have absolutely destroyed these seaside communities by funding megaship operations that can fish faster and more recklessly than smaller family-run businesses can.

These vessels sweep through the water, destroying everything in their paths, and fishing the waters dry.

What impact does overfishing have?

The people who are impacted the most are those living in the communities near the water who rely on the ocean to put food on their tables. Overfishing has led to record-high unemployment with many local fisheries having to shut down because they can’t compete with the prices that the large ships are charging for their fish.

If all of this wasn’t enough, the worst thing that overfishing has caused is complete eradication of many fish species. Some 90% of all predatory fish are gone, we’ve fished many fish stocks to extinction, and various fisheries throughout Europe and Asia have been completely destroyed due to lack of resources.

The reality is that a lot of this could be avoided with more strict regulation and more supervision. A lot of the powers in place of ensuring overfishing doesn’t happen are actually the ones pumping money into the megaship operations that are depleting our waters. The only way to stop the bleeding is to cut off funding to these ships but that would leave a major dent in the food supply chain and could cause a lot of people to go hungry.

[Read more: How Bergen is moving from oil and gas towards a net-zero blue economy]

There is no exact area where the problem is worse than the other because it happens all over the globe. South East Asia is well known for their overfishing issues but Africa is on the map now as well. The continent loses billions of dollars each year as a result of illegal fishing.

“Pirate Fishing” forces a lot of these communities to reduce the prices of their fish to keep up with the market, which means they make less money and ultimately, consume less of their catch. This issue leads to malnutrition and a continuous struggle to develop growing nations.

What can be done to stop overfishing?

Thankfully, there are efforts in place to help combat overfishing and revitalise these coastal cities. Greenpeace is a popular organisation and pioneer in these efforts. It suggests countries start developing regional fishing organisations to reduce the number of illegal trawlers allowed within so many miles of the country’s shoreline.

In Africa, it developed The World Bank’s West Africa Regional Fisheries Program (WARFP). This organisation uses training and monitoring through the use of fishing technology to track trawlers and photograph them. The result was millions of dollars collected in fines from megaship operations.

Many countries are also developing dedicated fishing zones and considering them “conservation” areas that only allow residents of the country that share that coast to fish there.

These efforts are essential in protecting coastal urban areas across the world. Whether it’s a small town in Africa or a beach in California, overfishing is something happening all around the globe and very few countries are innocent. The only hope is that with strict regulation and better surveillance, we can reduce the number of illegal fisheries and help revitalise the communities that rely on fish for food and commerce. 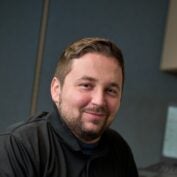 Coty Perry has spent the better part of his life bass fishing. For the past few years, he has focused much of his time on spreading awareness of overfishing and its consequences.
Websites in our network