In an attempt to tackle its debts, Network Rail intends to sell off its 4,455 railway arches – worth more than £1bn – to a single private developer. Potential buyers include Goldman Sachs and the Wellcome Trust, Blackstone and Terra Firma. A group of arch tenants – The Guardians of the Arches – has teamed up with the New Economics Foundation and the East End Trades Guild to present a petition to the UK government, asking for the sale to be called off.

Under the custodianship of Network Rail, small businesses have long found refuge under the arches. Research in London has revealed how cheaper than market rates have allowed traditional firms, such as mechanics and metal workers, to remain in urban areas beset by rising prices. Meanwhile, the spare spaces provided by the arches have allowed new creative makers – breweries, bakeries, cheesemakers and the like – to flourish.

Railway arch rents have, in fact, already been rising at alarming rates in some parts of London, as Network Rail tries to bring them in line with neighbouring commercial values. But now there are fears that a new private owner might be unscrupulous in setting rents, and force out smaller, lower-value businesses.

This would be a shame. Railway arches have long been a lucky anomaly in the UK – a remnant of publicly owned commercial space within a property market dominated by fierce private sector competition. Selling the arches will mean losing a (perhaps accidentally acquired) public policy lever – the ability to protect and encourage small business in cities, as commercial rents rise. 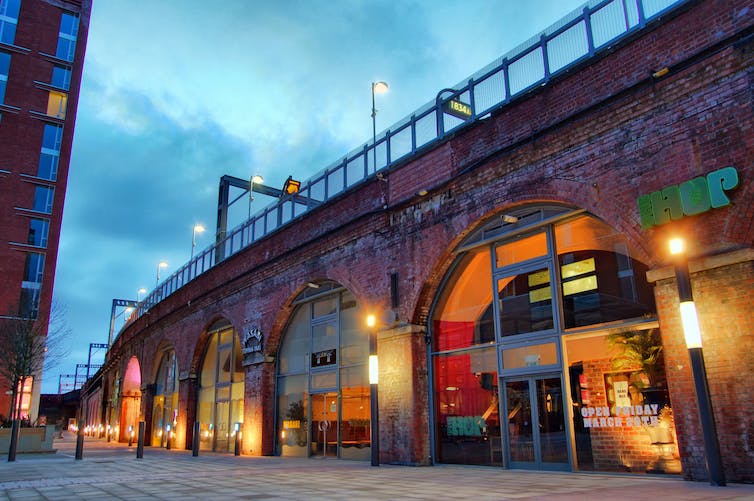 As well as being relatively affordable, railway arches have traditionally offered a number of other spatial advantages to their tenants. Their adaptable interiors and open structure invites architectural experimentation; for instance, adding partitions and mezzanines. As they grow, businesses can also expand into adjacent arches.

This adaptability may be one reason why some arch tenants remain in the same place for a long time. One set of arches used by taxi repair firms in Bethnal Green, London, for example, has hosted this same industry for over 20 years. The arches are often beset by problems – including noise (from trains thundering above) and damp – leading arch tenants to argue that they should not be leased at the same commercial rates as neighbouring buildings.

But the open and messy spaces of the arches are often perfect for so-called “dirty creatives”, who find it difficult to find a place to work alongside offices or flats, due to the noise or dust they create. Arches often have continuous facades, which means they can function like industrial high streets – they are accessible to the passing public, allowing arch tenants to both produce and sell directly to customers. 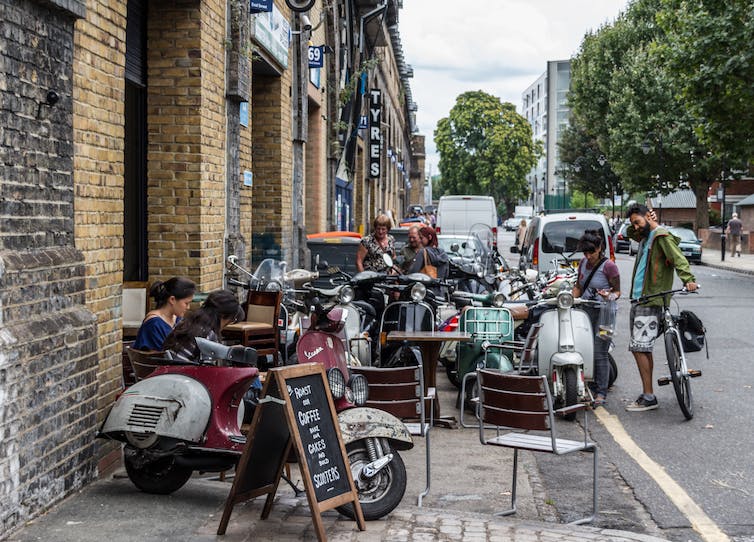 Unlike segregated industrial estates, arches are often found within residential areas, bringing commercial life into the neighbourhoods. The large doorways and open fronts of railway arches encourage communication between businesses, which may in turn help small businesses to innovate and grow.

The plight of the railway arches highlights a broader lack of affordable commercial space for manufacturers and repairers in British cities. An ongoing research project called Cities of Making – involving universities from London, Brussels and Rotterdam – found that manufacturing firms are having to leave inner city London, due to a lack of affordable space and rising business rates.

Even maker spaces – the small studios or workshops heralded for offering exciting new opportunities for people to start up small-scale production lines through sharing new technologies – are being priced out or forced to contract in east London.

While negotiations on the Network Rail sale still have a long way to go, one option that the government might consider is inserting a clause to stipulate that a percentage of the railway arches (wherever they are located) are let with affordable rents. Another possibility – even if the sale goes ahead – might be for local authorities to be given the option to sublet sets of arches in their boroughs to safeguard space for small businesses and help existing firms to remain.

In an era of rising inequalities, such actions may be essential to creating inclusive growth, and preserving a local economy that provides a diversity of jobs and services.