It is easy to romanticise about escaping to the country, with its clean air, green space, and idyllic views. But our latest research, a review of 39 studies from around the world, suggests the need for a bit of an adjustment: it turns out that people living in rural locations are less likely to survive cancer.

We previously found that people in the northeast of Scotland who live more than an hour away from a cancer treatment centre are more likely to die within the first year after their diagnosis. We were interested in whether studies from other parts of the world also found differences between urban and rural cancer survival. We also wanted to understand reasons why people living rurally might be disadvantaged.

We examined studies that observed people with cancer over time. The studies calculated the risk of a person dying from cancer depending on whether they lived in urban or rural locations. One of the things that can complicate research comparing urban and rural living is that pockets of poverty can exist geographically, and poverty negatively affects cancer survival. For this reason, we only included studies that accounted for deprivation levels.

The 39 relevant studies that we found were all from developed countries, mostly the US, Canada, the UK and Australia/New Zealand. They covered a large variety of different cancer types and involved more than 2m people. Thirty of these studies found a clear survival disadvantage for rural people compared to their urban counterparts.

We wanted to find out exactly how much of a disadvantage rural patients had and we were able to aggregate the results of 11 of the studies. This led us to conclude that rural people are 5 per cent less likely to survive cancer than those living in urban areas.

The authors of the original studies suggested reasons why people living rurally might do worse after a cancer diagnosis. It is possible that they behave differently to city dwellers. They might be more likely to smoke or consume more alcohol, for example. It is also possible that rural people are more stoical, and might put off seeking help for symptoms. 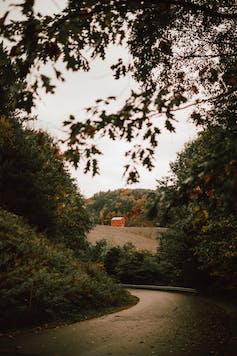 Access to services is also likely to be important. Most developed countries centralise their specialist cancer services within major cities, and this could potentially lead to disadvantages for rural people.

Some studies suggest that patients who live far away from specialist centres might be treated differently – not receiving radiotherapy, for example. Travel burden, transport infrastructure, and the way that cancer services are organised are important considerations. It might be, for example, that people in rural areas are more likely to avoid long journeys to city hospitals for treatments that will only make small improvements to their life expectancy.

Whatever the case, more research is needed to determine exactly which factors are at play, and which are the most important. Equally, it raises questions about survival rates for other illnesses in people living in the countryside.

There are many advantages to living in rural areas, and we are certainly not suggesting that everyone should move to the city. The big question is what we could do to improve cancer outcomes in people who live far away from cancer centres. Recognising that there is a problem is a good starting point, and research to build a deeper understanding of the problem could be coupled with innovative strategies to reduce rural cancer inequality.

One area of promise is digital/communications technology, such as getting people to communicate with clinicians via the internet. Possibilities would include everything from more automated appointment reminders to apps that help people to examine themselves online. On the whole, however, we need to better understand the problem better before we start proposing solutions. Having established that there is a definite disadvantage to living in the countryside if you have cancer, we now need to get to the bottom of it.