Over the past decades, cities have provided a more diverse and attractive place to live than farmlands, claims ecologist Arnout-Jan Rossenaar. In his job at Staatsbosbeheer, the state-owned land management and conservation organisation in the Netherlands, he is in charge of managing different types of landscapes in the Amsterdam region. “The city is a great biotope, in part because it is a heat island where humans help to create biodiversity,” he says. “For instance, fig trees have sprung up in over 50 places in Amsterdam, mostly close to Turkish shops. Why there? Because consumers buy figs there and spit out seeds between the bushes during their walk.” 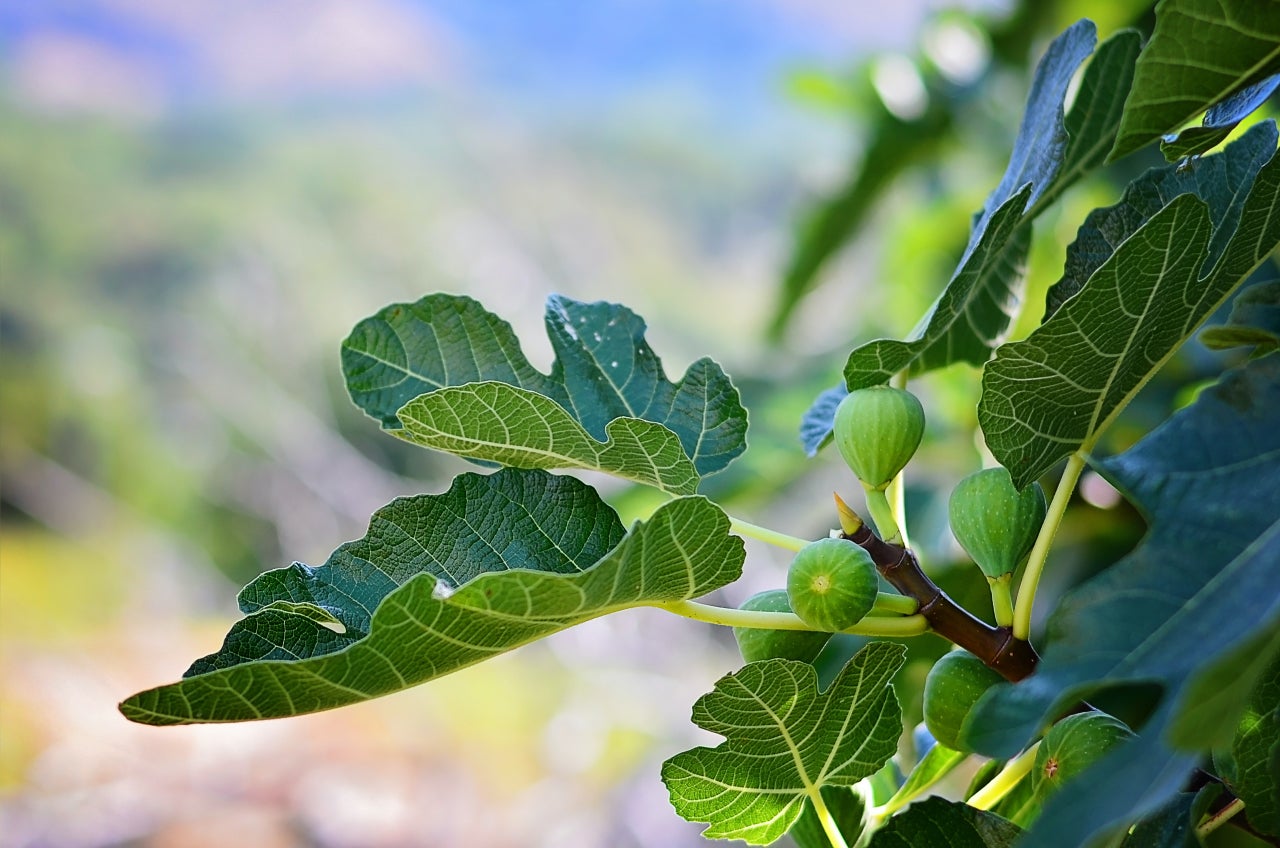 Fig trees have sprung up all around Amsterdam. (photo by Magdalena Kowalik/Shutterstock)

Although this might sound encouraging, scientists have painstakingly pointed out that biodiversity in general terms is rapidly declining. Elena Pearce is one of these scientists, currently based in the Center for Biodiversity Dynamics in a Changing World in Aarhus (Denmark), for the TerraNova programme. She is studying historical data in order to find out more about the kind of habitat in which animals lived in Europe, before the existence of humankind. “To people who ask me if the aim of my research is to recreate the past, I answer: no, we live in a different time,” she states. “There are so many positives to humanity. But in order to make those positives enhance biodiversity, we need to study the past.”

Although most academic studies on biodiversity set alarm bells ringing, other studies point out that landscapes have continuously changed in appearance throughout history. In order to prove this, pollen records that have remained preserved for thousands of years meters below ground level are examined by scientists such as Pearce. “The data tells you which plant species used to exist in a certain place,” she explains.

Research based on previous studies of pollen records has, however, proved unreliable. But scientific methods are becoming more advanced, says Pearce, arguing, “Trees like birch, elm, alder and ash were overrepresented because they produce far more pollen than others. Recently developed models take in new data that accounts for differences in pollen productivity and dispersal. These models allow more precise reconstructions of the landscape and the species that existed in it.” 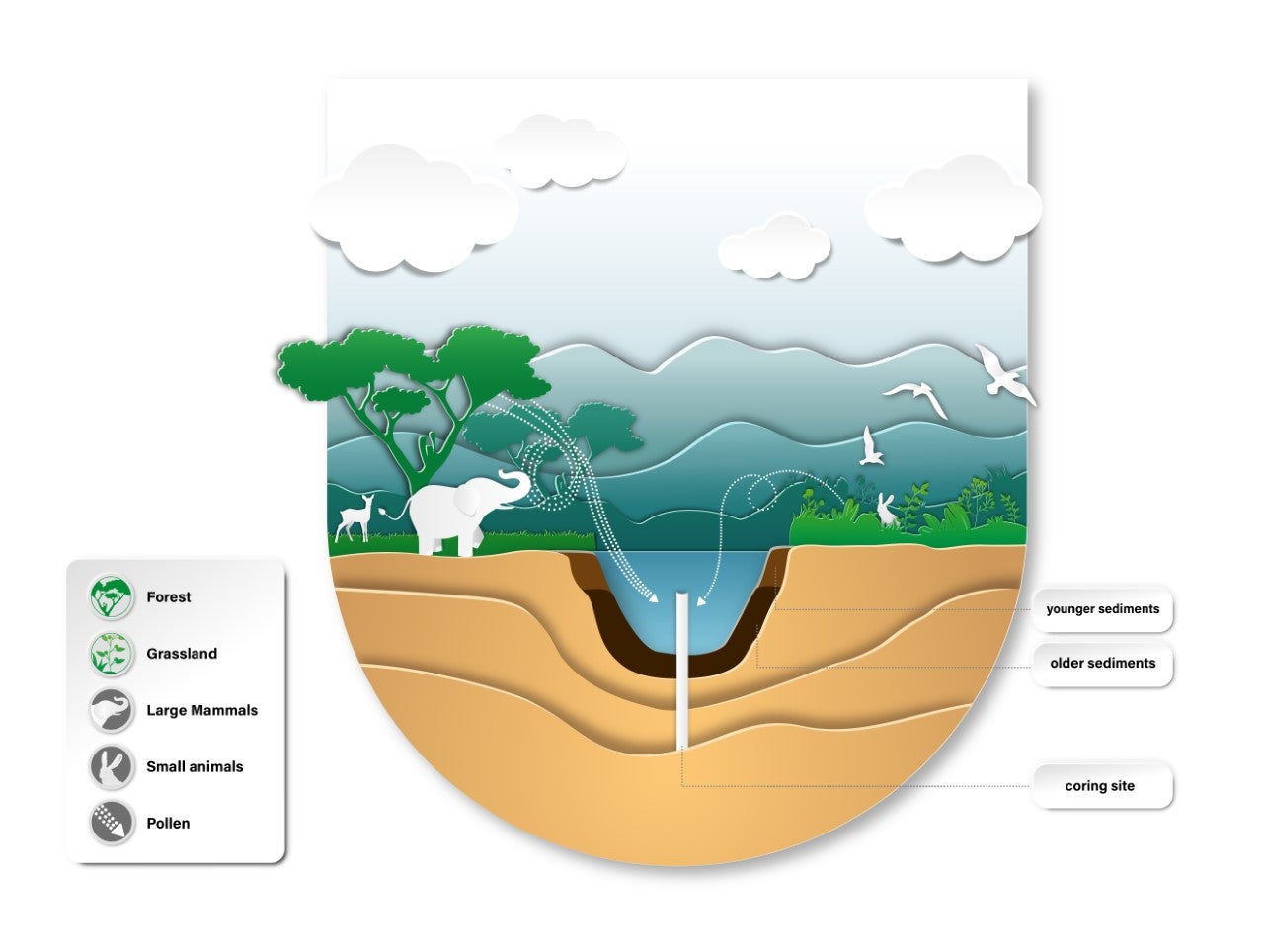 Looking for pollen records in earth layers to find out which kinds of flora used to exist in that area. (Image courtesy of the author)

Pearce would like to see this kind of historical information taken into account to inform decisions on the future management and design of landscapes, but she’s not convinced that this is happening. What she does observe is a focus on large-scale tree-planting initiatives, which she questions: “The picture that is often painted of Europe as one large forest is a romanticised one and is perhaps based on folklore. Tree planting might be effective in offsetting carbon emissions, but [it will] also create homogenous landscapes with limited biodiversity.”

Pearce believes this desire to control our natural environment is what’s actually causing the current biodiversity crisis. “We shouldn’t be so caught up with preserving a fixed state. Instead, we should focus on creating heterogeneous, dynamic and self-sustaining environments.”

Cities have a role to play

Over the past couple of decades, many ecologists like Rossenaar have pointed out that cities have become attractive habitats for plant and animal species: “Over the past decades, urban nature has become much more diverse than farmlands in the Netherlands.” His claim is substantiated by sightings of species that used to ‘belong’ in the countryside, such as kingfishers. “They generally tend to stay away from humans and therefore look for the quietest places, preferring to stay unnoticed. But now they breed in all kinds of places including parks in the centre of the city.”

Could a change in human attitude towards nature help to halt the decline of biodiversity? If that’s to happen, attitudes towards the design and management of parks have to change accordingly, according to Amsterdam alderman Marieke Van Doorninck, in an interview in Dutch newspaper De Volkskrant: “We now know that cluttered greenery creates higher levels of biodiversity than neatly arranged parks. As a municipality, you have to deal with this in a relaxed manner.”

Rossenaar understands what kind of attitude Van Doorninck is referring to. He regularly talks to urban dwellers that spend their leisure time in woodlands and open peatland areas. “They are becoming more aware of nature. Some of them are also taking out tiles in the pavement to make tiny gardens in front of their homes. Others are creating greener gardens. I think that group is growing.”

This article is part of the series ‘Future Making in the Anthropocene’ that focuses on imagining better-balanced future scenarios for European cities and landscapes, made possible by the support of the Creative Industries Fund NL.

Teun van den Ende is a writer based in Rotterdam covering architecture, city development, landscape and cultural heritage.
Websites in our network