Good quality, affordable housing is of vital importance to people’s sense of identity, health and general well being. But in the UK we don’t have sufficient housing that is affordable, of sufficient quality, and in places that people want to live in order to be able to provide the requisite conditions for making a house a home.

My research identified a number of elements required for a sense of “home” that are inherent in this sense of well being and which go beyond bricks and mortar. These elements of home reflect our need for security, safety, privacy, quality of space, connectedness and affordability.

This year marks the centenary of the Housing and Town Planning Act (1919) – better known as the Addison Act, after the first minister of health Christopher Addison who brought it to parliament. The Act led to the first government-backed, council-led house building programme of affordable homes. As a doctor, Addison knew about the terrible impact of lamentable slum housing conditions on their inhabitants and the transformative potential for health of good housing.

This meant that housing built under the act was not to be in back-to-back, overcrowded streets. While the programme was initially successful and led to considerable slum clearances, it did not reach the potential envisaged. By 1922, in The Betrayal of the Slums Addison bemoaned the rowing back of promises, saying that the provision of quality affordable housing:

… may be drab and unattractive in its detail, but in its nature and in its fulfilment, it is heroic. It is worthy of sacrifice and of all the powers of discipline and statesmanship that we possess. We should, moreover, throughout the years of work be conscious that the pledged word of the British people to the living as well as to the dead remain unbroken.

One hundred years on, there are calls for the sector to be supported to once again take an Addison approach. Homelessness figures in many of our cities are rising and it is difficult for young people to access decent housing they can afford on the private rented market, let alone to become owner-occupiers themselves. 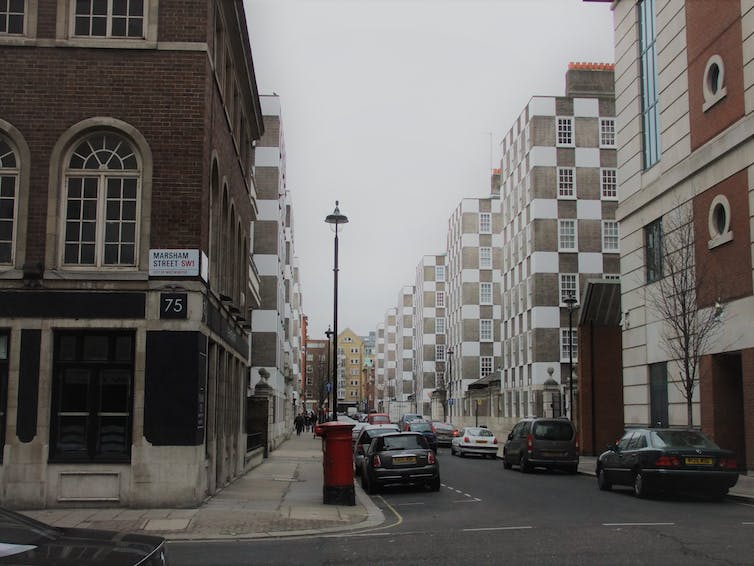 The number of new housing starts was down by 9 pre cent at the end of the first quarter of 2019 compared to the same period last year. The Market in Minutes report produced by estate agent Savills explains that this is because housebuilders are:

But of course they are “maintaining margin discipline” – private-sector house builders must keep the best interests of their shareholders at heart and ensure a profitable return on their investment.

While the number of affordable starts by housing associations rose by 31 per cent last year, just over half of these were delivered through Section 106 agreements with house builders.

This is a mechanism through which councils can require developers to provide public facilities as a condition of granting planning permission – for example roads, a new school, a leisure centre or, indeed, a percentage of affordable units in a housing development otherwise for rent or sale at market rates.

There has been improved planning guidance to try and minimise the game-playing by which developers reduce the number of affordable homes on claims that the entire development would not otherwise be financially viable. Nevertheless, the fate of providing affordable homes on a grand scale cannot be left to small victories from such planning gain alone.

So long as the UK continues to expect the private sector to be the chief means of delivering new housing, the rate of house building will continue to disappoint. We must escape this private-sector straitjacket in order to provide affordable housing at the scale at which it is urgently needed.

What makes a “home” is so much more than bricks and mortar. The physical structure is the starting point, but it must have sufficient quality, security and privacy to make it home. It’s not true to say that only public housing can provide this – there are some socially conscious private landlords too.

But housing is built and treated as a private commodity, rather than a social investment with society-wide benefits. Government policy tends to fetishise the potential of the private sector instead of focusing on the return on investment at a societal scale that providing social homes could offer.

The Local Government Association recently launched its #CouncilsCan campaign following the government’s decision to lift the spending cap that has for decades all but eliminated the power of councils to build homes. The campaign aims for councils to build 100,000 houses a year. But a budget for social house building is looking less likely following speeches by the new secretary of state for Housing, Communities and Local Government, Esther McVey, who is more from the mould of the “dream” of home ownership.

In his first speech as prime minister, Boris Johnson pledged £3.6bn as part of a package of infrastructure and travel measures aimed at boosting forgotten towns, largely in the north of England. Such announcements are welcome, but will the man who famously got stuck on a zipwire have the dexterity or inclination necessary to turn this into the game-changer it needs to be?