Many facets of British life raise eyebrows abroad – the liberal use of an “x” at the end of almost every text message is a case in point – but few provoke the same panic and despair as the discovery that the nation washes its dishes in a plastic tub. 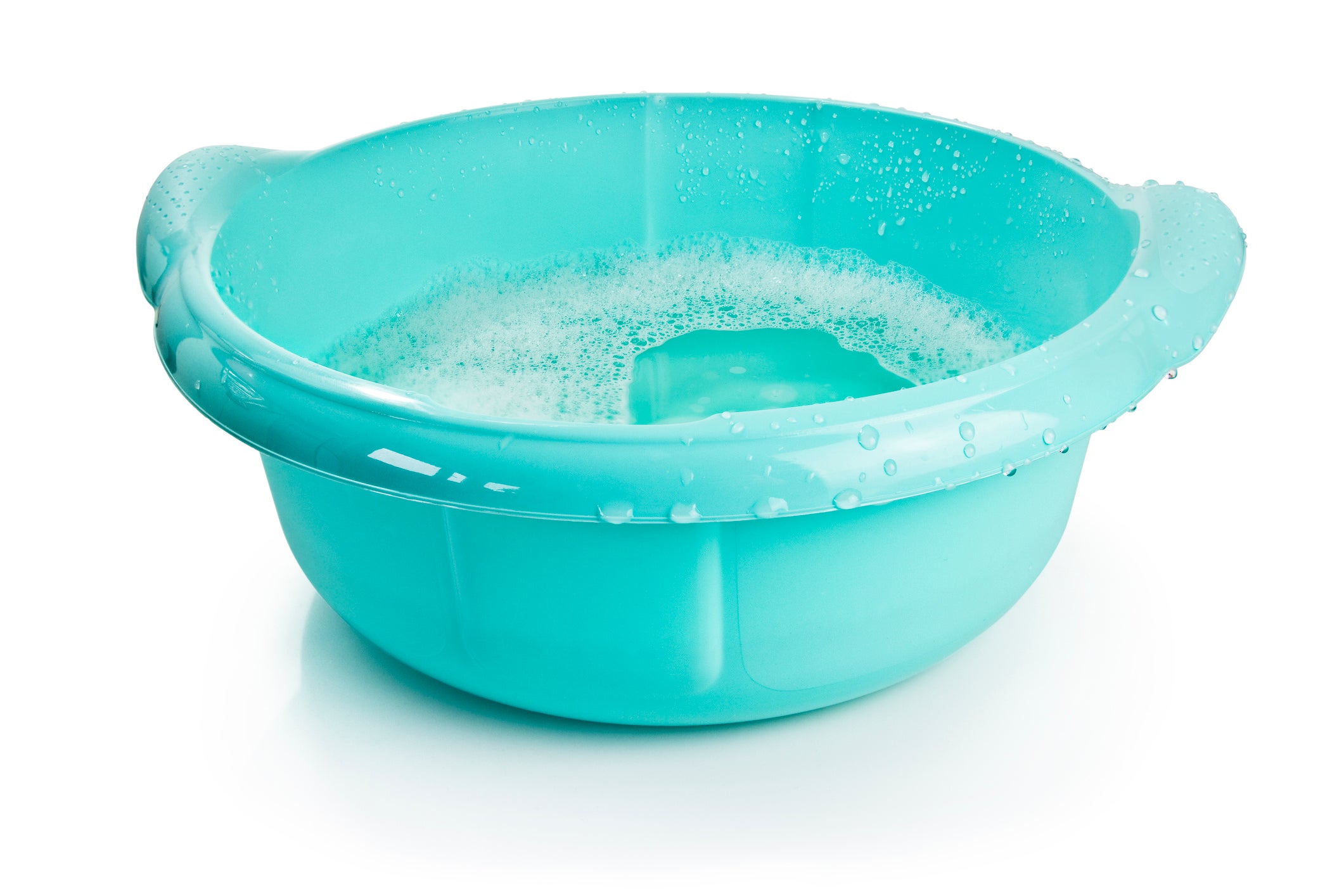 The classic washing up bowl. (Photo by Slav/iStock)

When a picture of a classic British washing-up bowl was posted on Twitter recently – with the caption “Lord save me from anyone who washes their dishes like this” – tens of thousands of people joined the debate. Some daredevils defended the bowl, but the majority held that the practice was anything from “gross” to “traumatic”. On Reddit, too, concerned citizens of other nations ask each other: “Why do British people have a ‘washing-up bowl’ in their sinks?”

British people’s affection for washing up by hand is real, and we can see this from how few dishwashers the UK buys. Among large EU countries, only Romanians are less interested in owning a machine.

While this may stem from a cultural devotion to the hallowed bowl, it’s more likely the result of another household oddity: in the UK, washing machines are often found in kitchens, as opposed to separate utility rooms as they are in continental Europe and North America. British kitchens have less space for dishwashers.

Non-Brits find having a washing machine in the kitchen hilarious (as well as unhygienic, which it is). But the idea of bringing smelly socks near food preparation surfaces apparently pales in comparison to the shady plastic tub in the sink, its fleet of mugs bobbing in the oily foam.

The scandal lies not just in the extent to which Brits use the washing-up bowl, but also the manner in which they use it, as one French postgrad student in the UK discovered.

“I came back home and there was this greasy bucket thing, filled with... everything,” recalls Helen Perrier of her first week in halls at a UK university. “Hours later, my British dorm-mate finally washed up, but then left stuff to dry with soap bubbles all over. No rinsing. I think I called my mother.”

At its worst, the British washing-up bowl is used as if it is itself capable of washing dishes: pans, plates and cutlery are dumped into hot water with a dash of Fairy liquid, and left to marinate for hours in a greasy, primordial soup before being given a quick scrub and left on the drying rack, without being rinsed, to let gravity do the rest.

Not everyone descends to these levels. The long-established process taught in “food tech” courses provided by UK councils and schools instructs that different items should be washed at different stages, and that the water in the bowl should be drained and refilled if it becomes greasy, too cool, or if the soap suds disappear. Most importantly, all items need to be rinsed post-scrub, under a running tap or in a separate bowl or sink. The washing-up bowl itself should be cleaned and left to dry, as bacteria can breed in scratches on the plastic surface.

Not rinsing is clearly depraved, and may contribute to the stereotype, held by some abroad, that Brits have poor personal hygiene (one that is not borne out by surveys of handwashing or tooth brushing). Even the Victorians knew better: Mrs Beeton’s Book of Household Management (1861) frequently mentions the need for rinsing, as well as tailoring washing-up for different items. There’s a whole section devoted to “how to wash butter knives”. Is it that the Victorians valued and cared for their material items more than the era of disposable consumerism – and took their health less for granted than we do today? What explains the no-rinse depravity?

It may be that the blame lies with the advertising of one of the stalwarts of the British kitchen: Fairy liquid. One theory is that, during the 1960s, the brand's promotion of its bubbles as healthy made rinsing seem impractical and unnecessary. To this day, the brand’s influence and dominance over the UK washing-up liquid market remains very strong.

However, there may be a more widespread explanation: Britain has Europe’s oldest housing stock. Many UK kitchens only have one sink, while in the US and continental Europe, more homes use newer double sinks (designed to allow people to scrub in one and rinse in the other).

It is also cheaper to fill up a washing up bowl with hot water than it is a sink, especially in the UK, where older sinks – especially the renowned "Belfast sinks" – can be larger. This, too, may help to explain the washing-up bowl's place in British culture: the UK has relatively expensive water, and in the past, when water and heating were even more expensive and less widely available, a small bowl made sense.

Many people in and outside the UK argue that filling the sink or bowl is more economical than washing dishes under a running tap, and therefore more eco-friendly. This is probably true, if one leaves the tap running the whole time. Many online guides advocate briefly rinsing each object, scrubbing with the tap off, then rinsing again, which would use less water – but who has the self-control for so much tap work?

And here another quirk of British design comes into play: UK residents commonly have separate hot and cold taps, whereas single mixer taps have long been the norm in Europe. In many a British kitchen, tap-washing is a choice between less effective cold water or scalding heat, whereas a bowl allows for temperature control. In short, then, the washing-up bowl is another symptom of the UK's dysfunctional housing market. Britain's addiction to period property – Georgian, Edwardian and Victorian houses fetch higher prices in the UK – has helped create a culture that largely views dishwashers as an unnecessary luxury (when they can actually be cheaper, greener and more hygienic than washing by hand). Perhaps if more new homes were built that put people and hygiene first, Brits would stop doing the dishes as if it's the 1950s.

Topics in this article :
Websites in our network