The UK is on course for the highest death toll in Europe after it changed the way it recorded its daily figures yesterday.

Statistics for the UK now include a total of those who have died after being confirmed positive for Covid-19 in care homes and the wider community – in line with many other European countries such as France and Italy.

It is unclear whether the totals for the US and Spain include these figures.

What is clear from the figures is that even if the US has passed its peak – and that in itself might not be certain – getting the daily death toll down will be a much more difficult job. Deaths there rose by 2,612 yesterday – the highest for some time. 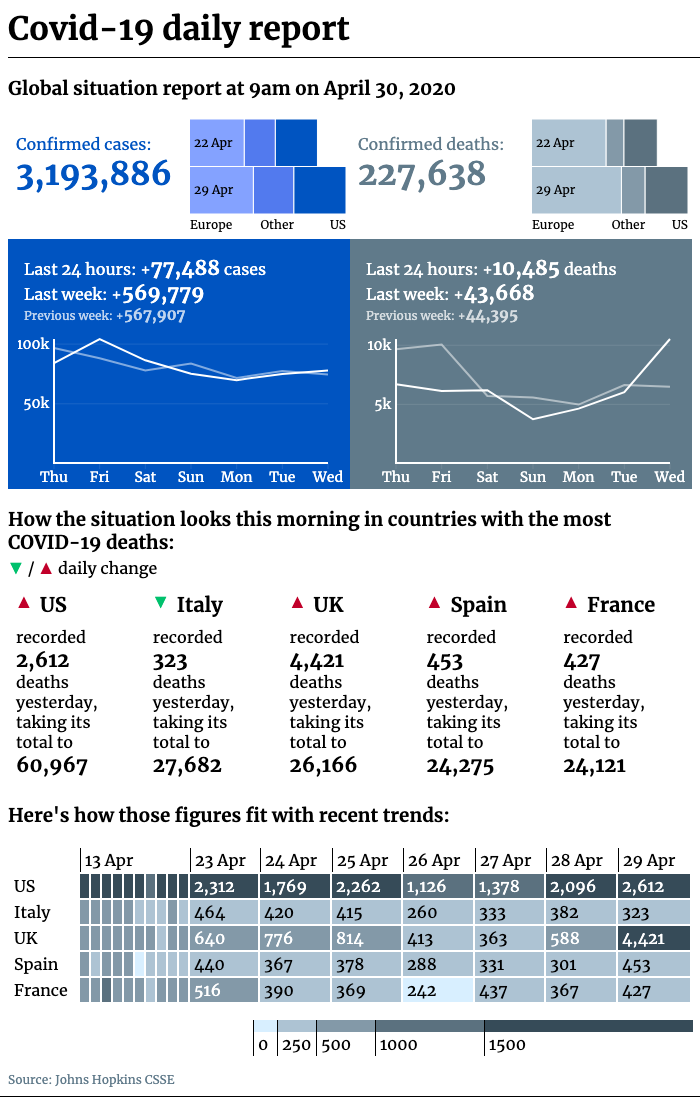 This article is from the CityMetric archive: some formatting and images may not be present.
Topics in this article : Coronavirus