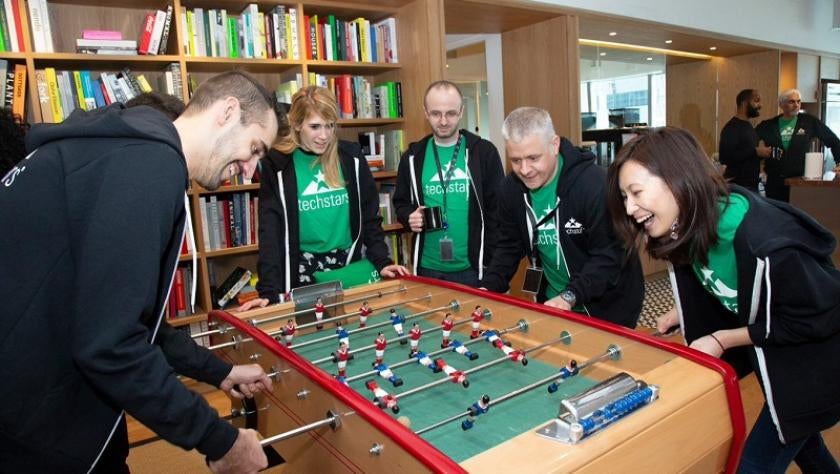 If you’re a part of the tech world, you’ve most likely heard the Techstars story and perhaps wanted a piece of that investment pie. Founded in 2006 by a team of tech entrepreneurs and venture capitalists, the US-based tech accelerator now has programmes in more than 35 cities worldwide.

Techstars has made a name for itself because of a prescient ability to choose and mentor successful start-ups: the 2,157 companies it has worked with in the past 14 years have raised a combined total of $9.3bn in funding, and many are now household names: ClassPass, Contently, Digital Ocean – and of course SendGrid, which became the first start-up from an accelerator programme to be publicly traded (NYSE) and which was famously bought last year for $3bn.

But aside from graduating successful founders, Techstars is known for something else – accepting only 1% of the companies that apply to its accelerator programme. “Elite” doesn’t begin to cover it, and while that rigour has only increased the company’s notoriety and fame, it’s not something that’s going to change anytime soon, says Vijay Tirathrai, managing director of Techstars UAE.

“It’s true that we only accept the very best,” he confirms. “It honestly takes around nine months, maybe longer, to go through the whole process of recruiting and reviewing. It’s a thorough and careful process, and it ends up with ten global companies each year to be incubated in Abu Dhabi, who we take forward into the next round.”

The ten start-ups chosen last year were from countries as far apart as the UK, US, the Netherlands, Turkey and Ireland, and each were given $120,000 in investment as well as going through the accelerator programme based in and run in partnership with Abu Dhabi’s leading tech ecosystem, Hub71.

Hasan Tosun, founder of the property and cleantech company SensGreen, said it wasn’t just the Techstars Hub71 programme that was such a boon to his start-up but the opportunity to be accepted into the Hub71 Incentive Programme, which offers start-ups 50% to 100% free housing, health insurance and WeWork x Hub71 office space for up to three years at no equity, to reduce upfront costs.

SensGreen is one of six Techstars alumni that made it into the Hub71 programme and have since taken the leap to set up in Abu Dhabi’s vibrant tech community. “Techstars and Hub71 have really been our dedicated partners in up-selling and improvement,” says the Turkish entrepreneur. “They’ve introduced us to companies and clients, marketers and investors – all of which helped to make us better.

“As a tech entrepreneur who has come to Abu Dhabi now, I’ve not only expanded my network, but it’s also made me a better businessman – allowing me to make decisions in a better way and make critical decisions faster.”

Mentorship is a key part of Techstars’ approach, says Tirathrai, and all of the decision makers who are part of the reviewing panel for Techstars’ varied accelerator programmes have walked the walk. “All our managing directors have led the entrepreneur life,” he explains. “So they’ve gone through the difficulty of standing up a company, getting funding, building it up and even exiting those companies they sell – so they can relate to start-up owners.

“But more importantly, they know the tell-tale signs of an entrepreneur in start-up mode. And that gives us our ability and a skill set to be able to be sharpened enough to pick the right companies to “bet on”, if you will – we have the experience to determine who are the founders who are fit enough to run the full race and journey of success, as opposed to just those who have wishful thinking about an idea.”

“In short,” Tirathrai adds, “we identify founders who have potential to be local champions with global ambitions.”

If you’re a tech entrepreneur who thinks you can run the gamut with Techstars, you’re in luck – the Abu Dhabi accelerator programme is now accepting applicants for its 2021 class, and Tirathrai says it is open and willing to hear from anyone in all sectors, including those as diverse as aeronautics, fitness and travel.

Topics in this article : Hub71