The term “refugee” conjures up certain images; bedraggled, desperate people hauling themselves onto lifeboats in the Mediterranean; or a vast sea of white tents – complete with blue UN logo – on the moon-like surface of some remote, arid land. But these scenes don’t capture how the vast majority of refugees actually live – not in branded tents, but in cities. Figures from the UN refugee agency (UNHCR) show that at the end of 2016, 60 per cent of refugees lived in urban areas.

The fact is, more and more people will be living in cities in the coming years, while forced displacement is at its highest level in decades. Refugees are drawn to cities, where they can seek sanctuary from conflict, persecution or the effects of climate change in their places of origin.

Refugees are also spending longer away from home: at the end of 2016, 11.6m refugees had been displaced for at least five years – 4.1m of these for more than 20 years. Yet the social, political and governance issues which arise when urbanisation takes place alongside displacement have only recently begun to be considered in earnest – especially in Lebanon and Jordan. 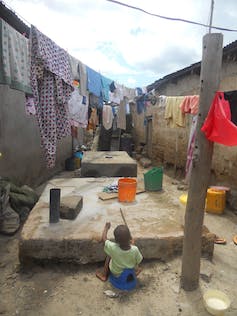 In these places, thousands of Syrian refugees have moved into cities. Their arrival has changed the urban landscape considerably, put pressure on local services and stoked tensions between communities.

In sub-Saharan Africa, cities such as Kampala and Dar es Salaam also host thousands of refugees from the neighbouring countries of Burundi and the Democratic Republic of Congo. In Kenya, the Eastleigh district of Nairobi has long been a centre for Somali refugees, who have developed robust businesses and become part of the fabric of the city.

The unexpected influx of people – who may have different ethnic or religious backgrounds to the existing population – is often met with hostility by the locals, and viewed as a headache by city authorities. Displaced groups are seen as an added burden on already insufficient infrastructure and basic services, particularly in developing countries. The shock of displacement can also have a short term negative impact on GDP.

There is no denying it can be a big challenge to give displaced people access to basic services and employment. But refugees also bring with them a wealth of experience, opportunity and an entrepreneurial spirit, which can actually benefit their new neighbours. When refugees are given a chance to succeed, they can bring employment opportunities for the host population.

In Uganda for example, 21 per cent of refugees own a business that employs more than one person – 40 per cent of whom are Ugandan nationals. Displaced groups also become a new customer base for host communities, as has occurred in Greece, and old neighbourhoods can benefit from a new lease of life granted by the arrival of young families who can revitalise towns in decline, such as in Riace, in southern Italy.

All developed economies have high levels of urbanisation, but with declining birth rates in these countries, other sources of labour will be required to keep the economy ticking over. Refugees could fulfil this purpose, spurring population growth and economic development. But so far, urban governance and planning structures have failed to capitalise fully on their potential. 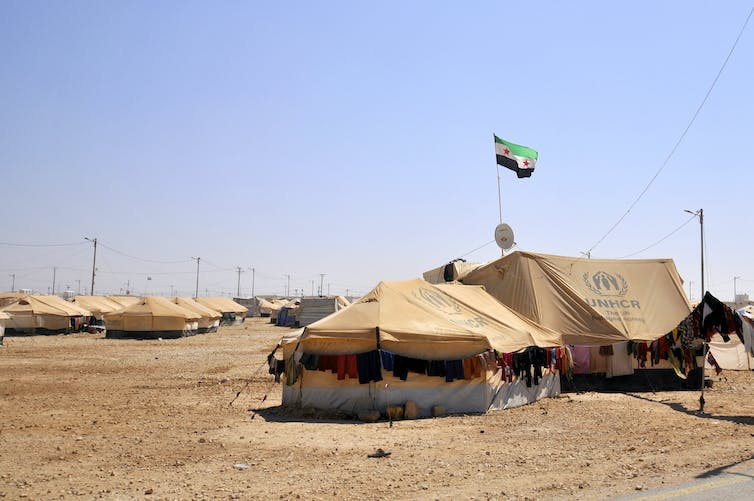 The reality for cities and their residents is this: as long as instability reigns both in the political sphere and the natural world, large groups of people will continue to be displaced. Refugee camps have provided necessary sanctuary, but for people looking to rebuild their lives, they appear less and less inviting. The bright lights of the city hold the promise of opportunity for refugees; and with the right leadership, their success can benefit locals, too.

There are some obvious and practical steps which cities can take to help refugees become a positive part of urban life. Easy access to language classes, housing, education and the opportunity to work are key. In practise, city authorities must be more open minded about adopting creative solutions to housing shortages. They must reduce the bureaucracy, which often hampers efforts to get refugees into work: a wide variety of projects have been developed, from craft companies in Germany to a Swedish fast-track system. Technology can also be harnessed to provide educational resources and build much needed housing.

Integrating new arrivals to a city is never an easy task – even when successful, it takes time. But developing a long-term plan to help refugees settle into the city will make it much easier to confront the inevitable challenges that will occur. Germany is a good example of this, where authorities are trying to learn from the mistakes which have led to the segregation of populations in the past, such as in the banlieues of Paris.

Such incremental and consistent improvements are neither exciting or divisive enough to garner much attention. But that does not make them any less valid. Refugees can indeed be of great benefit to cities and their residents – they just need to be given a chance.

This article is from the CityMetric archive: some formatting and images may not be present.
Topics in this article : Migration and immigration policy