Creativity and culture have always contributed enormously to the evolution of our societies, but in recent years there has been a growing realisation of the value of the arts as an economic driver.

Cities have woken up to the fact that a vibrant cultural offering makes people want to live there, and the numbers back this up. New York is home to nearly 14,000 arts-related businesses employing nearly 300,000 people and generating revenues of $230bn each year. London’s creative industry sector is worth £35bn and employs around 800,000 people.

These may be massive global cities, but in Dundee, a small city on the east coast of Scotland, the creative industries produce a total annual turnover of £190m and provide employment for 3,000 people. When you consider that the population of the city is just 150,000, you get some indication of the importance of the cultural sector to its economic well-being.

Dundee is a dynamic city with a strong cultural identity and a history of innovation and creativity. But by the late 1980s, profound post-industrial decline had turned a once proud and world-facing city into a fragmented shadow of its former self.

Now the city famed for jute, jam and journalism – the three Js that defined its economy and global reputation – has become home to a thriving digital media industry, internationally respected universities, world-renowned drug discovery and medical advancements, not to mention a vibrant design and creative sector.

Kengo Kuma’s new Victoria and Albert building which sits at the heart of Dundee’s £1bn waterfront regeneration, is already having a transformative effect, with investment flowing into the city and businesses springing up to service the anticipated tourist numbers.

The economist Allen Scott refers to the “new economies” of post-industrial cities, saying:

The peculiar forms of economic order that are in the ascendant today represent a marked shift away from the massified structures of production and the rigid labour markets that typified fordism… [and are] made up of sectors such as the high-technology industries; neo-artisan manufacturing; business and financial services; cultural-product industries (including the media).

This is surely an apt description of contemporary Dundee, where the solution becomes one of nurturing and retaining diverse and rich talent.

The fact that the V&A will soon open its first building outside of London coupled with its elite UNESCO City of Design status, means that Dundee is finally being recognised as a design hothouse. Both of these initiatives are the result of dogged determination by groups of passionate people within the city, who believe in the city and wouldn’t live anywhere else. Why move when you can help build?

It is a well-evidenced fact that the creative and cultural economy is growing, and smaller cities like Dundee can benefit from the opportunity to take their share of this market. Many of the building blocks are already in place. The city enjoys a great resource of talent nurtured by the universities of Dundee and Abertay, and a great coastal location with a wealth of local heritage. 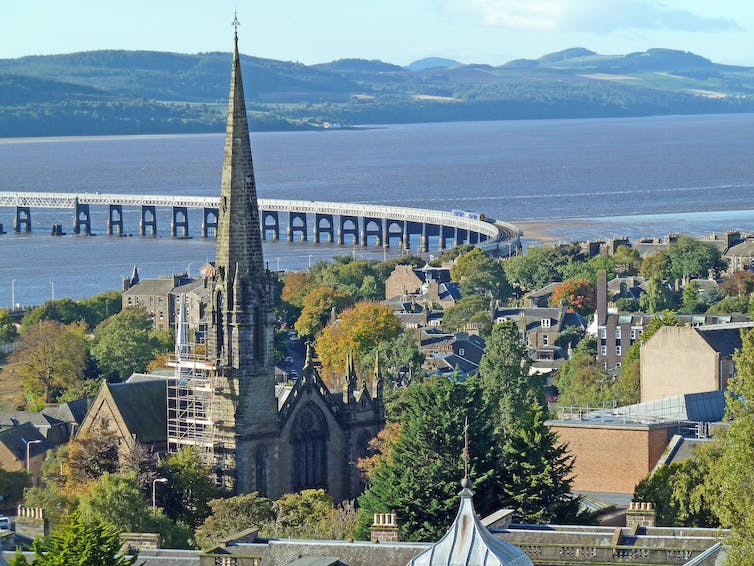 This and Dundee’s transformation is not lost on the growing audience for cultural tourism. A thriving cultural scene can drive exponential growth in both tourism and inward investment. It makes a place not just attractive to visit, but also to live, study and work in. This in turn engenders civic pride, a strong identity and a burgeoning self-confidence.

Lessons to be learnt

Dundee’s path to “rediscovery” has much to offer other cities. It’s not based around any individual’s ambition or success. It represents a strong partnership between government, local authorities, agencies, industry, academia and education, where organisations and focused like-minded individuals have agreed a shared vision.

Many people cite the establishment of Dundee Contemporary Arts (DCA) as the turning point for this cultural shift. DCA opened in 1999, but the idea of building a visual arts centre in Dundee was established in the early 1980s with the aim of brightening up a decaying industrial townscape. 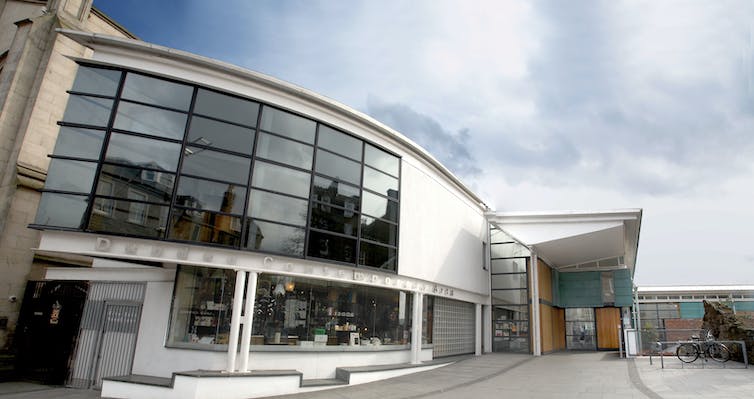 The creation of the DCA (Dundee Contemporary Arts) in 1999 prompted a cultural shift in the city. Image: DCA/creative commons.

The establishment of a biological sciences centre at the University of Dundee effectively kickstarted a new focus in both academia and spin-off businesses around drug discovery. This new identity, labelled Bio-Dundee, harnessed the notion of a dense cluster of scientists and businesses compressed within a three-mile radius. The opportunities for growth on a global scale attracted talent to Dundee from all over the world, and the talent wanted good housing and good schools, but also good cultural and recreational provision.

In the late 1980s to mid 1990s, a new industry began to form in Dundee. Driven by closure of the Timex factory which was producing ZX Spectrum computers, a bedroom computer games industry started to emerge, with the globally successful game Lemmings and later Grand Theft Auto exemplifying its ambition.

Throughout the 1990s the games industry cluster grew, with University of Abertay launching the world’s first computer games degree programme, attracting students and other creatives to the city, which was now garnering international acclaim. The Interactive Tayside business support agency was set up by Scottish Enterprise Tayside, and an industrial strategy was formed. 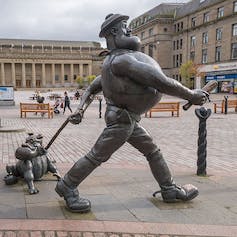 Since then, the city has been able to retain and attract creative talent from all over the world, causing a rising swell of demand, activity and development. In short, people took risks, invested their lives, generated success, and government took note. Investment soon followed.

The city’s continuing evolution is part of a journey which began centuries ago with Dundee’s trailblazing achievements in exploration, trade and communications, and is based on authentic activity and indigenous growth. Linen and textiles, education, jute, jam, journalism, drug and medical research, computer gaming and the creative and cultural industries have all grown from activities that were started by citizens of Dundee, in a physical and political landscape both challenging and complementary, and changing with the times.

Dundee is not built around recommissioning a brownfield site, developing buildings and then incentivising their use. It is in fact the very opposite: strong, industrious and innovative activity attracting further development funding. Dundee has always been about adapting to change and exploring new opportunities. A new journey of discovery has begun.

Paul Harris, Professor and Dean of Duncan of Jordanstone College of Art & Design, University of Dundee.

This article is from the CityMetric archive: some formatting and images may not be present.
Topics in this article: Regeneration