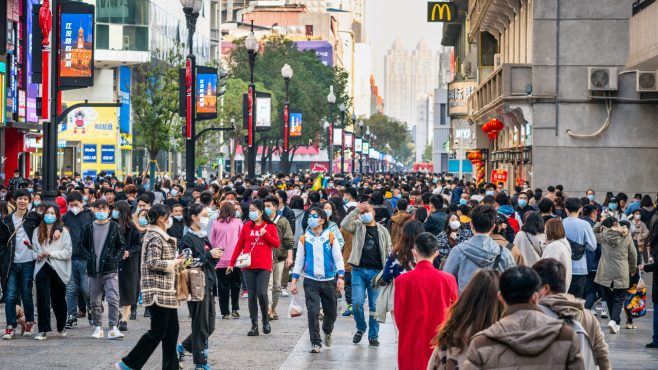 It has been a little over a year since Wuhan welcomed the end of its 76-day lockdown, considered by many to have been the world’s toughest. The city, where Covid-19 is believed to have originated, entered lockdown at 2am on 23 January 2020, when a text message was sent to every smartphone: “No one is allowed to enter or leave Wuhan”, it read.

For the city’s ten million inhabitants, the ensuing two-and-a-half months were a harrowing experience. I have experienced London’s lockdowns, and know how hard they are, but they pale in comparison with Wuhan’s ordeal.

Residents were allowed out of their homes only to buy food or attend to other tasks deemed absolutely necessary. If anyone tested positive in a residential building or compound, everyone was put into complete lockdown, meaning groceries had to be delivered to homes. Some residents I spoke to described barbed wire fences being erected around apartments – the lockdown “was extremely painful and invasive”, one person said.

How many Brits would take a 76-day Wuhan-style lockdown over what they have experienced?

Wuhan’s lockdown was more intense than any other in China, and for good reason – if we are to believe government statistics. The vast majority of China’s Covid fatalities occurred in the Wuhan region – about 4,500 deaths – meaning the city’s nightmarish lockdown managed to largely contain the virus.

In early April (last year), Wuhan reopened – and has stayed open. While much of the world was in the throes of lockdown for the remainder of 2020, its citizens have been enjoying pool parties and, to all intents and purposes, their pre-Covid lives.

Business bounced back much quicker in Wuhan

Wuhan’s brutal lockdown might have paid off. Economic recovery in the city (and country) has totally outpaced almost all developed nations, which is why China was the only major economy to report economic growth for 2020.

Most residents I spoke to two months ago said life was “back to normal” – and so is business. Wuhan’s all-important auto sector, while not quite at 100%, has shown a strong recovery. Domestic production has already reached pre-Covid levels once again, but international production is still down.

Foreign companies in Wuhan have sung the praises of lockdown. “The pace of Wuhan’s Covid recovery, thanks to an intense lockdown, helped us to restart our operations quickly,” one investor told me. “I would even say that we are now in a better place than before Covid. We went through a hard time together, but the authorities showed us as a company that we can really trust them. You can’t buy trust with money.”

Large foreign businesses have also said that they received “magnificent” support from the local government during the pandemic.

So, Wuhan’s lockdown was a win for the economy – but at what price? The ‘Hero City’, as it is portrayed by China’s government media, is a resounding tale of undiluted success, according to Beijing.

We aren’t able to talk about what it was that this city went through. When people cannot talk about these things, they won’t go away. The trauma is definitely there. Guo Jing, Wuhan resident

Guo Jing, a social worker in Wuhan and author of the Wuhan Lockdown Diary, paints a different picture. “We aren’t able to talk about what it was that this city went through,” she said. “When people cannot talk about these things, they won’t go away. The trauma is definitely there.”

Apparently, people have been warned not to talk to foreign media about the hardships of the Wuhan lockdown. This may explain why I found it very difficult to find residents who were willing to speak to me for my article on ‘Wuhan: One year on’.

“The people of Wuhan suffered so much, so many people died, and we had to stay inside for so long,” one Wuhan denizen told NPR last year. “If you are isolated for so long, you really go crazy.”

Was the psychological impact of Wuhan’s lockdown much worse than the far more drawn-out (but less intense) equivalents experienced by many other countries, such as the UK? It is very difficult to say.

In any case, lockdowns such as those seen in the UK have had a considerably negative effect on peoples’ mental health (alongside a much higher death rate). Suicide and Covid-related stress in the UK have risen since the start of the pandemic.

So, if offered, I wonder how many Brits would take a 76-day Wuhan-style lockdown over the seemingly never-ending vortex they have experienced? I, for one, would rip off the Band-Aid.