When it comes to the UK’s tech scene, it’s all too easy to focus on Silicon Roundabout, East London’s answer to Silicon Valley. It’s the third largest startup cluster in the world; Google, Facebook, Intel and Cisco have all invested there.

Thing is, though, the UK’s tech scene actually looks more like this: 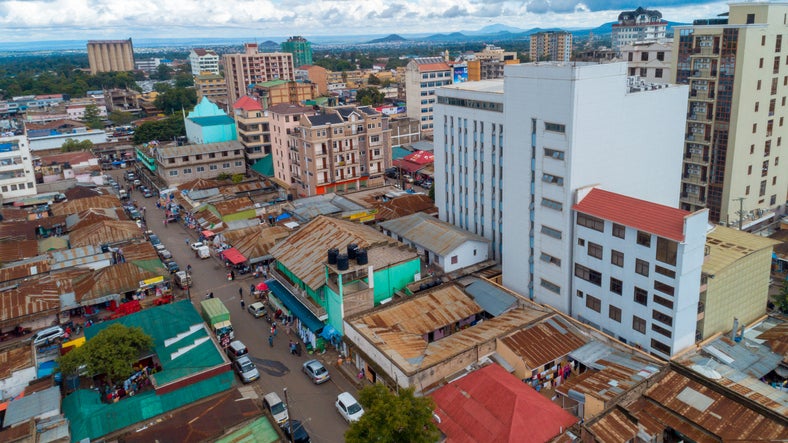 The black dots represent digital companies, or groups of them, and the map comes from Tech Nation, a Tech City UK report released today on the state of the UK tech scene. The group surveyed tech companies around the country, and found that only 26 per cent of those surveyed are actually based in London. Even fewer are on or near the Old Street roundabout.

When it comes to jobs, though, London still has by far the biggest share of the pie. This chart compares the size of digital employment in London to other major tech centres:

No other single city comes close. Nonetheless, only 17 per cent of the UK’s 1.5 million-strong digital workforce are actually based in inner London; the other 1.2 million are spread around the country.

The report makes a good argument for devolving skills funding to cities. “Clusters” of tech companies are often self-propelling – one startup or established company attracts more – and devolved skills budgets would mean cities could invest in industries where they already have a foothold. Bristol, for example,  has a burgeoning robotics industry, while Hull is becoming known for animation and design, and Brighton is home to a growing game development community.

The needs of clusters and the digital industry are always changing.  We would encourage greater collaboration between established businesses, local government and education institutions already operating in the area.

It’s almost as though doing everything from Whitehall isn’t the most efficient option.