Gdańsk – Poland’s fourth-largest city – is capital of the Pomeranian Voivodeship and home to Poland’s largest port. The Gdańsk shipyard left a long-standing legacy in Gdańsk with the famous ‘three crosses monument’ – a tribute to fallen shipyard workers during the 1970 work strikes – standing as a reminder of Gdańsk’s important role in the fall of communism and suppressive regimes. 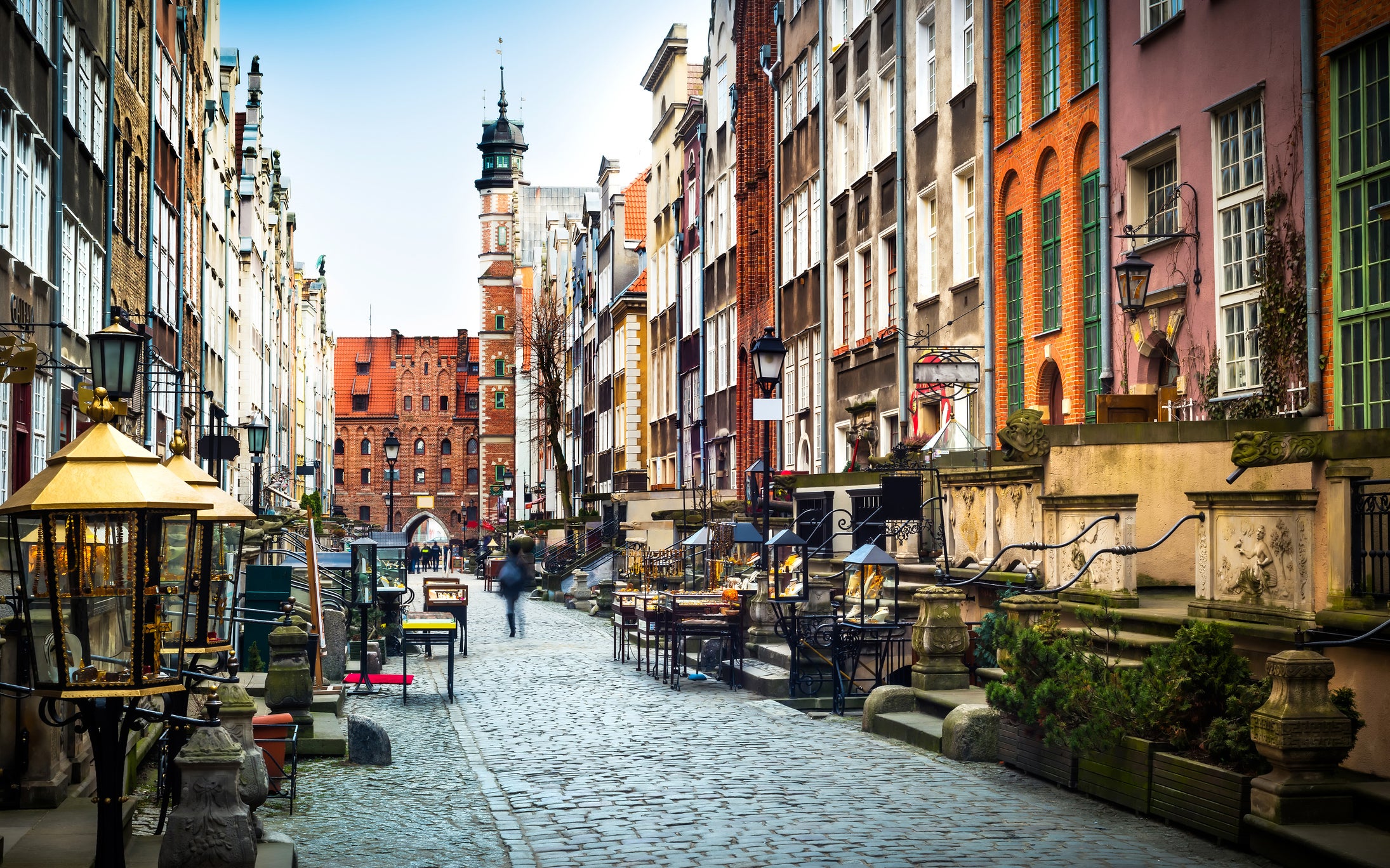 The architecture of Mariacka street in Gdansk is one of the most notable tourist attractions. (Photo Zheka-Boss/iStock)

Many historians consider the August of 1980 in Gdańsk – which saw the signing of the Gdańsk Agreement to meet the demands of the pro-social change trade union Solidarity – as the first major event that would eventually lead to Poland’s independence from the Soviet Union a decade later. Today, Gdańsk proudly maintains a reputation as a liberal city and has continued to go through extensive transformation across the past couple of decades. In fact, former Polish president and Solidarity leader Lech Wałęsa has joked that he is afraid to go out in Gdańsk for fear of getting lost, such has been the development in the city.

This transformation is not showing any signs of slowing, with the Amber city (as Gdańsk is nicknamed due to its vast resources of the gemstone) seeing growth in both industrial and services sectors, despite the challenges posed by the Covid-19 pandemic.

Since 2000, there has been extensive and steady growth for industry and service sectors with regards to employment in Gdańsk.

This growth continued across both sectors even during the pandemic-hit 2020. On the industrial side, Gdańsk continues to build its legacy in shipbuilding through the city's port (more on which later), but there has also been growth in subsectors such as automaking, chemical and food processing, with companies such as Arla Foods, Crist, Kemira and Dr Oetker all having a presence in Gdańsk.

Alongside this, there has been a rise in subsectors using advanced technologies, such as electronics, telecommunications, IT engineering and pharmaceuticals. Across these areas, EPAM Systems, Bayer, IBM and Intel all have operations in the city.

Intel looks set to expand its presence in Gdańsk through the creation of the company’s largest EU-based research and development centre. The city's existing Intel campus will be adding a sixth building – spanning five floors across 27,400m2 – that aims to further develop AI, machine learning and autonomous vehicles. The investment is estimated to be worth approximately $83m (330.57m złotys).

Renewable energy is also becoming increasingly important to Gdańsk’s economy, with Swedish company Northvolt – a battery cell start-up – unveiling plans in early 2021 to build Europe’s largest energy storage systems factory in the city. This would be part of a $200m expansion to the existing battery system facilities Northvolt has in Gdańsk.

On the services side of Gdańsk’s economy, business hubs such as the Olivia Business Centre – a business park situated in the Oliwa district of Gdańsk – are helping to enhance the city's growing reputation as an IT hub. Companies such as Ivona, Fineos, Kainos, Lufthansa Systems and Acxiom all have a presence in Gdańsk. Alongside this, more traditional big business service conglomerates such as Deloitte and KPMG also operate in the city.

A key attraction of Gdańsk for both the advanced technology industry and business service sectors is the access to talent that the city provides. With ten universities, there are approximately 12,000 new graduates annually in Gdańsk, according to figures from management consultancy Zinnov.

Gdańsk has long boasted Poland's busiest port, and the city is now targeting becoming a key logistics hub for central and eastern Europe. The chief beneficiary of an investment of $1.6bn to improve the city's infrastructure, Gdańsk’s port is positioning itself as a significant Baltic centre, offering access to Poland, Belarus, the Czech Republic, Hungary, the whole of Scandinavia,  Slovakia and Ukraine.

The investment encompasses almost 40 projects that will improve both the inner and outer ports. Top priorities include expanding cargo-handling capacity to more than 60 million tonnes within five years and streamlining services to ensure the port is competitive with other deep seaports in western Europe.

The early signs of this investment's impact are promising, with approximately 48.5 million tonnes of cargo passing through the port in 2020, despite the impact of Covid-19. Works on the outer port transport links, including improved road and rail networks, are due to be completed in 2021. The port also enjoys a duty-free zone and various real estate spaces that can be used as warehouses, workshops and office space.

Not only is Gdańsk solidifying a spot on the map of Baltic trade routes, it is developing a reputation as a tourist destination.

Between 2010 and 2019, the Pomorskie region saw an increase in tourist arrivals of 1.25 million people. Gdańsk itself is home to many tourist attractions, including the National Museum, the Shakespeare theatre, the Museum of the Second World War and the European Solidarity Centre. The city also hosts the historic St Dominic’s Fair, a trade and culture event that has been taking place annually since 1260 and attracts visitors from across Europe.

As Gdańsk continues on its path of transformation there is a balance to be found between revitalising historic sectors – such as manufacturing and shipbuilding – while forging a path towards becoming an eastern European leader in renewable energy and IT services. As long as talent remains readily accessible and the rate of development continues on an upward path, the future looks bright for Gdańsk.