It is five years since the launch of Saudi Arabia’s Vision 2030 strategic plan aimed at reducing the country’s dependence on oil by diversifying its economy, and the country is claiming progress towards reaching its ambitious targets. Foreign direct investment (FDI) into the country rose in 2020, despite global FDI volumes collapsing due to Covid-19, and a number of priority projects are progressing as planned. Development continues for Amaala and the Red Sea Project, both of which involve the transformation of coastal desert into luxury tourist destinations, despite the global downturn in tourism due to Covid-19. 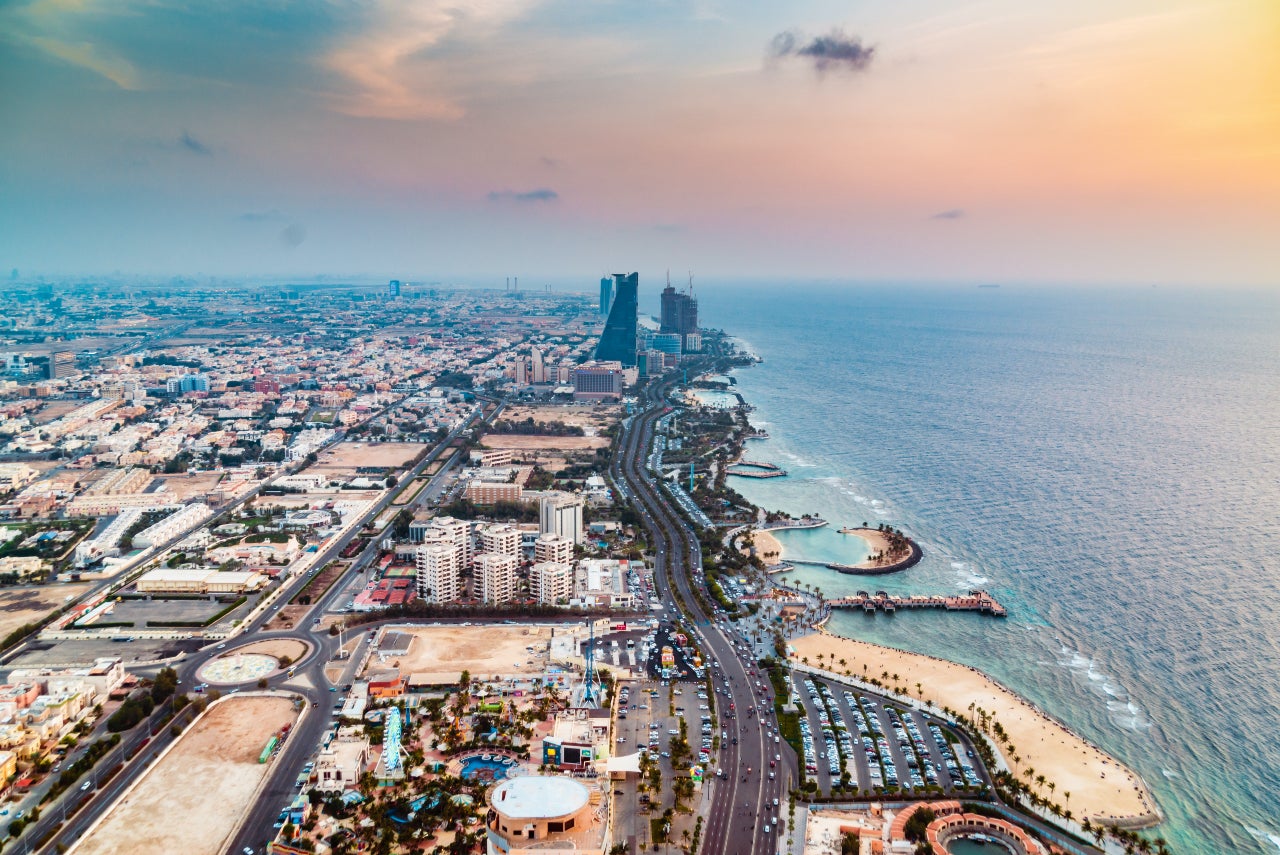 Jeddah has been one of the more popular cities in Saudi Arabia for tourism, and it is hoping to increase numbers as part of the Vision 2030 plans. (Photo by Sainuddeen Alanthi/Shutterstock)

In January 2021, PepsiCo, French oilfield services company Schlumberger and Canadian fast food company Tim Horton all announced that they were moving their regional headquarters to Riyadh, in response to Saudi Arabia’s desire for its capital city to rival Dubai as the business hub of Gulf states.

This was the start of ‘project HQ’, which will require companies to make Riyadh their regional headquarters if they want to participate in any Vision 2030 projects. As yet, there has been no stampede of relocations, and despite the positive statements, Vision 2030 still faces significant hurdles.

Central to the success of Vision 2030 will be a major shift in international attitudes to Saudi Arabia, which are darkened by the murder of journalist Jamal Khashoggi and human rights abuses. The country also has an image problem as a tourist destination, with it lacking some of the glamour and freedoms that are more associated with the likes of Dubai.

So where does this leave Jeddah, Saudi Arabia’s second city, in trying to attract international investment? Although Vision 2030 documents makes scant direct reference to Jeddah, with Riyadh and new city NEOM a bigger focus, the former capital will play an important role if the country’s ambitions are to be realised.

According to Invest Saudi, the government’s investment promotion agency, investment into the country showed remarkable resilience in 2020 amid the global pandemic. In fact, the final quarter of 2020 saw the highest number of new projects and the highest total FDI flows ever recorded.

The government has a target of increasing private sector contribution from 40% to 65% of GDP and increasing FDI from 3.8% to 5.7% of GDP by the end of the decade.

Saudi Arabia [now] has a formal, well-established system for licensing foreign investments into private businesses that in many ways is much more predictable and certain than in the rest of the Gulf region. Waleed Rasromani, Linklaters

Saudi Arabia has not always been seen as an easy place to do business. Since the launch of Vision 2030 the government has introduced a number of legal and regulatory amendments, such as allowing 100% foreign ownership of companies, to improve the business environment.

Waleed Rasromani, a Riyadh-based partner at global law firm Linklaters, says: “Saudi Arabia [now] has a formal, well-established system for licensing foreign investments into private businesses that in many ways is much more predictable and certain than in the rest of the Gulf region.

“Once a foreign investment licence has been obtained, there are a series of additional steps to be taken to authorise the relevant activity. Foreign investors also need to come to terms with a legal system that is often unfamiliar to them.”

Despite remaining challenges, many anticipate an acceleration of this improvement in Saudi Arabia’s business environment as Vision 2030 gathers pace.

Greg Clark is group advisor for future cities and new industries at HSBC, a bank that has a long history of doing business in Saudi Arabia and owns 51% of a local bank. “I think it is hard to conceive just how much transformation will happen over the next ten years in Saudi Arabia and how quickly it will catch up with global standards in terms of openness, transparency, business climate effectiveness, confidence and trust in the systems, and the regulatory approaches,” he says. “There is a big transformation… and it is already happening.”

A test of the attractiveness of Jeddah as an investment location for international companies will be the programme of infrastructure projects that the government wants to undertake.

Jeddah, like the much of the rest of Saudi Arabia, has a soaring population, putting increasing pressure on public services and accelerating the need to create new jobs.

A long-awaited Private Sector Participation Law was issued in Saudi Arabia in 2021 that will create the legal foundation for a long list of public-private partnership (PPP) projects the government intends to undertake. The move has been welcomed by market observers as providing investors with well-structured legal protections previously absent for transactions of this type.

An optimum future for Jeddah will be built off a very successful, very vibrant future for Riyadh. Greg Clark, HSBC

Major infrastructure projects in Jeddah have attracted international investment before, most notably Aeroports de Paris with the Hajj Terminal built in 2010 at the King Abdulaziz International airport, and the Red Sea Gateway Terminal at Jeddah Islamic Port, which China’s Cosco Group acquired a stake in in January 2021.

However, the intention of the new PPP law is to give greater comfort to foreign investors, by allowing them to own 100% of any project’s special purpose vehicle, giving foreign investors rights to international remittance and compensation for changes in the law, as well as equal legal protection when compared with local companies.

Metro Jeddah Company will be a procuring authority for planned public transport PPPs in the city that include the 360m Obhur Creek Bridge, which will connect North Obhur to Jeddah city centre via eight lanes of road, a metro line and a pedestrian walkway. A consortium including US-based Synergy Consulting and global law firm Dentons was appointed to advise on the project in 2018.

Metro Jeddah is also developing a corniche tram and water taxis service in the city, and other PPP projects include a wastewater plant at Jeddah Airport, a new 422-bed hospital in Jeddah, and the expansion and upgrade of Jeddah Port South container terminal.

As a city built around a major port, and as the gateway to the holy cities of Mecca and Medina, Jeddah has a longer tradition than much of Saudi Arabia of welcoming foreign visitors.

The Doyof Al Rahman programme, a key part of Vision 2030, seeks to increase the number of pilgrims visiting the two holy mosques to 30 million a year, which will lead to a surge in tourists passing through Jeddah.

There are also other cultural events being launched in the city to attract visitors. The inaugural Red Sea International Film Festival had been delayed due to Covid-19 but is now set to go ahead in November 2021. Submissions opened in May 2021, with categories for local, international and experimental films.

Jeddah will host Saudi Arabia’s first Formula 1 race in 2021. The Jeddah Street Circuit will run along the city’s corniche adjoining the Red Sea.

These events will play a part in Saudi Arabia’s attempt to change its image and economic make-up, although Jeddah is likely to play second fiddle to Riyadh in terms of investment, at least for now.

“An optimum future for Jeddah will be built off a very successful, very vibrant future for Riyadh,” says Clark of HSBC. “The interdependence of the two places is going to become increasingly important as we go forward.”