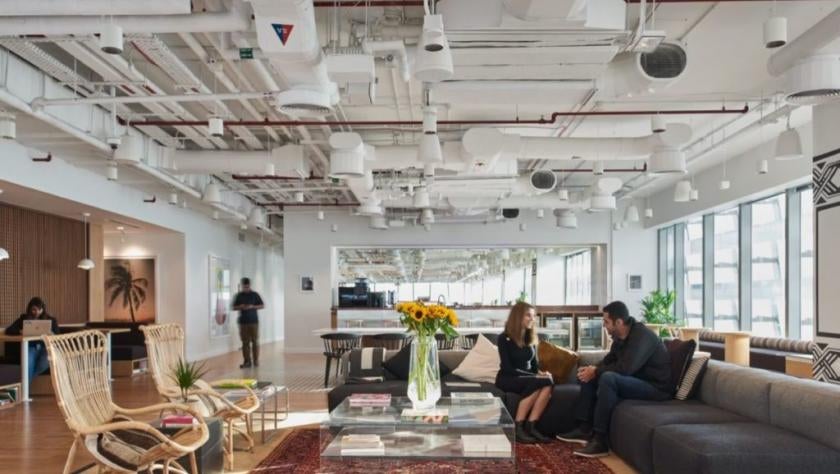 It’s been a tough few months for most companies worldwide unless you’re Amazon, and smaller companies in particular, including start-ups, have certainly been hit harder than larger corporations with multiple safety nets.

Startup Genome, a research and policy organisation, conducted a survey of more than 1,000 start-ups worldwide and found that four out of ten will run out of money in three months’ time if they do not change their cash flow. With government bailouts only covering so much, many entrepreneurs are wondering where to go.

The answer may lie in the Middle East.

While it’s common knowledge that the Arabian Gulf is chock full of opportunity, what many don’t know is that the UAE is on a high-speed journey to creating a vibrant, financially sustainable ecosystem for start-ups in its capital city, Abu Dhabi. The ecosystem, known as Hub71, was created to deliver a government goal to diversify the economy and the desire to be the next tech centre of innovation.

Verdict spoke to Hub71’s head of strategy and corporate development, Ahmad Alwan, about why the programme was created and what start-ups can expect in terms of support. Alwan looks after the tech hub’s strategic development and direction, from design to delivery, for start-up partners.

“There is a real ambition in the UAE to drive the economy from being a technology consumer to a technology producer. That’s a top-down directive, and actually, it’s a global ambition – we don’t just want to create this ecosystem for the Middle East – we want it to benefit the global market,” says Alwan.

What’s so great about Abu Dhabi?

There are a lot of tech hubs in the world, and a lot of countries are trying to attract investors and start-ups through multiple support programs. But with a nation with such a strong financial core as Abu Dhabi’s (two-thirds of the UAE’s wealth is concentrated in the capital city), investors have a strong base and close proximity to Saudi Arabia, a country which shares strong financial and diplomatic ties with the UAE. The UAE has often acted as a hub for tech businesses, such as with its two native major success stories, Careem and Souq.com (bought by Uber and Amazon, respectively).

Alwan says: “It is ironic because we metaphorically say we’re at the centre of the world, but we actually are! The UAE is, approximately only an eight-hour flight from 80% of the global population. That’s really central. So we’re leveraging from the east to the west, bringing businesses and investors together in a way that maybe they wouldn’t find if they kept their business at home.

“Then you add to that that it’s so safe here for everyone and that our government and infrastructure are so strong and stable.”

What Alwan is referring to is the fact that Abu Dhabi was ranked the safest city in the world for the fourth year in a row by the Global Peace Index. In addition to that, research shows the following positive facts regarding life in Abu Dhabi:

In terms of start-ups and what’s on offer there, Hub71’s incentive programme includes subsidised housing, office space and health insurance for companies in seed stage and emergent stage, anywhere from two to 25 people, from $100,000 to $500,000 or more already raised.

Companies that will be considered for the incentive program should meet the following criteria:

Perhaps the most compelling reason to move your tech start-up to Abu Dhabi, though, is the fact that the ecosystem that is now Hub71 was created for start-up owners and entrepreneurs as a ‘founder-centric’ community. It’s a grass roots and organic networking community that has serious financial and regulatory backing and real movement. And because it’s been a natural progression to creating the ecosystem, Alwan says that he and others within the government took the advice of entrepreneurs at all levels, to ask them what they’d need in order to make it work for them in a move to Abu Dhabi.

“We really focus our efforts across four pillars,” he says, “and those are: facilitating better access to capital, access to market, access to talent/mentorship/networking and a solid, large business environment with an ease of regulation.

“And we work with a network of partnerships here across accelerators, investors, corporates, government entities, large tech companies – Mubadala Investment Company, Microsoft and Softbank Vision Fund are Hub71 strategic partners and we’ve managed to leverage their expertise to guide us as we go through.”

But it’s not just the comprehensive network and monetary incentives that make Abu Dhabi and Hub71 so interesting, says Alwan – it’s the people.

“The most important element of our business is really the vibrant community of creators that we support,” he explains. “This is just one of the unique aspects – the interconnected group of entrepreneurs and partnerships from all over the world creating together. It’s the support network that you receive when you come here. We support each other, we’re passionate.”

Topics in this article: Hub71