From rumoured celebrity purchases to outlandish (and often abandoned) hotel projects, the controversial archipelago’s life has been a storied one.

For many years, what was once one of the UAE’s most ambitious projects more closely resembles a sandy ghost town, which acted as the embodiment of the global financial struggles that so heavily impacted Dubai in the late 2000s.

However, this year has seen an exciting development for the World Islands, with global hotel group Anantara opening the doors to a 70-room resort, giving a new buzz of hope for the destination.

What are the World Islands, Dubai?

Sitting around 2.5 miles off the coast of Dubai in the Persian Gulf, the World Islands are a collection of smaller islands designed to replicate the world in miniature, with each island named after its corresponding country. First announced in 2003, the World Islands promised to be the next big thing in the luxury travel realm, with members of the global elite, including Richard Branson and the late Karl Lagerfeld, clamouring to have a piece of the action. 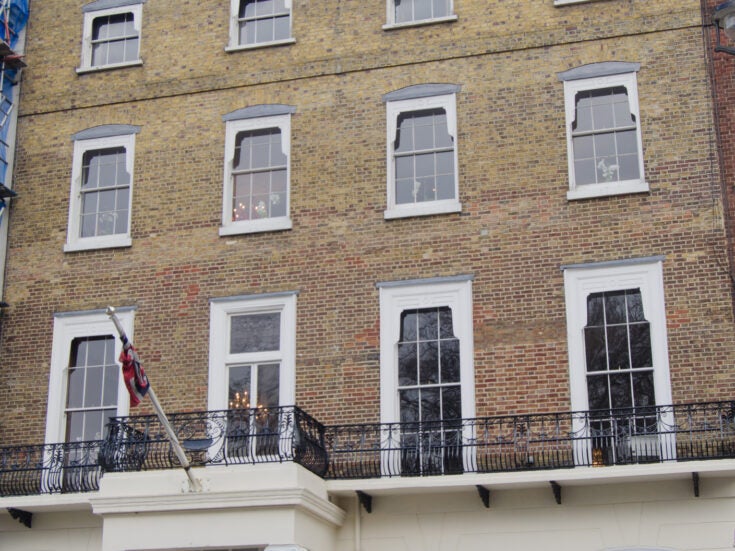 Inside the rise of the founders’ office, a new breed of private office

As is standard in the glittering city of Dubai, the World Islands are, of course, not a naturally occurring phenomenon; the human-made archipelago was created by Dubai-based development firm Nakheel Projects, a name associated with many high-profile projects across the region, including St. Regis Dubai, The Palm.

The artificial islands were created by dredging sand from the Gulf and transporting it to the designated spot, with several million tonnes of rocks used to keep it in place. In total, there are 300 islands in the World Islands, with each ranging from 250,000 to 900,000ft2. The entire collection covers some 5.4 miles across.

However, despite the buzz caused when the World Islands were first announced and the numerous individual island sales, the 2008 financial crash saw work on the ambitious development grind to a halt.

At this point, it was estimated that almost $15bn had already been spent, but just one island development was finished with the rest at varying stages of completion. Among the chaos of works halting, developers were also forced to deny rumours that the World Islands were sinking back into the ocean.

Since work on the development halted in 2008 there have been multiple reports of the project recommencing. For many years, the Heart of Europe project was the most convincing. Imagined by the Kleindienst Group, the Heart of Europe development will see a small number of the islands in the World transformed to replicate the continent of Europe – to the extent that fake weather conditions including rain and snow have been created in some areas.

The Heart of Europe project includes the building of a series of luxury hotels, private mansions and floating villas, each of which is designed to transport guests to different European destinations, including Monaco, Venice, Sweden and Germany. While much of the ambitious project is still under development, the group is investing potential investors to register their interest.

However, the most exciting World Islands development is without a doubt the Anantara World Islands, which opened in February this year and sits in the South America region of the islands. The resort’s 70 accommodations include suites, beach villas and pool villas, all of which feature an abundance of outdoor space in the form of either a private balcony, deck or terrace.

There’s a host of amenities too, including a Thailand-inspired spa, an open-air cinema and a floating lounge. Dining options are varied too, with multiple restaurants and bars spread across the resort. And, currently being the only open resort on the whole archipelago affords Anantara an unrivalled sense of privacy and seclusion, with views over the main city of Dubai.

For visitors staying elsewhere in Dubai who just want a glimpse at the fabled World Islands as opposed to an overnight stay, a visit to Lebanon Island – which was the only island to be completed when work on the project initially stopped back in 2008 – can be arranged. Guests can take a day trip to Lebanon Island where they can enjoy its beach club, swimming pool restaurant and beaches.

The island is also available for exclusive hire for corporate events, weddings or private gatherings. It is also possible to organise boat tours around the deserted islands, with private yachts available.

Are any of the islands for sale?

For the most part, the development and purchase opportunities at the World Islands are a closely guarded secret. An old listing on Private Islands Inc for the entire collection harks back to when the World Islands was just an exciting concept, but at the time of publishing, there is only one individual island listed for sale.

Which island it actually is is not disclosed, but the listing advertises it as being 505,925ft2 and undeveloped, with an asking price of $16m. While this may feel hefty considering the baggage associated with the World Islands project, if the Anantara resort lives up to expectations, the island could quickly increase in value.

Anyone wanting to own a slice of the World Islands can also look into private purchase opportunities within the Heart of Europe. The project is offering investors the chance to purchase either a second home on one of the resort islands, including luxury villas and mansions, as well as a highly exclusive selection of completely private islands, all of which will have the extensive amenities of the European-inspired hotels on their doorstep.