Marked only by a solid white wall with a door and sliding panel, the former refuge of Mexico’s most famous architect looks like any of the other modest small-scale houses nestled on Calle de General Francisco Ramírez in the west of Mexico City.

While the plain cemented facades are higher than the surrounding structures, it’s the interior of the place that tells you this is the former home of Guadalajara-born Luis Barragán. There are the trademark splashes of pink and yellow, the playful use of light and space, the interplay between interior and exterior worlds. 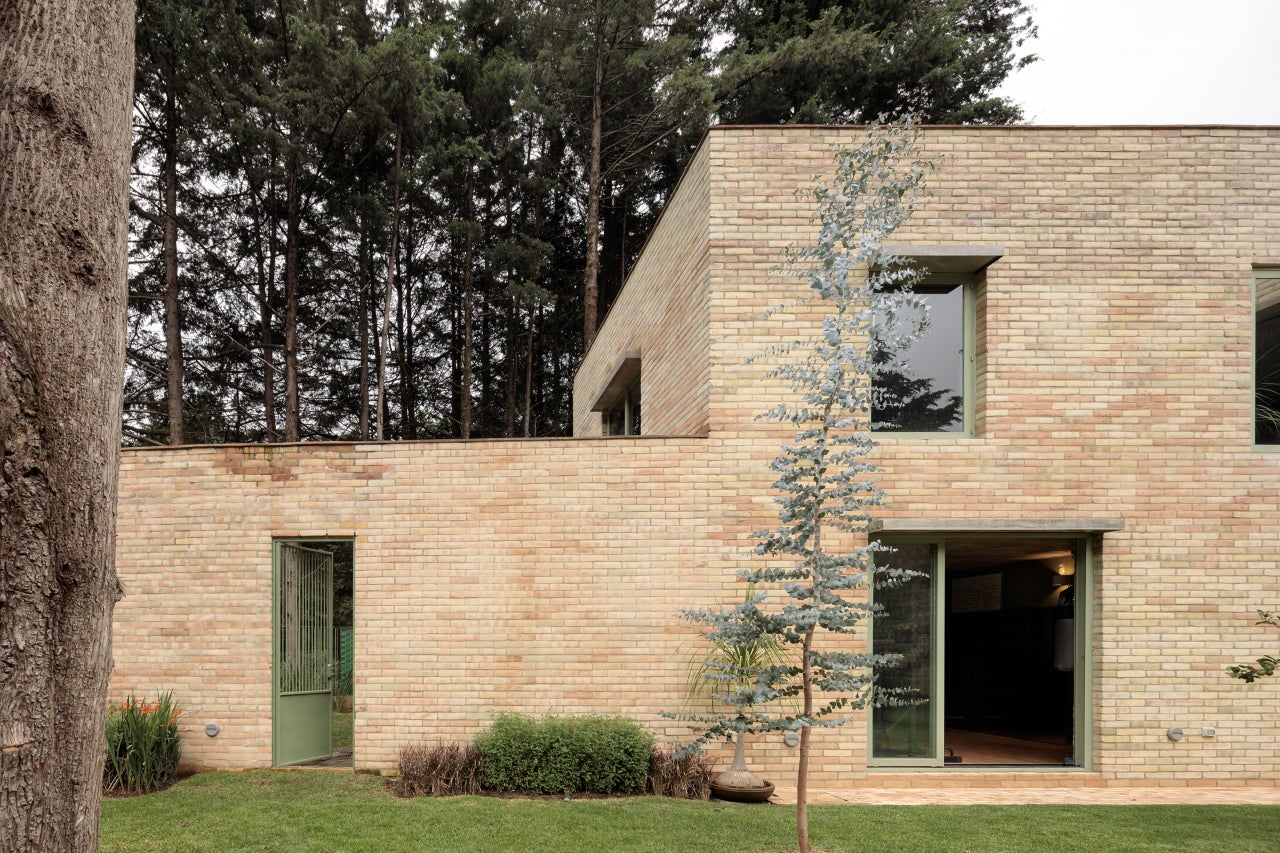 Like the Metropolitan Cathedral of the Assumption of the Most Blessed Virgin Mary into Heaven, or The Calakmul “washing machine” Building, Casa Luis Barragán draws tourists and architectural aficionados from across the globe to glimpse its unique blend of clinical modernism and Mexican vernacular. Winner of the Pritzker Prize in 1980, its creator and former inhabitant remains the country’s most cherished architectural export.

If Barragán’s style was unique, however, his marriage of Aztec and Mayan culture with styles imported from Europe and the US was not. This syncretism birthed a distinctly Mexican iteration of mid-century modernism that gave rise to housebuilders and urban planners during a creative explosion between the 1940s and 1970s.

Along with Barragán, the work of Felix Candela, Ricardo Legorreta, Juan O’Gorman and Ignacio Diaz Morales has been much lauded. Go to Mexico City or Guadalajara and their legacy is still ingrained in both place and psyche.

While that surge of creativity may have run out of steam during the economic depression of the 1980s, Mexico’s contemporary architectural landscape is still occupied by a diverse range of architects building to solve the country’s social and environmental problems.

From the innovative origami-like forms of Michel Rojkind to the eco-focused creations of Alberto Kallach or the shimmering mushroom shapes of Fernando Romero, some are even becoming starchitects, attracting interest from a global audience.

In 2018, Frida Escobedo became the youngest architect and the first Mexican woman to design London’s Serpentine Pavilion. Escobedo, who founded her own firm in 2003, crafted a lattice-walled courtyard, deliberately referencing a celosia – the breeze wall common throughout Mexico.

Mexican architecture, she has said, is “more like a spirit rather than a style” fostered by a recurring urge to “create opportunities out of crises”.

This sentiment is echoed by Escobedo’s former colleague, Isabel Abascal, co-founder of Mexico City-based firm LANZA Atelier. While Mexican architects may have differing philosophies, they are invariably united by a chaotic social and political context.

“I think it’s a moment where there’s a lot of exchange between architects in Mexico, and not only in Mexico City, but also with architects from other cities,” Abascal says.

“Maybe it has to do with the social, political situation of the country being so urgent and so problematic. Architects have to be on the same side of the line. There’s also the fact that architects have to deal with the same amount of scarceness, which has led to similar positions.”

I think it’s a moment where there’s a lot of exchange between architects in Mexico, and not only in Mexico City, but also with architects from other cities. Isabel Abascal, co-founder of LANZA Atelie

Based in Mexico City and Madrid since 2015, LANZA Atelier has built a reputation for its bold design philosophy that treats almost everything as an architectural project in itself. That includes folding chairs, dining tables and public toilets.

Most recently, the company was commissioned to design Forest House, a low-slung residential property formed in dialogue with a forest outside the town of Ocoyoacac. Built as a tranquil home for a young family, the property was officially finished last year. In truth, Abascal thinks it will take far longer to thrive.

“We want nature to take over in a very dramatic and beautiful way,” She explains. “We don’t believe that the project was finished last year, but it will be in ten years’ time, in 15 years’ time or even 20 years’ time.”

In its use of local artisanal brick, playful use of clean lines and curves, and its union with rugged natural surroundings, it’s hard not to see clear overlaps with Barragán’s work, even if they are not deliberate.

“Barragan was a very specific character and there are many things about his personality that influenced his work, but there are some [of his] teachings that I think every Mexican architect has internalised,” she explains.

“The fact of looking to the inside… maybe not being so showy towards the outside and creating these inner spaces. That’s something that I see that repeats itself.” 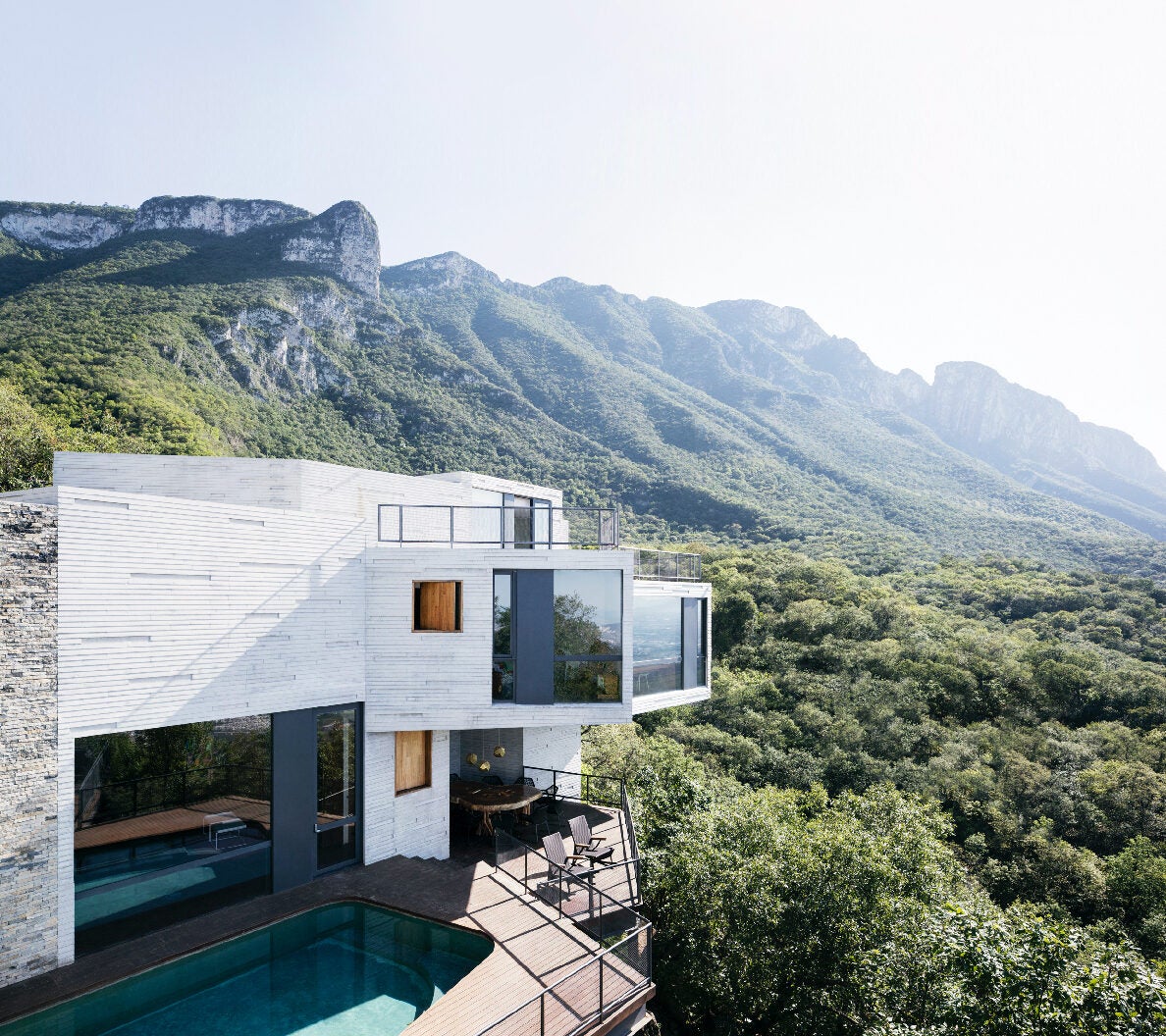 Along with current socio-economic problems, earthquakes continue to shape the architectural direction in Mexico. Located on the subduction zone (parts of the earth where one slab of the crust is slowly sliding under another) tremors present a constant threat to built-up communities.

In 2017, for instance, an earthquake under the town of Jojutla destroyed as many as 3,000 structures, including historic churches and chapels, as well as schools, plazas, businesses and houses, were damaged or destroyed.

Infonavit’s Centre of Investigation for Sustainable Development (CIDS), then led by the Mexico City-based architect Carlos Zedillo reached out to more than 30 architecture firms to help lead the redevelopment of Jojutla.

“I think that one of the things that impacted me the most was the earthquake in 1985 because I lived in a very central neighbourhood that was very much affected by it,” Tatiana Bilbao says. “That really made me conscious about how things are built.”

Born in Mexico City to a family of architects, Bilbao has spent her career thinking about urban planning in a country where 60% of the population lives below the poverty line.

When the earthquake of 1985 forced the government to make mass-produced housing for millions of homes, Bilbao became dismayed by the American-style suburban plots that replaced the traditional community-focused Ejidos in places like Ixtapaluca.

“In Mexico, housing is not only a human right, it’s [also] a constitutional right, so [the government] had to describe ‘what it means to have an enjoyable and dignified place to live’,” Bilbao explains.

“That description is very specific, and imposes a way of life that a big proportion of the people in this country do not have, for example, the Mayan people.”

In Mexico, housing is not only a human right, it’s [also] a constitutional right, so [the government] had to describe ‘what it means to have an enjoyable and dignified place to live’. Tatiana Bilbao of Tatiana Bilbao ESTUDIO

Bilbao has worked relentlessly to counter Mexico’s housing dilemma, both on her own terms and by collaborating with fellow Mexican architects, striving to build thoughtful, functional, integrated communities.

Her $8,000 prototype homes for social housing in Mexico were showcased at the Chicago Biennial in 2015. She has also continued to campaign for state-funded communities that not only meet the bottom line but satisfy the needs of low and middle-income families.

“In Mexico, there is very clear social division. It’s a confrontation every day of people who have means and people who don’t,” Bilbao says. “I think the way I made sense of it is that we are all working in the places we have. I’m not working for the poor… we’re all living in this context.”

A diverse portfolio that includes the Botanical Garden in Culiacán, a master plan and open chapel for a Pilgrimage Route in Jalisco, a Biotechnological Centre for a Tech Institution – along with projects in China, France, US and Guatemala – have all firmly established Bilbao’s reputation internationally. In 2019, she was awarded the Marcus Prize.

Back home in Mexico City, however, Bilbao is frustrated by the lack of respect for architecture as a profession. While house building is a well-respected tradition that goes back centuries, professional oversight is not.

The lack of formal institutions in the country has its upsides, fostering what both Bilbao and Abascal describe as an informal exchange of ideas between contemporaries and colleagues at rival firms. Less professional and legislative barriers to entry also mean that younger architects can work readily in Mexico without spending years waiting their turn.

“Of course, I studied architecture and I’m an academic myself, but nobody has ever asked me for my diploma,” Abascal says. “I don’t want to infantilise Mexican architecture at all. It’s not that, but I think things are more flexible here.”

For Abascal, a generational dialogue continues to be one of the most positive aspects of Mexican architecture. Architects within the country continue to be united by the unique set of social and political circumstances in which they work.

“I think contemporary Mexican architecture, not in our generation but in older generations, is going to be much more recognised,” she says. “And I think that as the younger generation… we’re going to keep having these very fluid exchanges with them.”

Bilbao’s prototype house – one of 32 selected to showcase the possibilities of low-cost housing – is nestled in the Hidalgo district in Apan. While Barragán built a home that looked inward, not all contemporary architects working in Mexico have that luxury.

Topics in this article: Architecture and design, Natural disasters

Will Moffitt is the former editor of LEAF Review.
Websites in our network