The celebration of the city today is widespread. Globally, many cities have fulfilled Louis Wirth’s prophesy from 1930s Chicago. Wirth said that in the future, cities would no longer be simply large concentrations of human activity, rather we would come to realise “urbanism as a way of life”.

Most of the writing about the city today, it seems, would not wish for urban life to be any other way, as most now accept and vaunt cities as meccas for innovation, transformation, learning, resilience and progressive human behaviour and policy change. “Cities will shape our future” according to the non-profit organization 100 Resilient Cities, and urban economist Edward Glaeser writes, “cities magnify humanity’s strengths”.

Richard Florida says that, while cities have some problems, it is not the city that needs fixing — rather, “the nation-state is the problem”/ Florida calls for “a global effort to build stronger, more prosperous cities.”

But we have not always thought of cities this way. The orthodoxy of urbanity, as something to celebrate, represents a 180 degree about-face from the way those charged with the city’s care and maintenance viewed cities a mere generation ago.

At the end of the 20th Century, urban planning was waking up to the disasters of modernism, and to the global challenges of social injustice and environmental crises. Cities had produced problems: choking pollution, public health crises in slums where density was too high and infrastructure insufficient, social dysfunction from systemic unemployment, dislocation and racial hatred in close quarters. Or, at least, cities brought these matters to their boiling point. 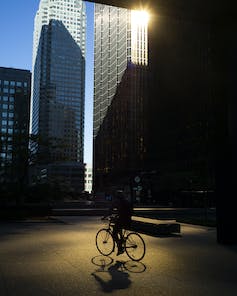 So where does the truth about cities lie? Should we believe the hype? Do the new ideas contain many of the old problems?

The grammar of contemporary urban love

To consider this question, look at how different people and groups explain the value of cities. It is useful to remember what French sociologists Boltanski and Thévenot have demonstrated: people work to “justify” their own positions and denounce those taken by others when they disagree.

Therefore we should consider the arguments voiced by each group, and take into account how well these justifications meet the “so-what?” test.

People who excel at justifying their ideas about the city are like “grammarians” who write a new grammar for thinking: grammar because the argument becomes like a rule we need to follow just to make sense when communicating, and it is not something open to further argument.

As an urban scholar who keeps close watch on how we feel about our cities, this state of affairs is a remarkable turnaround over the past two decades, representing a full about-face in public thinking about the city.

Urbanists, like myself, have attempted to create this image of the city since well before the end of the 20th Century. But we were getting nowhere fast: nothing like the quick work of Richard Florida and Ed Glaeser, and the work within C40 Cities, 100 Resilient Cities, or the Lee Kuan Yew Centre for Innovative Cities. 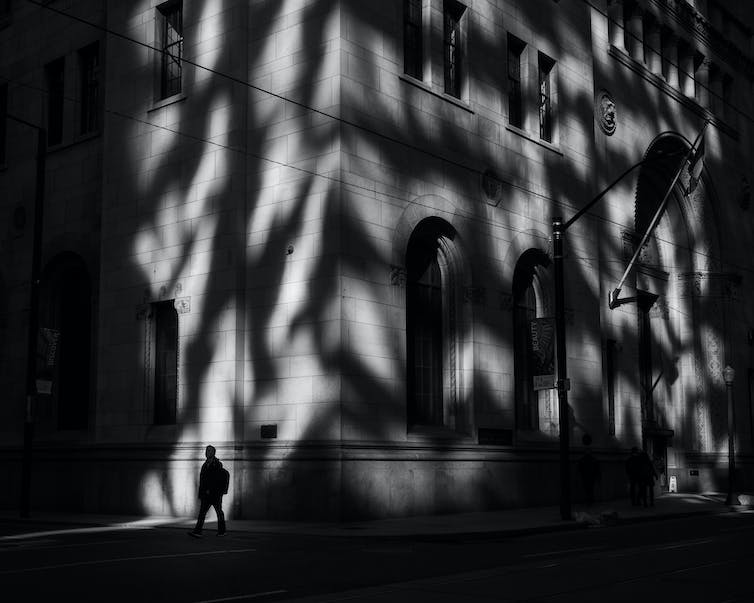 Urbanists see the city as a new frame of reference by which human progress can be measured. Image: Graeme Roy/author provided.

When planners threw out the city with the bath water of modernism, they were rejecting the cruelty and indifference of modernism in city design, architecture and industrial economic development models. They justified their stance as a rejection of the machine logic of modernism, a modernism that alienated regular people from political work in the name of valuing expertise and efficiency.

They rejected modernism’s work to intensify the fragmentation of urban landscapes into privatised enclosures of structures, infrastructures and services. They believed modernist urbanisation to splinter and segregate all that we value beyond all recognition.

Today’s popular thinking on the city as a new frame of reference by which human progress can be measured, purports to be entirely new, sustainable and resilient to all the threats now on the horizon, across all cities.

However, the details of this thinking are not so different from what yesterday’s planners offered up in their efforts to counteract the damage done by modernism.

The city that has it all

Segregated housing, slum removal practices, the creation of large housing blocks set back from the street on green lawns, wide and fast separated freeways and parkways…. All are images conjured up by planners in the late 20th century as reasons to reject modernism, and therefore reject the city.

The new urban celebration rejects these emblems without rejecting the city. 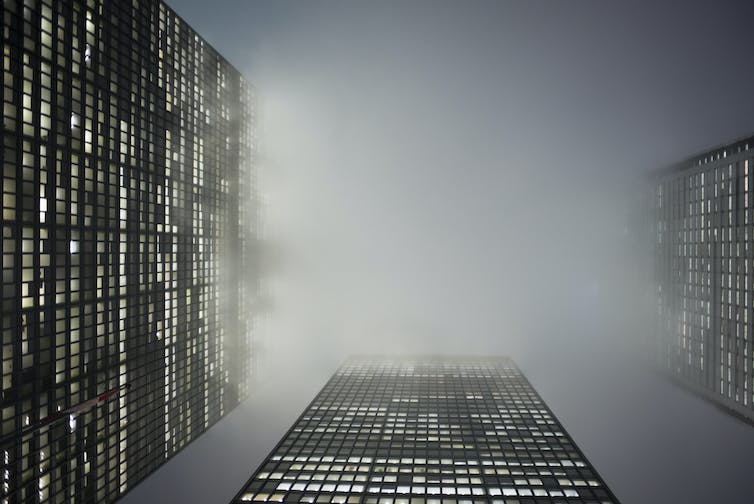 More and more urban dwellers are choosing to live downtown so they can walk to work. Image: Graeme Roy/author provided.

Behind this move are commitments to inclusionary over exclusionary zoning, mixed housing types, gradual revitalisation of decaying neighbourhoods and not their bulldozing and erasure, streets that are narrow and dotted with buildings, stoops and pocket parks and gardens, and “soft” transportation rather than the gasoline-powered kind.

“Complete communities,” “walksheds,” and from “five to 20 minute communities,” are the intended result: neighbourhoods that have jobs, shops and services within a short journey of most homes, via walking, cycling or public transport.

A minority of urban districts actually achieve this, yet cities are vaunted as able to aspire toward meeting these design and land-use goals.

The new urban celebration justifies cities as offering healthier, happier, more balanced ends through an emphasis on more local living. Attractive, safe and nearby green and open spaces encourage people to spend more time outdoors, and to be more active; when these are public open spaces, this further encourages time spent socialising with neighbours.

Reduced commute times and shorter travel times for daily household errands also means more time is available for these activities, and for the time it takes to build meaningful connections with one’s family and household, with others in the neighbourhood, and with one’s local, nonhuman environment, particularly through gardening and patronizing the local farmer’s market. 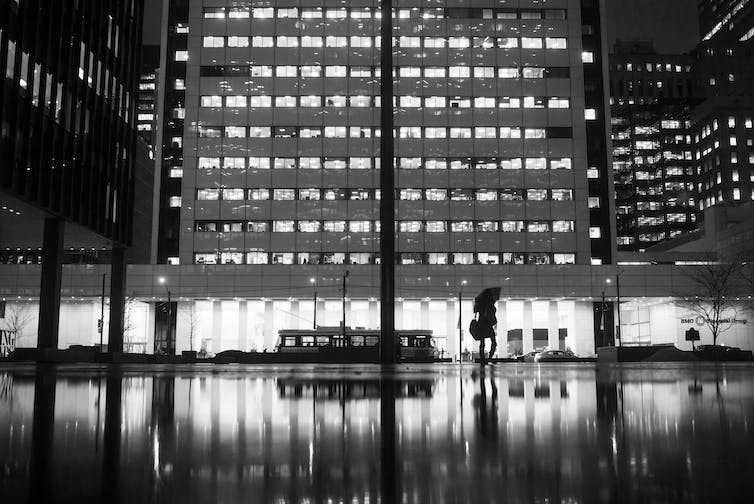 Are we spoiling the city?

From an economic perspective, cities are seen today to offer the ideal environment where personalities, businesses and entrepreneurial moments of opportunity may grow. Cities offer a local scale at which the people most directly affected by various decisions are able to get involved.

This is a story of self-reliance from a local political as well as a local entrepreneurial perspective, a DIY sense of urbanists not “waiting for the cavalry”. Cities act, as mayors who opt to join the C40 cities initiative for carbon-neutral cities proclaim.

Cities have the right scale, the right proximity and the right mix of motivations to make change happen.

The incredible resilience of cities as social institutions enables cities to carry not just their own jurisdictions, boundaries and populations, but also their partners and institutions, and increasingly, the provinces, states and nations in which they sit. Urbanist Bruce Katz calls it “metropolitan activism,” driving political change in stark contrast to the stasis at the national scale.

This activism consists of “affirmative energy, collaborative problem-solving and pragmatic purpose”. We may also come to see it as a kind of activism that will stop at nothing to advance a wide array of justifications to increase its social, political and economic clout. Even if, when pulled apart, these justifications could just as easily be read as arguing for political action in the opposite direction.

This contemporary urban celebration represents a seismic shift in urban studies scholarship, in which “the intellectual foundations of urban studies are today being profoundly destabilized.”

If the current celebration of the city contains, rather, broadly the same set of justifications as the past century, only being leveraged in support of an opposite set of directions for action, we should make sure we understand the enduring rules of this grammar.