Hong Kong and Singapore are responding fast to investor demand for better environmental, social and governance (ESG) policies. Regulators in each of Asia’s two main international finance hubs have recently set out clear national sustainable finance strategies that include measurable targets and objectives.

This is important because the two jurisdictions often set the tone for regulatory developments in a region containing markets at very different stages of economic development.

Recent years have seen a flurry of sustainability-related requirements introduced worldwide, from disclosure rules to investment principles to green bond standards. Many of these regimes, including in Hong Kong and Singapore, are similar to – though typically more principles-based than – frameworks in the EU, which is broadly seen as the global leader on sustainable finance policy.

ESG – or non-financial – disclosure has been a central priority for watchdogs across the globe as they respond to investors’ requests for information relevant to this area. Asset managers and owners say such data is increasingly essential to investment decisions. 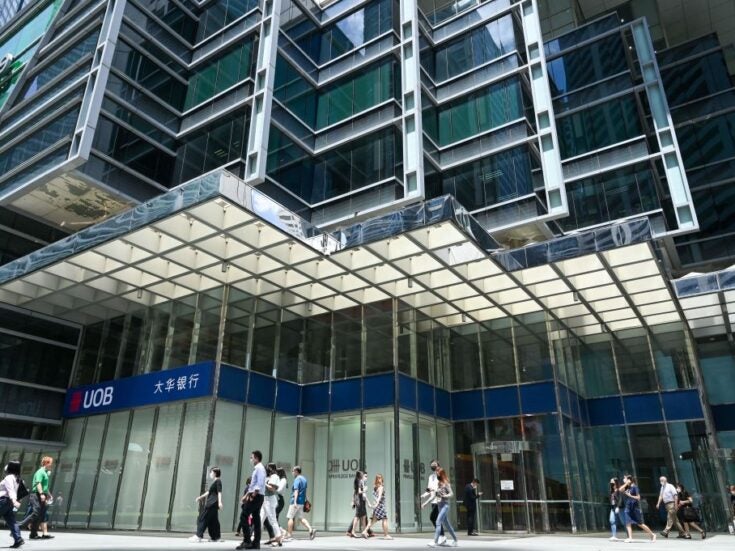 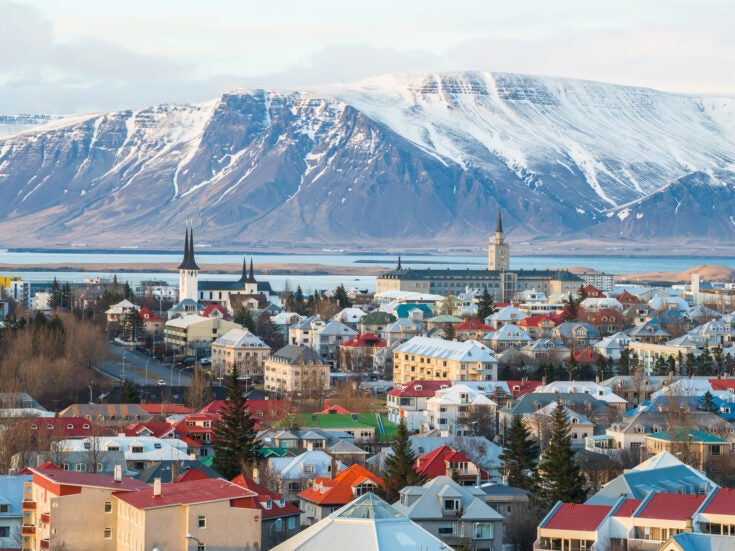 “It’s actually quite difficult to invest in a company that doesn’t make adequate ESG disclosures, and that bar is getting higher and higher. Regulators in Hong Kong and Singapore are certainly noticing that,” says Mervyn Tang, global head of ESG research at Fitch Ratings in Hong Kong.

“I see these reforms as less about attracting foreign investors and more about continuing to meet the minimum standards required by the investment community.”

Margarita Pirovska, director of policy at the UN-backed Principles for Responsible Investment (PRI), points to a “snowball effect” of ESG policies in Asia-Pacific. “Regulators now see that sustainable finance policy is not optional,” she says.

“Regulators are recognising that for these reforms to be meaningful for investors, there needs to be alignment between jurisdictions,” Pirovska adds. “We’re seeing parallel developments, which is very helpful.”

That said, some see Asia-wide ESG rules as being unlikely any time soon because of the wildly different pace of regulatory development across the region.

Still, the UN’s Sustainable Stock Exchanges Initiative has been particularly influential in Asia, along with green, social and sustainable bond standards introduced by the Asean Capital Markets Forum, according to the PRI.

These developments reflect the soaring popularity of sustainable investment in Asia – as elsewhere in the world. Regional ESG bond issuance of $69bn in the first half of 2021 was treble that of the same period of 2020, with China accounting for about half that volume, according to data provider Refinitiv.

According to a survey by HSBC Asset Management, 84% of investors in Hong Kong, Singapore and China consider ESG issues central to managing their investments.

A feature of both Hong Kong and Singapore that stands out for ESG-minded investors is the relative policy certainty in both jurisdictions.

“Having a roadmap of the government’s ambition on key ESG issues really helps set the tone for corporates, allowing investors to make longer-term decisions because they understand the impact of future policy shifts. Both Hong Kong and Singapore have done some great work on that front,” says Gabriel Wilson-Otto, director of sustainable investing at fund house Fidelity International in Hong Kong.

In October last year, the Monetary Authority of Singapore (MAS) announced a new long-term strategy to “make sustainable finance a defining feature of its role as an international financial centre”, as its managing director Ravi Menon said at the time.

Hong Kong made a similar move two months later when a working group launched the Strategic Plan to Strengthen Hong Kong’s Financial Ecosystem to Support a Greener and More Sustainable Future. The group was convened by the Chinese territory’s monetary authority, Securities and Futures Commission (SFC), stock exchange and a range of other agencies.

This makes the two financial centres stand out as ESG hubs over other markets in the region, Wilson-Otto says, though regulators have also been innovative in Malaysia and Thailand.

A region of SOEs and conglomerates

Certainty on future policy decisions is especially important in Asia, where so many companies are government-owned or affiliated and operate in highly polluting sectors, such as energy, utilities and manufacturing. Nearly half of all state-owned enterprises (SOEs) globally are in China, and they are often listed in Hong Kong. Countries such as Malaysia, Indonesia and Thailand boast a substantial number too.

“A national energy grid’s ability to switch to renewables is limited almost entirely to its environment minister. The company doesn’t have the flexibility to determine its own capital allocation, so understanding the national policy setting is essential to understanding the ESG profile of the investment,” says Wilson-Otto.

“It’s a nuance of the region that makes ESG assessments based solely on metrics much harder.”

Determining the ESG profile of a conglomerate, of which there are hundreds in Asia-Pacific, is doubly complex because many sprawl across very diverse sectors. Japan’s SoftBank, for instance, has businesses in technology, financial services, energy and even baseball. South Korea’s LG is in electronics, telecommunications and chemicals.

Creating a holding company-level ESG profile for either of these would be difficult because sustainability reporting frameworks are often sector-specific: a chemicals producer’s risks and opportunities will differ markedly from those of a telecoms company. This is a challenge for regulators everywhere, but it’s particularly acute in Asia-Pacific.

Many sustainable finance policies in both Hong Kong and Singapore have been loosely modelled on equivalents in Europe. Stewardship codes – introduced in Singapore in May 2019 and in Hong Kong a year later – have largely mirrored the EU’s approach, in the same way that corporate governance codes were rolled out across the region in the early 2000s.

Typically, though, Asia-Pacific policymakers will opt for a lighter-touch, more principles-based approach than their EU counterparts.

If the EU or UK releases a 200-page document [of sustainable finance rules], in Asia it will be more like 20 pages. Jolyon Ellwood-Russell, Simmons & Simmons

“If the EU or UK releases a 200-page document, in Asia it will be more like 20 pages,” says Jolyon Ellwood-Russell, partner at law firm Simmons & Simmons in Hong Kong. “Apac [Asia-Pacific] regulators don’t really like a tick-box approach, partly because enforcement is much more difficult [than in the EU]. Asian jurisdictions are far more independent of each other.”

Authorities in both jurisdictions are increasingly, like the EU, looking beyond the E in ESG – for instance, at supply chain finance and due diligence and at board diversity, say lawyers.

Consultations are also under way in both Hong Kong and Singapore on introducing a sustainable finance taxonomy. That has been a key feature of the EU’s reforms. Taxonomies are particularly helpful because they assess an investment at activity rather than entity level, which could help simplify ESG profiling of Asian conglomerates.

However, such moves could also be getting ahead of themselves. “If regulators came up with the perfect taxonomy today, we still wouldn’t be able to use it because the underlying data isn’t available from issuers yet,” says Wilson-Otto. “That’s true in Europe too, where there’s a much longer history of ESG reporting, but it’s even more challenging from an Apac perspective. We still have a fair way to go on this.”

Regulators play a key role in that journey, he adds. “We see the data required by regulators as important to our preliminary screening and analysis, and for improving transparency, but it’s not in itself a solution,” he says. “Those basic disclosures will be complementary to our own analysis and can help us have more interesting discussions and do higher-level work – in the same way that automation does.”

Efforts are certainly under way to set standards globally. The IFRS Foundation – which sets accounting standards used in 140 countries, including Hong Kong and Singapore – is working on establishing a globally agreed set of principles for non-financial disclosure.

The two jurisdictions are also working on strengthening the local requirements in this area. For instance, Hong Kong’s SFC on 29 June issued updated requirements on ESG fund disclosures.

Easing the burden on companies will be essential, suggest Ellwood-Russell, Tang and Wilson-Otto. They all agree that corporates often complain that the current situation – where data aggregators, asset managers and rating agencies use their own tailored metrics, often with the aim of adding value to their services – is overly burdensome, time-consuming and expensive.

However, assessing the effectiveness of any sustainability reporting initiative, including the IFRS’s, will be difficult, given the subjective nature of the material being assessed.

“We often take credit ratings as a parallel with ESG ratings, but we can quite easily test the quality of credit ratings by seeing who defaults and who doesn’t,” says Fitch’s Tang. “It will be much harder to make the call on who was right about what’s sustainable and what isn’t.”

Such decisions should be made easier the more the likes of influential jurisdictions, like Hong Kong and Singapore, take their cue from internationally accepted standards.

Topics in this article: Cities

Elizabeth Meager is the policy editor of Capital Monitor. She is dedicated to making sense of regulatory developments and their influence on the flow of sustainable finance and investment. She was previously managing editor of IFLR.
Websites in our network