The coronavirus pandemic has led to significant changes in how people approach banking. 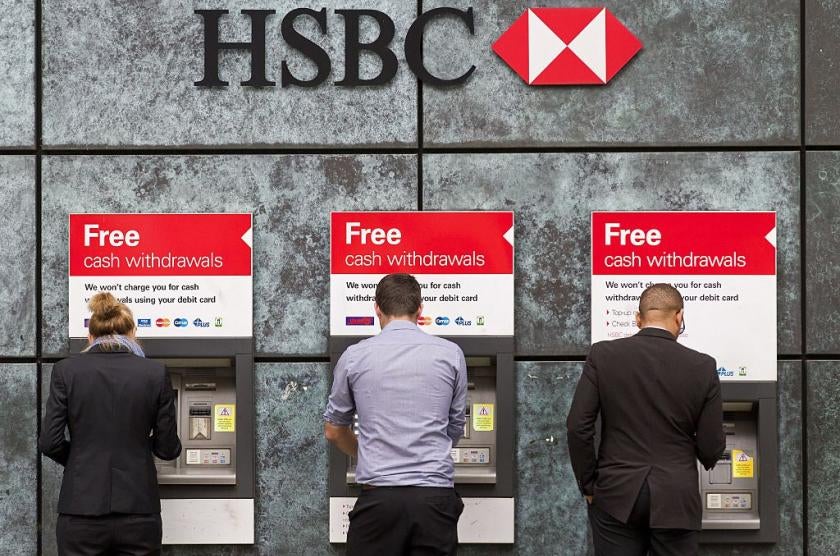 In the US and UK, disadvantaged areas have fewer bank branches, and are losing them at a higher rate. (Photo by Justin Tallis/AFP via Getty Images)

A recent survey found that four out of five Americans (78%) were concerned about going to their local bank or grocery store. More than half of respondents (55%) said they would visit bank branches less often, and another quarter (26%) said they would avoid face-to-face banking altogether.

But even before the Covid-19 outbreak, banking was increasingly shifting to virtual spaces and away from physical ones. In the UK, the number of bank and building society branches has fallen by 22% from 2012 to 2019, according to a House of Commons Library report. The same thing has been happening in most developed countries.

Northern European and Baltic countries have registered some of the biggest drops in the number of bank branches per 100,000 adults in the past few years. The US and Australia, on the other hand, have slightly more modest declines.

Banks are closing their branches in order to save money while more and more customers are using online banking services.

Where are bank branches being closed?

A CityMetric analysis of figures from the Federal Deposit Insurance Corporation (FDIC), a US government agency that insures deposits from commercial and savings banks, reveals that the country’s most disadvantaged areas have less than half as many branches as the most well-off areas. There are now 4,854 bank branches in the 10% most disadvantaged areas across the US, compared to 11,042 branches in the most well-off 10% of areas.

The most underserved neighbourhoods already have fewer banks, and they’re losing them at a faster rate while gaining far fewer new branches.

Between the beginning of 2014 and the middle of June 2020, almost 17,500 bank branches were closed in the US and fewer than 7,000 were opened, according to an analysis of figures from FDIC and S&P Global. (Figures released by the FDIC and S&P Global have some differences, but they are minor and should not radically affect the results of the analysis. The locations of bank branches in the FDIC data have been determined as the centre of the ZIP Code they’re in.)

The most well-off American neighbourhoods now have just 7% fewer bank branches than they did at the beginning of 2014, compared to declines between 11 and 13% in all other neighbourhoods.

Things look similar in the UK. According to Which?, a British consumer issues resource, 3,292 bank branches closed in the UK from January 2015 to August 2019, with the North West of England, the South East of England, and Scotland bearing the brunt of the change.

CityMetric analysis reveals that in the UK, just like in the US, disadvantaged areas have been hit particularly hard.

Just 42 bank branches were closed in the 10% most well-off neighbourhoods in cities and major towns in England and Wales. The worst-off 10% of areas, on the other hand, saw more than three times as many banks disappear in the same time period.

A note on “disadvantage”

It is worth noting here that there is no formal definition of disadvantaged areas in the US.

In England and Wales, disadvantaged areas are those with the lowest scores in government-released indices of deprivation. These indices take several metrics into account: not just income, but also data around employment, education, health, crime, barriers to housing and services, and the local living environment.

While an official equivalent doesn’t exist in the US, a group of researchers proposed the creation of a similar index based on available census data. We have used that in our analysis above.

Who will go underserved?

While officials and bank executives have claimed that the vast majority of bank users will not be seriously affected by bank closures, some people rely on brick-and-mortar banking.

Branches are important for small businesses, many of which may operate with a lot of cash. A report from “Move Your Money” found that UK areas that lose their last bank branch register a 104% drop in small business lending growth.

Bank closures also affect the elderly and disabled people, many of whom are still unable or unwilling to use digital banking services.

Analysis by S&P Global also revealed that banks are closing at a higher rate in majority-Black neighbourhoods in the US. From 2010 to 2018, the number of bank branches in majority-Black areas shrank by 14.6%, compared to the 9.7% average in all other areas.

Income was not an indicator of why Black communities are losing more banks – wealthier Black areas were just as likely to see bank closures as poorer ones.

How can bank closures be mitigated?

The gradual vanishing of brick-and-mortar banking is likely to be accelerated by the coronavirus crisis.

According to Fidelity National Information Services (FIS), which works with 50 of the world’s largest banks, there was a 200% jump in new mobile banking registrations in early April.

But there are still a number of ways that banks can serve as many customers as possible.

Some banks are helping older customers transition to digital banking by offering them extended support online, over the phone or video calls. This is meant to emulate the customer support experience of bank branches remotely.

Bank services can also be consolidated to make up for reduced foot traffic. In the UK, post offices give people access to the vast majority of banking services, although post offices are threatened by closures as well.

Some banks are also setting up temporary or mobile banking units. British banks have even launched “Business Banking Hubs”, joint branches that target small business customers. A similar approach could be used to launch joint bank branches for people in underserved neighbourhoods.

There is no question that banks still need to exist. One survey found that some 75% of Americans still visit a physical bank branch at least once a month.

For a lot of bank users, brick and mortar is not only preferable, it is necessary. And while city centres won’t see their banks go away anytime soon, those living in poorer parts of town may need access to banking even more.

Topics in this article: Demographics