Last year unleashed some catastrophic weather across the world. At the beginning of 2017, Australia experienced one of the hottest summers on record in Sydney and Brisbane, followed by a killer summer heatwave across southern Europe and wildfires triggered by heat in California.

The Atlantic hurricane season was particularly active, recording three mighty category 5 hurricanes – Harvey, Irma and Maria – resulting in significant casualties. The cost of the damage across the American continent was in excess of $260bllion.

At the same time, the 2017 monsoon season brought considerable rains to the Indian subcontinent, and resulted in devastating floods in parts of India, Pakistan, Nepal and Bangladesh (one of the most flood vulnerable countries in the world), causing more than 1,000 deaths. 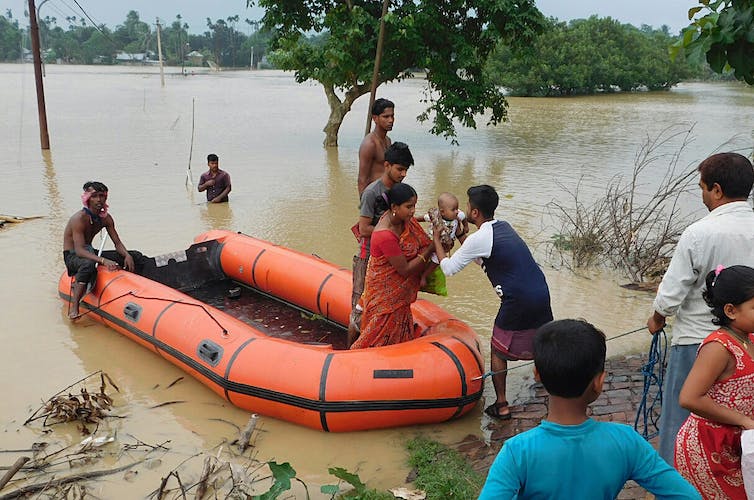 At the end of 2017, we could look back at the statistics and see that globally it was the warmest non-El Nino year on record. El-Nino is the warming part of the El-Nino Southern Oscillation (ENSO) cycle which affects global ocean and atmospheric currents and can create powerful storms and hurricanes.

In a world that is getting warmer, what does that mean and what might 2018 hold for weather across the globe? Are we destined to see more and more of these “unusual” and catastrophic weather events which result in significant devastation? What effect will climate change have on our weather and will this become the new norm?

Looking at the facts

First, we need to untangle the difference between weather and climate change, something president Trump seems to confuse. In a nutshell, the difference is time. Weather is the conditions in the atmosphere over a short period of time. Climate is how the atmosphere behaves over a longer period of time. When we talk about climate change, that generally means changes in long-term averages of daily levels of temperature and rainfall. So we may see a change in average or typical weather over a number of years, but we can still experience extremes in any one year.

This also helps us to understand the role climate change has played in past events such as heatwaves, wildfires, droughts, or extreme flooding and some of their large-scale drivers such as ocean and atmospheric patterns of warming and cooling, like El-Nino.

Looking at the past there are many factors which control the onset, spread and eventual impact of a big weather event. But not all of these factors are climatic and many relate to things such as urbanisation, engineering interventions or land-use changes.

According to the Intergovernmental Panel on Climate Change IPCC, an international body set up to assess the science of climate change, we can continue to expect an increase in the average global temperature. That means we will be experiencing warmer years in the future.

But at the same time, we may see changes to the extremes, which could become more frequent in the case of high temperature or heavy rainfall, or less frequent in the case of extreme cold. This means that the distribution, occurrence and expected averages of our weather (for example, temperature and rain) throughout the year may change, resulting in warmer years on average with more extreme hot days, and fewer extreme cold days in the future. 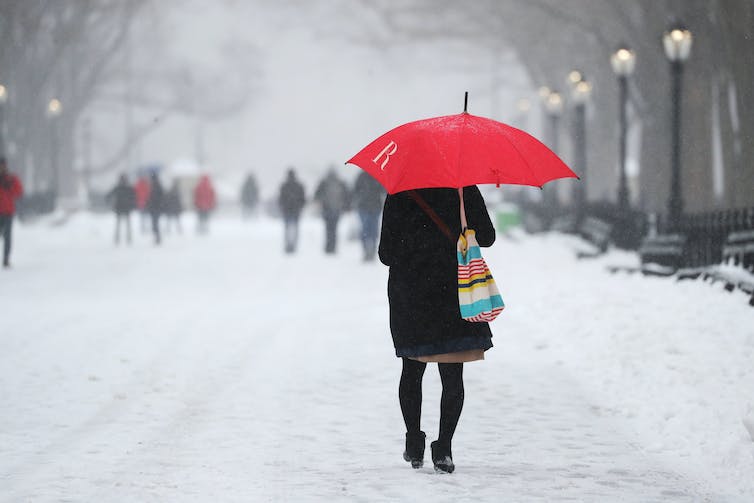 This pattern has a direct link to such phenomena as heatwaves, which are caused by more extreme temperatures. The links to droughts or periods of extreme low flows in rivers are more complex. Global Circulation Models (GCMs) – a collection of numerical models that provide a 3D analysis of global climate interactions such as atmosphere, oceans, ice and land – predict increases in temperatures for some regions, such as southern Europe.

In terms of tropical cyclones, the effects of climate change on these phenomena is an active area of research as the processes are complex. For example, the Clausius-Clapeyron relationship which can be related to the water vapour-carrying capacity of the atmosphere, may have an impact on the strength and intensity of such storms.

The relationship states that for every degree rise in temperature, the water-holding capacity of the atmosphere increases by 7 per cent, so in a warming ocean, the air above the water has a much greater capacity to hold water and thus store more rain that can feed more powerful storms.

But sinking cold air from the upper atmosphere may prevent storms from rising in the first place. If this happens more frequently with climate change then we can expect fewer such storms. That means in the future there may be fewer tropical cyclones forming, but those that do will be stronger and more intense.

In a warming world, we can expect it to get wetter. The distribution of the rainfall throughout the year could change as we experience longer, drier spells, although when rain falls it may be in intense bursts. Recent research by Newcastle University analysed the results from finer scale GCMs climate projections and suggests we may expect more intense summer rainfall in the UK in future. New climate projections from GCMs are being prepared for the UK to help predict what the future climate may look like.

Flooding from intense rainfall or river sources has many complex drivers which cause the damage in catchment areas. For example, land use changes (such as intensive farming practices or deforestation) and the degree of urbanisation both play a part in flood risk. Recent research for the UK suggests that we will see an increase in the frequency of extreme river flooding.

So what can we expect for 2018? Already Australia is experiencing extreme heat, while the eastern seaboard of the US is suffering a severe cold spell, and the west coast devastating mudslides that have killed 17 people. So far 2018 seems to be picking up right where 2017 left off.

Governments need to recognise and absorb that extreme weather across the globe is likely to become more common and start to adapt accordingly, rather than treat it as shocking one-off events. Otherwise, we risk increasing loss of life and environmental damage in the future.