Picture the scene: it is 5:30pm on a Tuesday at the end of October, and the streets are full of people walking and cycling home from work. The following week, at the same time, the number of walkers and cyclists has dropped by almost half. The only difference is the clocks have moved back one hour to mark the beginning of Daylight Saving Time.

Naturally, the number of people walking or cycling varies greatly at different times during the day. But twice every year, when the clocks change, researchers like myself get a rare opportunity to compare numbers of pedestrians and cyclists in the same hour of the day, but under different lighting conditions. This enables us to measure the impact that darkness has on how people choose to get around, while other influential factors such as the reason for travelling or the temperature remain largely unchanged.

Using open-source data from automated pedestrian and cyclist counters in a United States district, my colleagues and I analysed the number of pedestrians and cyclists in the same hour of the day, over a two-week period, both before and after the clocks changed.

Darkness effectively reduced the volume of pedestrians by 38 per cent and the volume of cyclists by 27 per cent, after taking into account any changes unrelated to light conditions.

There are a number of reasons why people might prefer not to walk or cycle after dark. It’s more difficult to see the path when it’s dark and harder to spot potential trip hazards. Pedestrians have to spend more time looking down and are also less likely to be able to detect obstacles.

Darkness also makes it more difficult for walkers and cyclists to be seen by other road users. As a result, pedestrians are 1.7 times more likely to be hit by a vehicle while using a pedestrian crossing at night, compared with during the day. 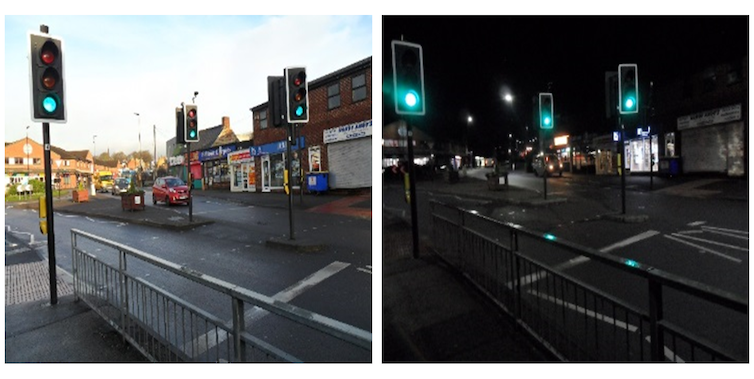 Another reason people may not choose to walk or cycle when it is dark is because they feel less safe. One theory suggests that people assess the safety of an environment based on three things: the ability to see clearly for a distance, the presence of features which could conceal a threat and the potential to escape from the area. Therefore, most places are likely to feel less safe at night, because we cannot see as well in the dark.

Ideally, people should be encouraged to walk or cycle, even when it turns dark, because of the huge potential health and environmental benefits. Of course, networks of public street lights have been combating darkness in cities since the 19th century, following the discovery of coal-gas as an illuminant by Scottish engineer William Murdoch. Smoking his pipe beside a fire one night, Murdoch decided to put coal dust in the pipe and put it in the fire. The bright flame that emerged from the mouthpiece prompted the revelation of using gas as a light source. 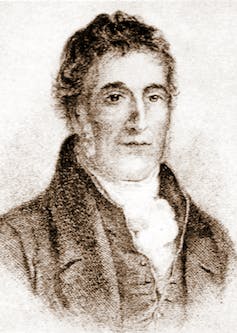 But it’s increasingly important to use street lighting effectively to avoid wasting energy and creating needless light pollution, which can have negative effects on plants and animals. To that end, lots of research has been carried out to pinpoint the perfect level of lighting, which still enables pedestrians and cyclists to see effectively without wasting any energy.

Current guidelines for street lighting recommend average light levels of two to 15 lux, depending on the type of street. The evidence supporting these guidelines may be flawed however. The 2.5 GWh of energy used by street lighting every year may therefore be misplaced.

Laboratory research has been conducted to measure the impact of light spectrum and intensity on a pedestrian’s ability to detect a trip hazard. The study found that people are able to perceive a hazard with just two lux of illuminance. When the light was brighter than this, people did not get any better at detecting hazards.

The research also found that white light can be used at lower intensities, without affecting pedestrians’ visual performance. Similar results were found for cyclists’ ability to detect hazards. 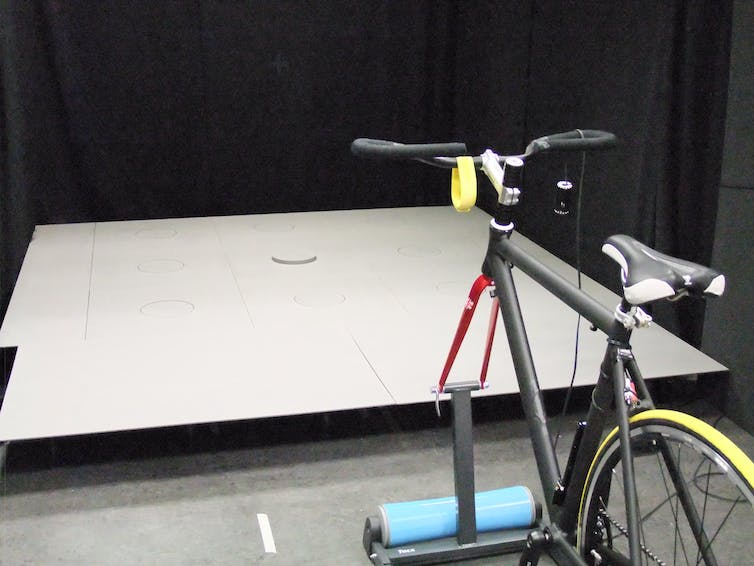 Experimental apparatus to assess effect of lighting on cyclists’ detection of a hazard in the road (Fotios, Qasem, Cheal & Uttley, 2017).

Building on work carried out in the US at the end of the 1990s, our team at Sheffield University is also trying to identify lighting conditions which help people feel safe on the streets at night. The US research, carried out in parking lots, found that people felt safer when lights were brighter but that the benefits did not increase correspondingly as brightness increased. We are now verifying these findings on residential streets.

The change of the clocks every autumn – and the earlier onset of darkness – serves as a reminder of how significant daylight is to people’s everyday behaviour, particularly the way they choose to travel. Lighting can help us continue our day-to-day lives even when the sun goes down – and in this new age of highly controllable and efficient LED lighting it is tempting to assume “the more light the better”.

Identifying lighting conditions that meet our requirements without being excessive can help us save energy, reduce carbon emissions, reduce the ecological impact of our lighting and even make astronomers happier.

Jim Uttley is a postdoctoral researcher in lighting & environmental psychology at the University of Sheffield.