The 2017 hurricane season has brought unprecedented destruction to the Caribbean and southern United States. As millions of people around the world have watched these events unfold from afar, no doubt some have found themselves wondering why people continue to live in places under threat from natural disasters – and even return to rebuild these places after they’ve been destroyed.

As a senior lecturer in government and public policy, I take a strong interest in these matters. After Hurricanes Katrina and Rita devastated portions of the US Gulf Coast in 2005, I conducted a survey of people who survived those hurricanes, as well as those who had followed the media coverage from other hurricane-prone areas in the US. My research offers three key findings, which help to explain the way people deal with disasters.

I found that people decide where to live in part based on how much trust they have in their public officials. If they trust the public officials and disaster managers in a particular community, they are more likely to continue living there after a disaster, because they believe the managers will do a good job in future crises.

This trust is continually built (or eroded) based on the performance of public officials in emergencies. The more positive contact people have with public officials, the more likely they are to trust them to do their jobs. Receiving aid swiftly from temporary distribution centres, or getting help over the phone from aid personnel, increases our trust in the people and agencies supplying that aid.

This means that people tend to have higher trust in their local officials, with whom they are more likely to come into direct contact. Even if trust declines in national officials due to their behaviour or performance, it will not influence someone’s choice of where to live if they believe their local officials will still do a good job in future crises.

So though it is somewhat counter-intuitive, I found that even after incredibly destructive disasters, good experiences with public officials actually strengthen citizens’ resolve to live in threatened areas.

As outsiders, it can be confusing to see people return to rebuild amid devastation. Using the same survey, I compared what the hurricane survivors actually did, thought and felt to what outside observers predicted they would do, think and feel in similar situations. It turns out that when we imagine ourselves in situations seen in the media, we predict that we will behave in drastically different ways to the people who are actually experiencing them.

This is due, in part, to a natural tendency to fear events that are incredibly damaging – even if those events are highly unlikely to occur. A classic example is that many people are afraid of air crashes but not of car crashes, even though the probability of an aircraft crashing is much lower than that of a car. 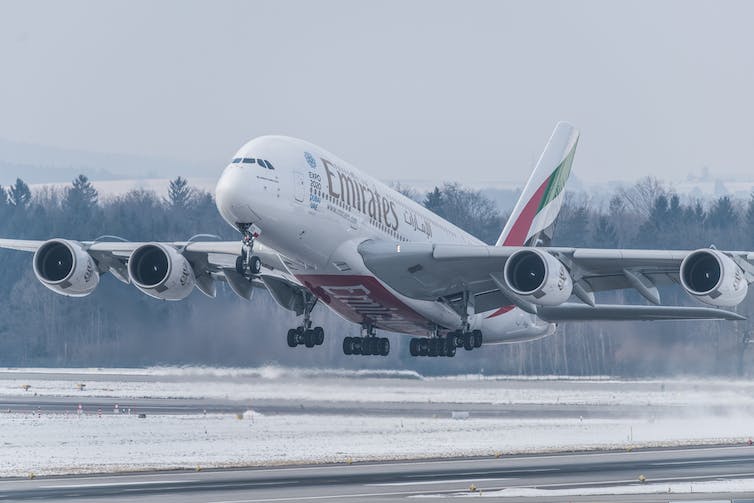 Cause for alarm? Probably not. Image: HooLengSiong/Flickr/creative commons.

When presented with a hypothetical situation such as a hurricane, we often imagine the worst-case scenario: that our homes will suffer much more damage than the average and that our lives will suffer far more disruption than even the worst hurricanes in history have caused.

Research tells us that the media coverage of such events is partly to blame for this. Many outlets will focus on the most shocking or evocative images and stories, in order to keep viewers’ attention.

This combination of factors mean that outsiders tend to believe that, faced with such a scenario, they would take extreme action – such as never returning to their homes. But in reality, many more people opt to return to their homes and rebuild than those who choose to move away.

When asked why people live where they do, both survivors and observers homed in on two answers. As one might expect, jobs and employment are important to people’s choice of where to live. But many choose where to live because “it just feels like home”. This sense of place compels people around the world to live where they do.

These personal considerations are difficult to quantify – but they mean that future threats do not factor as highly into people’s decision to return and rebuild as outsiders might think. So, you may look on from afar and wonder how anyone would want to rebuild a devastated area. You may even try to put yourself in the place of survivors – and still believe that you would never react the same way.

But my work shows that the ties that bind people to their homes are stronger than we typically imagine. So, if it comes to the point where communities need to be moved out of harm’s way, the answer lies not in highlighting the threat of disaster. Instead, it’s crucial to create governments which survivors can trust – and places where they can feel truly at home.