In cities, the air, surface and soil temperatures are almost always warmer than in rural areas. This effect is known as the Urban Heat Island – a term which first came into use in the mid-20th century. Until the 1980s, this effect was considered to have relatively little practical significance. In fact, given that most studies were done in cities with cold winter climates, a warmer temperature was seen as a potential benefit, because it reduced the need for heating. But since then, we’ve found a number of reasons to be concerned.

For one thing, it became clear that the Urban Heat Island (UHI) effect of cities was influencing air temperature records, which are used to assess climate change. In other words, it became important to remove urban “contamination” from weather station records to ensure their accuracy.

What’s more, as populations in warm and hot cities have increased, so too has the demand for indoor cooling – typically met by air conditioning. This even applies in colder climates, where changing building uses has increased the demand for cooling; for example, in office buildings, to offset the heat generated by computers.

In these situations, the UHI adds to the heating burden: ironically, cooling buildings with air conditioners increases outdoor air temperatures.

Heatwaves have the power to kill; for example, during the 2003 heatwave in Europe, 70,000 additional deaths were recorded, making it one of the region’s deadliest natural disasters of the last 100 years. The UHI makes city dwellers more vulnerable to the dangerous effects of extreme weather events like this.

The potential medical impact is perhaps the most significant issue related to UHI, especially against the backdrop of continued climate change and global warming. For all these reasons, it’s crucial to understand how the UHI works, so that we can find ways to mitigate and adapt to its effects.

The UHI is strongest during dry periods, when the weather is calm and skies are clear. These conditions accentuate the differences between urban and rural landscapes. Cities are distinguished from natural landscapes by their form: that is, the extent of the urban land cover, the construction materials used, and the geometry of buildings and streets. All of these factors affect the exchanges of natural energy at ground level.

Much of the urban landscape is paved and devoid of vegetation. This means that there is usually little water available for evaporation, so most available natural energy is used to warm surfaces. Construction materials are dense, and many – particularly dark-coloured surfaces like asphalt – are good at absorbing and storing solar radiation. 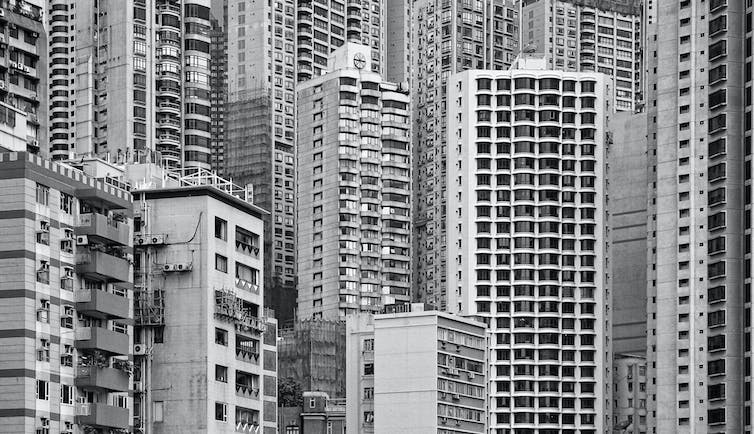 Meanwhile, the shape and positioning of buildings in the city slows the movement of air near the ground, creates complex patterns of shade and sunlight and limits natural energy exchanges. Urbanisation is also associated with the emission of waste heat from industry, transport and buildings, which contributes directly to the UHI.

There are, however, different types of UHIs, with different dominant causes.

“Surface UHI” refers, unsurprisingly, to warmer urban temperatures at the Earth’s surface. Typically, this type of UHI is measured using satellites with a plan view of the city, so that the temperature of roofs and roads (but not walls) can be measured. From this perspective, the surface UHI is highest during the daytime, when hard urban surfaces receive solar radiation and warm quickly.

Another type of UHI is based on observations of air temperature, which are made close to the ground; in the city, this means placing the instruments below roof height. This UHI is usually strongest at night, as street surfaces and the adjacent air cool slowly. Above the roof level, the contributions of streets and building roofs together warm the overlying urban atmosphere. In some conditions, this warming can be detected up to 1km to 2km above the surface. 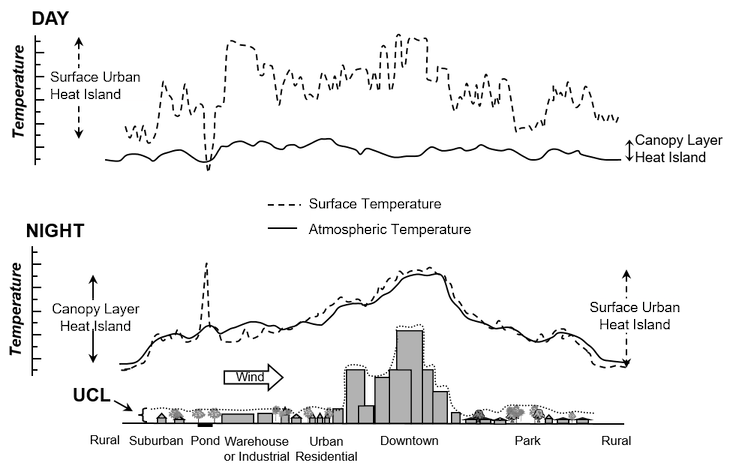 The geography of the UHI is relatively simple – it’s magnitude generally increases from the urban outskirts towards the city centre. However, it also contains many micro-climates – for example, parks and green spaces appear as cool spaces.

The UHI is an inevitable outcome of the landscape changes that accompany urbanisation. But its magnitude and impacts can be managed by modifying some physical aspects of our cities. This can include increasing vegetative cover and reducing impermeable cover; using lighter coloured materials, designing urban layouts to allow for better ventilation through the streets and buildings, and managing urban energy use. 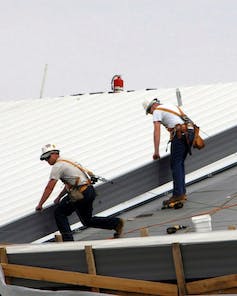 Of course, these solutions need to be tailored to the type of UHI. For example, a focus on building cool or green roofs will have an impact on the overlying air and the top floor of buildings, but may have little impact on the UHI at street level. Similarly, trees may be an effective means of providing street shade, but if the canopy encloses the street, then it can trap traffic emissions, resulting in poor air quality.

As a first step, many cities have completed UHI studies to identify the “hot-spots”, where design interventions could have greatest effect. But what most cities need is a coherent climate plan, which addresses interrelated environmental issues including flooding and air quality, as well as surface and air temperatures.