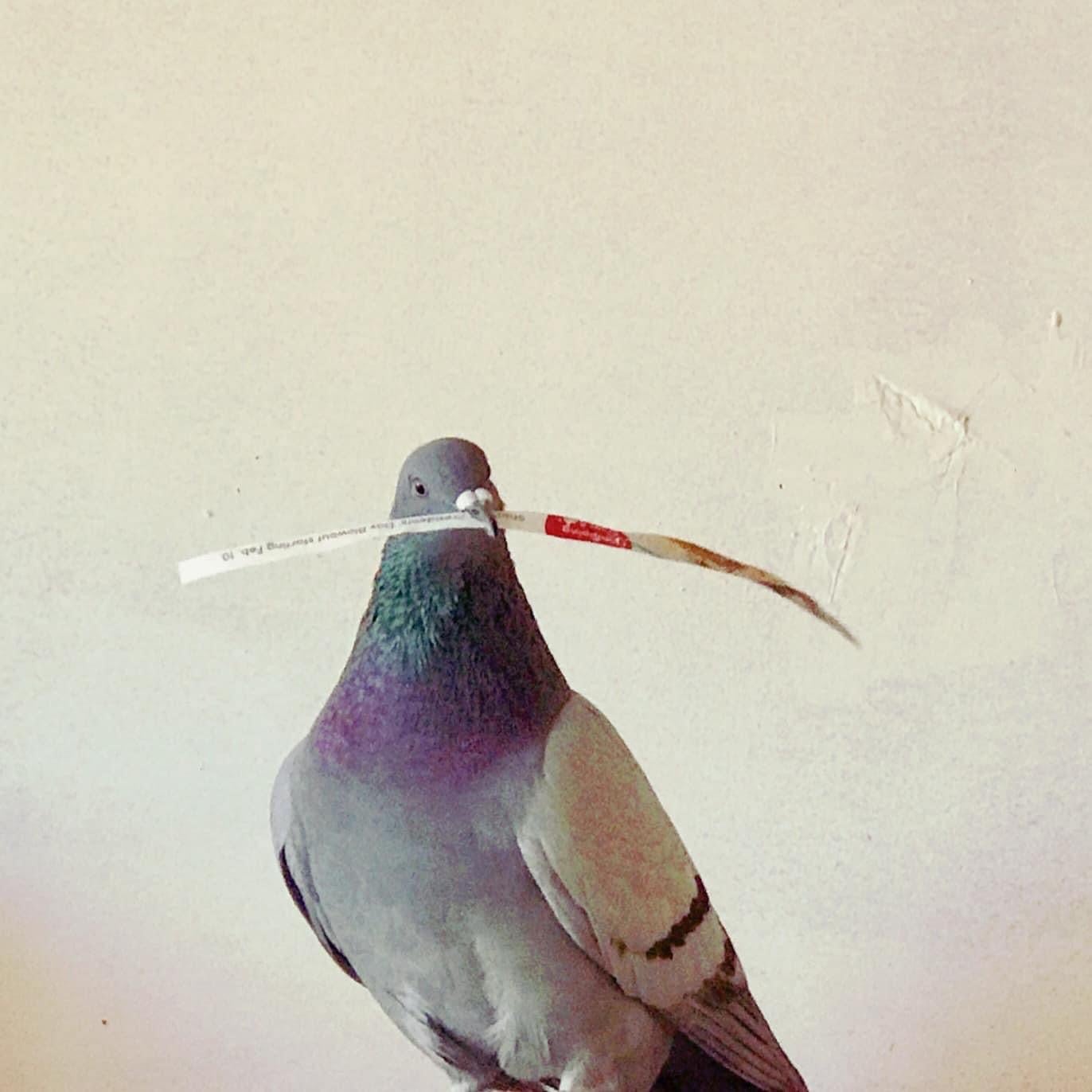 When the pandemic hit in March, more and more people started taking delighted notice of the many local and itinerant avians flitting through the trees. Other folks, though, have a longer-standing interest in some of the city’s less fortunate birds. Through an all-volunteer network, they provide a valuable service to window strike and poisoning victims: they scoop them off the streets and deliver them to aid.

NYC Pigeon Rescue Central is a listserv with about 700 members. Some rescuers, like environmental journalist Reynard Loki, putters out on his motorcycle a few times a year to lend a hand to what he calls “one of our smartest birds, that we take for granted”. But the group’s numbers also include more specialised volunteers. They carry kits containing tiny scissors, tweezers, cotton swabs and antibiotic ointment so when the listserv announces a “stringer”, they can perform onsite operations to remove painful snarls of thread from around pigeons’ feet.

Other rescuers are generalists. For the past three migration seasons, Calista McRae has made predawn circuits of lower Manhattan’s skyscrapers, documenting the feathered migrants that hit shiny glass facades, as part of NYC Audubon’s Project Safe Flight (PSF). She says about 80% of the animals she finds haven’t survived their crashes; their bodies are donated to museums and scientists. PSF compiles data about them, which helps Audubon persuade managers of high-risk buildings to make their windows more bird-friendly. This can be as simple as adding small stripes or dots to glass, a process known as fritting.

This is no minor matter: mortality resulting from window collisions in the US is estimated to be nearly one billion birds annually, a quarter of a million of them in New York City. Thanks in large part to PSF and its volunteers’ efforts to make the bird strike issue more visible, legislation passed last December requiring new construction to use materials that will help prevent avian fatalities.

There are some crash survivors, though. And these McRae scoops, one each, into paper sandwich bags whose bottoms she’s lined with paper towels. Otherwise, “I can hear the scratching of their little feet trying to get a purchase,” she says.

On high-collision mornings, she may collect upwards of 30 birds with head trauma, chipped beaks or fractured wings. To schlep them by subway to the Upper West Side and the city’s only rehab facility of its kind, Wild Bird Fund (WBF), she fashions haphazard suitcases for the birds using binder clips to fasten small bags to larger shopping bags.

On mornings when the English professor is due at work at the New Jersey Institute of Technology in Newark, McRae may put out a call to NYC Audubon’s injured-bird transporters. This listserv was established six years ago in response to the transportation challenges of volunteers like McRae as well as “all the people who call our office who have found an injured bird and don’t know what to do”, says Kaitlyn Parkins, the organisation’s senior conservation biologist, who oversees the 75-member-strong list.

A transporter with a car might drive directly to McRae to pick up her bags of birds. Listservers also respond to other calls for help: a motionless flicker lying on the sidewalk, fledgling gulls who can’t get back up to their rooftop nest or “greasers” who have huddled under a food truck for warmth and gotten covered with cooking oil, which impedes their ability to regulate their body temperature.

The farther afield the bird is, and the less esteemed the species, the more likely the responding rescuer will be Victoria Booth, a Brooklyn-based pet caretaker who rescues hundreds of birds every year. 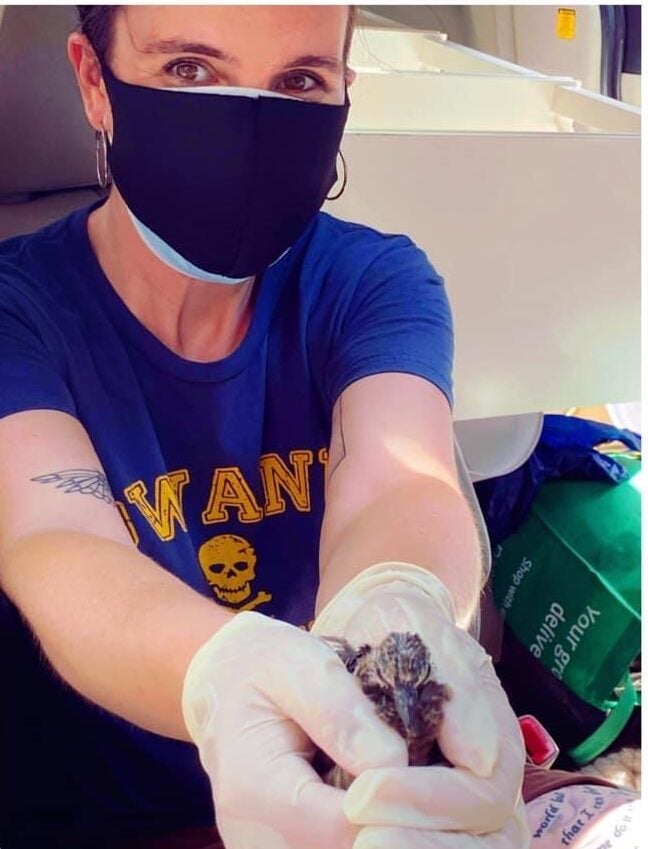 “When it’s a hawk, people are [excitedly] running for that job, [saying], ‘I will swim there if I have to!’” says Booth. She’s collected unwanted roosters flung over the fence of a SoHo community garden, chukars escaped from live markets in Bushwick, a gull with a broken pelvis in Orchard Beach and more pigeons than she can count from every distant corner of the boroughs. “I’m drawn to the underdog, and I feel like, if this bird is suffering, I don’t care what [species] it is,” she says.

In her rotating toolkit are weighted nets to facilitate capture, birdseed and birdsong played off the internet to attract the capture-wary, plastic carrying cases for large creatures like geese, wrap-around goggles (“I cannot stress this enough – any long-billed bird like a grebe is gonna go right for your eyes,” Booth says) a wetsuit for water rescues and a mental tally of potential accomplices. “If the bird needs a ladder, the fire department’s good. If the bird’s in the water, I’ll get [stewardship organisation] Gowanus Dredgers to come out in their kayaks. I always know who to call,” she says.

Volunteers are often drawn to rescue after an encounter opens their eyes to the need. Treehugger editorial director Melissa Breyer signed up for Project Safe Flight this past spring, for example, after seeing a photo on WBF’s Twitter feed of 26 bird strike victims all in pile from one morning, that was it – she knew she had to do something.

Breyer sought out McRae for some practical advice about getting started: bring a permanent marker for writing IDs of dead birds on zipper bags; get those binder clips and sandwich bags ready. When McRae moved to New York from Southern California in 2016, she discovered, “It’s hard to go very far without seeing [a bird] who’s not doing well,” she says. Debarking from the PATH Train in Newark, many mornings she’d run into two veteran rescuers collecting that city’s collision survivors to bring to New Jersey rehabber Raptor Trust. She learned her bagging system and other essential techniques from them.

All these volunteers say they rely on the kindness of so many strangers – an informal but even vaster network of kindhearted urban nature lovers – to pull off their rescues. There was the liquor store owner who donated a stack of paper bags when Parkins’ supply ran out one recent morning. A Midtown flower shop owner who grants sanctuary to rescued fowl on her Westchester property. Building custodians and guards hold on to stunned birds to turn over to McRae on her rounds.

One of Booth’s greatest collaborators is an unhoused man who lives under the Brooklyn-Queens Expressway. “Some people who have had a lot of suffering in life are the most generous,” she says. When the man finds a hurt bird, he uses panhandled change to email Booth from a computer at Staples; she swaps him socks, sweatpants  and food in exchange for the animal. 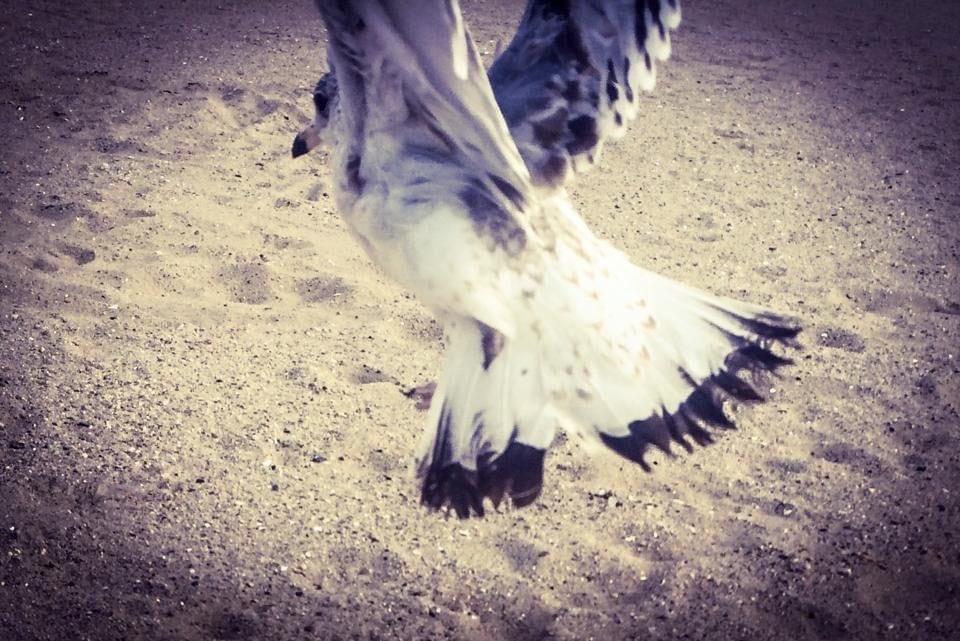 After being found in a parking lot with a broken wing, this gull was rehabilitated and released back into the wild. (Photo by Victoria Booth)

“It’s definitely this wild, beautiful, almost secret network,” says Breyer of the city’s broad coalition of bird rescuers. “It makes one love New York again, if they were having any doubts.”

Lela Nargi is a Brooklyn-based journalist, author and editor.