Scientists have a pretty good picture of how the universe formed and evolved – and how it is structured today. This knowledge all fits together nicely as a “standard cosmological model”, which has been able to successfully predict and describe many observational data in the universe. But now and then scientists discover something that threatens to tear down this valuable framework.

New research, published in Science, has done just that. The paper reports that a number of “satellite dwarf galaxies” – small galaxies orbiting around the much larger galaxy, Centaurus A – are rotating in synchrony in a single plane around their host, which is not at all what was expected.

This is a problem because the standard cosmological model predicts that galaxies form hierarchically, meaning they grow gradually larger by attracting smaller galaxies and tearing some of them apart. This happens as the force of gravity sucks them in, irrespective of which direction they are captured from. You would therefore expect these galaxies to be moving in all sorts of random positions and directions corresponding to however they were moving before being caught in orbit.

Despite being challenged at times, the hierarchical model still stands strong. It supports one of the most fundamental aspects of modern cosmology: isotropy. This is the expectation that the universe is uniform, looking the same in whatever direction you are viewing it. The same expectation for uniform behaviour holds true on the small scales of satellite galaxies. The new study challenges the hierarchical model and thereby also isotropy – it doesn’t make sense for some galaxies in some corner to behave in synchrony and others at random.

What’s more, we see plenty of evidence for the hierarchical model in the wreck caused by past satellite disruptions; also, smaller galaxies in the process of being accumulated gradually and others still surviving.

But just how surprising is the new finding? A few other satellite galaxies moving in a single plane have been found before. Two such cases were discovered right in our cosmological backyard, one around our own Milky Way and one around the Andromeda galaxy. Three is not a big number, but we have not looked for these features much farther away yet. However there is tantalising evidence that about half of galaxies like the Milky Way may have satellites on ordered orbits.

So far, cosmologists have been writing off these planes as rare events, odd occurrences that don’t represent the wider universe. Using computer simulations of galaxy formation and sifting through all possible orientations of satellite galaxies in these models, scientists can estimate the number of such “outlier” galaxies we can expect to find in the universe. This shows that such planar distribution should not be freakishly rare – there is in fact a 10 per cent chance of it happening.

However, the chance of seeing a large number of satellite galaxies rotating in the same direction, such as those around Centaurus A, is less than 0.5 per cent. This means it is not impossible, but if we find too many such cases, the standard model would have to be rethought. In addition to the new study, we know of two other cases where that happens (also in Milky Way and Andromeda). So by now there are already three such examples in a sample of observations that is not yet very large. 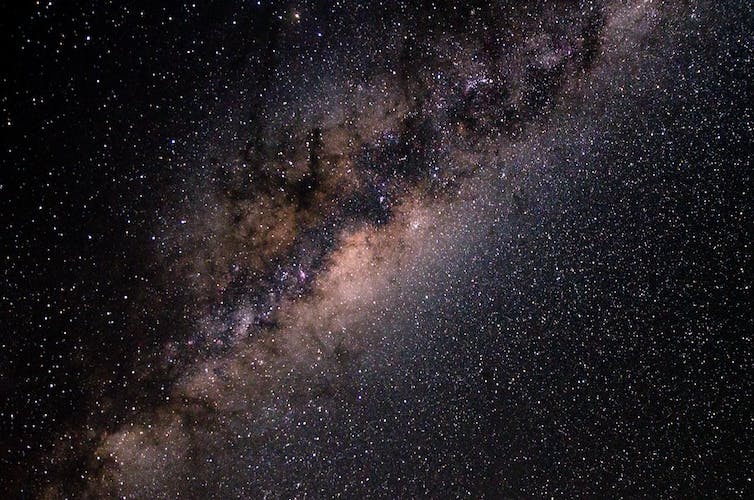 But then there is the “look-elsewhere effect”. This is an effect well known to statisticians, which corrects for our propensity to reach all sorts of bizarre conclusions when a rare event happens in a small sample of observations. By looking elsewhere, that is, by increasing the number of observations and counting all the times when the event does not occur, the statistical significance of that event can be drastically reduced.

But what if we can’t find enough cases to show that these galaxies are an exception rather than a rule? Can the findings be explained at all by our current cosmological model? Possibly, but unusual observations call for unusual explanations. Potentially these dwarf galaxies could have been created in a single event – giving them coherent movement – rather than having been captured one at a time. A massive merger of two galaxies could potentially create this effect. As Centaurus A certainly shows signs of a violent past, this isn’t impossible.

Such a scenario has been proposed for explaining the plane of satellite galaxies in Andromeda, but it seems unlikely this would explain all such cases. The problem with this scenario is that the dwarf galaxies born in a single tidal event would have to share similar star formation histories. However, many of these dwarf galaxies don’t.

The environment of galaxies clearly plays a role. The distribution of galaxies on much larger scale can also have subtle effects on the motion of satellite galaxies. For example, an expanding empty region of space known as the Local Void is thought to “shepherd” galaxies near Centaurus A, steering them along preferred directions. This explanation is also fully compatible with the standard cosmological model. However, cosmological simulations cannot yet show exactly how this would match what’s actually seen.

A more drastic re-evaluation of the whole problem is to tweak the laws of gravity, for example by using something called modified newtonian dynamics. Computer simulations using such dynamics have been able to produce similar planes of satellite galaxies as seen in the Milky Way and Andromeda. However, this theory, although successful in many respects, is still some way from passing the same consistency checks as the standard model.

So it looks like our cherished cosmological model may just be able to survive, at least for a while.