The problem with the size of countries is that the earth isn’t flat. This is generally considered to be a good thing: it means you can travel east from Hong Kong to Los Angeles, for example, without falling over the edge. But for cartographers and map enthusiasts, it can mean that world map distortion is a very real problem.

Why are maps distorted?

That’s because the surface of a sphere cannot be turned into a flat sheet without some major changes around the edges.

The Mercator Projection is a case in point. Invented by a Flemish geographer, Gerardus Mercator, in the 16th century, it re-imagines the earth as the surface of a cylinder.

When laid out flat, it’s pleasingly rectangular, and its eastern and western edges line up neatly. This projection is pretty useful if you’re, say, trying to steer a ship across an ocean, so in its 446 years of life it’s become one of the standard maps of the world.

But it’s also done some odd things to our idea of how the world looks. In reality, lines of longitude converge at the poles; on the map, they’re parallel. As a result, the closer you get to the poles, the more distorted the map becomes, and the bigger things look relative to their actual size.

Thus it is that we’ve all got stuck with maps of the world where accurate country size comparison is all but impossible. For example, Africa (30.4mkm2) appears to be basically the same size as Greenland (2.2mkm2), rather than a whole order of magnitude bigger.

What does a true map of the world look like?

For those looking to find the real size of countries, modern technology has the answer. The True Size is a website that lets you compare the size of any nation or US state to other land masses by allowing you to move them around to anywhere else on the map.

So, when left right up in the north of the map, Greenland does indeed look huge: 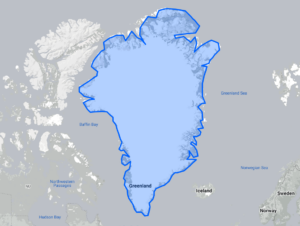 Place it next to Africa though, and you can see it really isn’t all that: 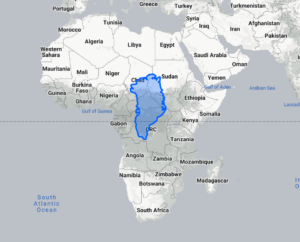 But even the US looks tiny next to Africa. Africa is huge: 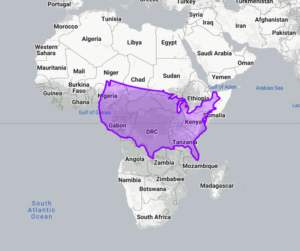 You can even see how vast India is next to the UK: 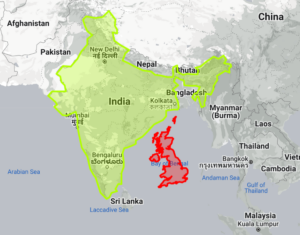 The site is the work of James Talmage and Damon Maneice, whose true map idea was inspired by an episode of The West Wing. It’s worth quoting an entire speech from the episode in question, in which a guest character argues that cartography can warp how we view the world:

When Third World countries are misrepresented they’re likely to be valued less. When Mercator maps exaggerate the importance of Western civilization, when the top of the map is given to the northern hemisphere and the bottom is given to the southern… then people will tend to adopt top and bottom attitudes.

Or, to put it another way, Africa is much, much bigger than you think it is – and Europe much, much smaller.

You can play with The True Size map here.

This article is from the CityMetric archive: some formatting and images may not be present.
Topics in this article : Maps