Wildfires have not traditionally been a widespread issue in the UK. However, the record-breaking temperatures in London and across the country in recent months have prompted official warnings about the risks to British towns and cities.

The Met Office has issued a level 5 warning for this weekend through its Fire Severity Index (FSI), indicating a risk of “exceptional fire severity” for much of the south of England, including London.

This is the latest in a string of severe weather warnings for the UK, with August seeing a second heatwave following July’s record-breaking temperatures as high as 40.3°C.

Along with the Met Office, the team behind the UK Fire Danger Rating System – led by UK academics and Forest Research – is warning that these record temperatures will lead to ”high levels of danger from extreme wildfire”.

According to Swansea University researcher Dr Tadas Nikonovas: “The fire weather index [which calculates the risk of extreme fires] on July 19th was the highest the UK has seen since at least 1979 when the available record began.”

Exeter University professor Claire Belcher added: ”Major retailers stopping the sale of disposable barbeques in some regions is one welcome contribution to reducing accidental ignitions, but with the dry hot weather currently continuing in parts of the UK, the overall fire risk remains very high.”

In response to the increased risk of wildfires, a London Fire Brigade spokesperson said: “With more hot weather forecast for next week, we’re urging people to continue to take extra care and help us prevent fires on open land.”

The London Fire Brigade shared some advice for the public:

“We don’t want to spoil people’s fun,” the spokesperson added, “but we need action for the sake of our green spaces.”

Even if a family barbecue sounds like the perfect weekend activity, due to the dry conditions and rising temperatures, it could be very dangerous. In fact, the next several weeks will be characterised by even more hot conditions and little-to-no rain, leading to concerns that more wildfires could start.

Surge in London fires due to July weather

Numerous fires have posed a threat to properties in the UK in the past few weeks because, even though they started in open spaces, they spread enough to engulf homes and businesses. Consequently, fire services were stretched over at least seven different major incidents.

The London Fire Brigade shared via a press release that on 19 July 2022 that it had over 2,000 calls and had to intervene on more than 1,146 incidents that, thankfully, did not produce any fatalities. However, more than 40 houses and shops were destroyed, and a total of 16 firefighters suffered heat-related injuries, and two of them had to be taken to hospital.

Figures obtained by MyLondon show the London Fire Brigade attended over 3,000 fires in July compared with the monthly average of around 1,200.

Last Sunday 7 August, firefighters were called to extinguish two huge wildfires on both sides of London, caused by dry conditions. More than 70 people were evacuated from their homes in Hereford Road, Feltham, while a grass fire broke out in Newbury Park and consumed around 15 hectares of farmland.

[Read more: The year of the wasp: Coming to a city near you]

Topics in this article : Natural disasters

Silvia Pellegrino is a writer for New Statesman Media Group. 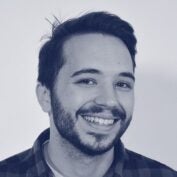