On Saturday, most of England will take another big step toward reopening when museums, hairdressers, pubs and other businesses in the hospitality sector welcome customers for the first time since March. Residents of one urban area, however, will not be joining in with the fun. 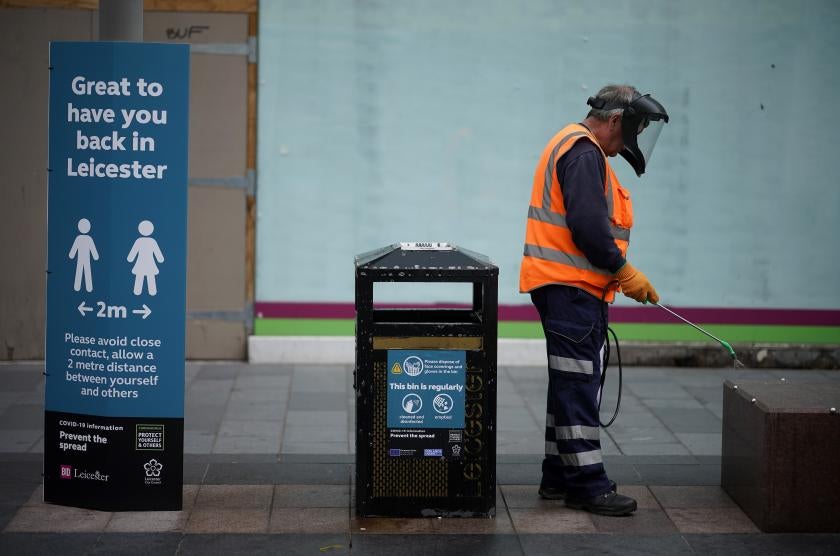 Leicester, an east Midlands city of around 500,000, recorded 944 positive tests for Covid-19 in the fortnight up to 23 June. It’s now responsible for around 10% of all the UK’s cases, despite holding less than 1% of its population.

So Monday night, health secretary Matt Hancock told the House of Commons that it would be the site of the country’s first local lockdown. All non-essential shops have closed. Schools, which were only just beginning to open, are to close once again, and to stay that way until September. The public is being warned to avoid all non-essential travel to or from the city. The measures will be reviewed in two weeks’ time.

The possibility of local lockdowns of this sort was first raised as far back as March. It makes sense: the nature of disease transmission means cases tend to cluster, and it’d be better for both the economy and other forms of public well-being for areas not currently afflicted to begin opening up again. To that end, in May, the government instructed councils to come up with local outbreak plans, to explain how they would manage a Covid flare up, with a deadline of the end of June. Boris Johnson has described it as “doing whack-a-mole”.

But the shift from national to local strategies for fighting the pandemic raises two questions. One is whether local government is up to the job. Even before austerity kicked in in 2010, councils had been stripped of money and powers over a period of decades, inevitably accompanied by a hollowing out of expertise as once-powerful city and county governments gradually morphed into service delivery bodies for Westminster. Over the last ten years they’ve seen sweeping cuts, worth, depending on how you calculate them, at least 20% of their budgets, and possibly as much as 40%.

On top of that, they have remarkably few fiscal levers to pull to raise money, and no ability to set their own laws. They don’t control local policing (forces are accountable to elected police and crime commissioners or, in a few big metropolitan areas, mayors). And they have far fewer powers over schools than they once did, thanks to the academies programme, whose explicit goal was to reduce council influence.

None of this is meant as shade on council staff, many of whom work hard in incredibly difficult circumstances. But if you were trying to design an organisation perfectly empowered to lead the fight against a global pandemic, I’m not sure it’d look like this.

The other question raised by the local lockdowns is more philosophical: what exactly is Leicester? The area that feels like a city to its residents, the area that would feel like a city to a stranger, and the area over which a city council actually has powers rarely align: contiguous suburbs are often out, rural areas sometimes in. The geographies covered by NHS organisations, business groups like local enterprise partnerships and the police will often differ again. Even without getting into questions of commuting, when the government says “Leicester must lock down”, it’s not clear where Leicester stops, or how you can ensure that everyone in and around it understands which side of the line they are on. 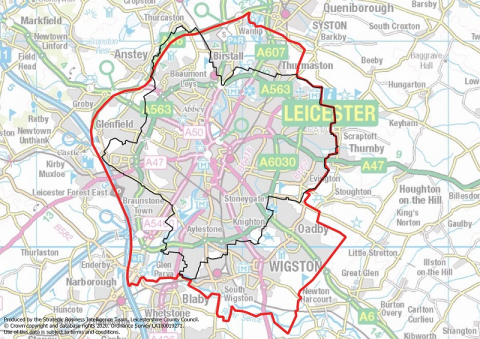 The boundaries of the Leicester lockdown. (Image source: UK government)

Perhaps it’s because of these institutional weaknesses, or perhaps it’s mere habit, that the health secretary seems to “expect to personally be involved in the deployment of all local outbreak plans,” as the New Local Government Network’s deputy director Jessica Studdert put it. There are other signs that national government is struggling to get comfortable with the idea that cities and counties should take the lead. The government first raised the possibility of local outbreak plans months ago. It took weeks to even decide which of the many layers of local government should even draw them up; at time of writing, much of the data on testing results still hasn’t been shared with councils.

But the need for councils to be involved in the fight against the pandemic isn’t going anyway. Indeed, there’s a case for making that role stronger: as Studdert also noted, micromanagement slows things down, and the public may well respond better to “Leicester decides to lock down” than to “London-based government forces lockdown on Leicester”. What’s more, as the city’s former deputy mayor Rory Palmer tweeted earlier, local lockdowns will mean local economic damage. It’s not clear the Treasury will be agile enough to address that. Local government might be.

Neither council boundaries, nor their powers, have been designed to deal with something like a pandemic. Perhaps, among all the many ways in which this crisis will change the world, it’ll help make the case for reform.