The Amazon rainforest is described as the planet’s lungs for good reason. So much carbon is locked up in its trees that protecting the forest is a must if we want to do something about global warming. However, reducing the CO₂ that is emitted when a tropical forest is destroyed depends not only on stopping the actual deforestation, but also on fighting wildfires within the forest.

In a new study published in Nature Communications we show that forest fires are responsible for a huge portion of the carbon emitted from the Brazilian Amazon. During drought years, these fires can emit around a billion tonnes of CO₂. That alone is double the amount of carbon effectively emitted through deforestation in the Amazon.

Yet while deforestation is already recognised as an important driver of carbon emissions, wildfires under the forest canopy present a less visible but still pernicious threat. To figure out just how bad the problem is, we combined satellite data on the current climate, atmospheric carbon content and the health of forest ecosystems. Our work revealed that emissions from tropical forest fires are growing, even though they are still not normally accounted for in estimates of national emissions.

Wildfires – but not natural fires

Wildfires in the Amazon are not natural events, but are instead caused by a combination of droughts and human activities. Both anthropogenic climate change and regional deforestation are linked to increases in the intensity and frequency of droughts over Amazonia. 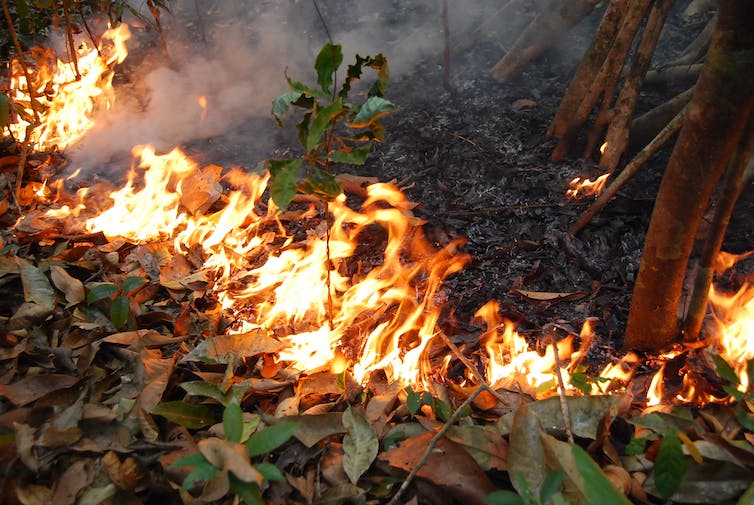 Fires spreads into the forest during the 2015 drought. Image: Erika Berenguer/author provided.

This kicks off a nasty cycle: as trees have less water during such droughts, their growth slows and they’re less able to remove CO₂ from the atmosphere through photosynthesis. Trees then shed extra leaves or even die, which means more wood and leaves are ready to burn on the forest floor and, without a dense canopy to retain moisture, the forest loses some of the humidity which acted as natural fire prevention.

These changes are exacerbated by “selective logging” of specific tree species, which opens up the canopy and further dries out the understory and forest edges, which are drier than the interiors. The result: normally fire-proof rainforests become flammable.

The resulting wildfires have reached a worrying level, burning millions of hectares during the recent El Niño. But the worst could still be to come, as the unusually warm conditions in the Atlantic or Pacific oceans that have caused previous droughts are expected to intensify.

So far this century the Amazon has already experienced three “droughts of the century”, in 2005, 2010, 2015-2016. If the climate science is accurate, and if no action is taken to efficiently predict and avoid fires occurring, we expect that carbon emissions from forest fires would be sustained even if deforestation ended overnight. 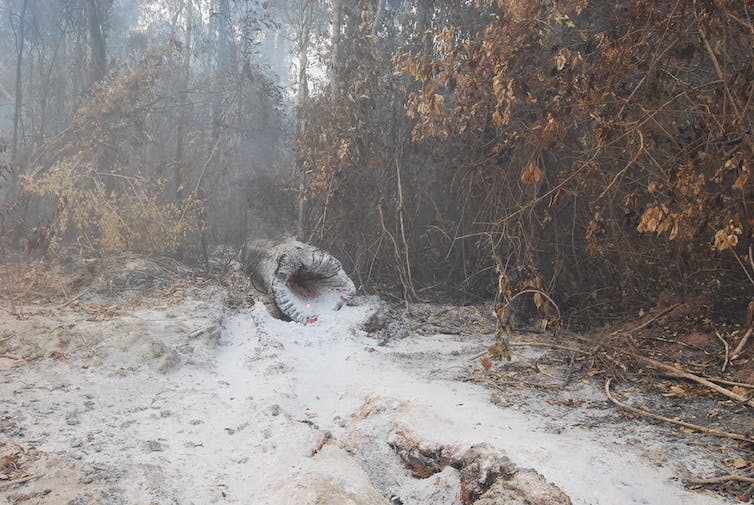 As one of the signatories to the Paris agreement on climate change, Brazil is committed to reducing its emissions to 37 per cent below 2005 levels by 2025. A major reduction in deforestation rates over the past decade is a great start. However, deforestation policy doesn’t help reduce forest fires and consequently isn’t fully efficient in mitigating carbon emissions from the Amazon.

Brazil has made substantive advances in reporting emissions from deforestation. It now needs urgently to focus on incorporating CO₂ losses from wildfires into its estimates. After all, those fire emissions are expected to increase in future, thanks to more extreme droughts, an expansion of selective logging, and the ongoing use of fire to manage pasture or to remove regrowing vegetation on farmlands. 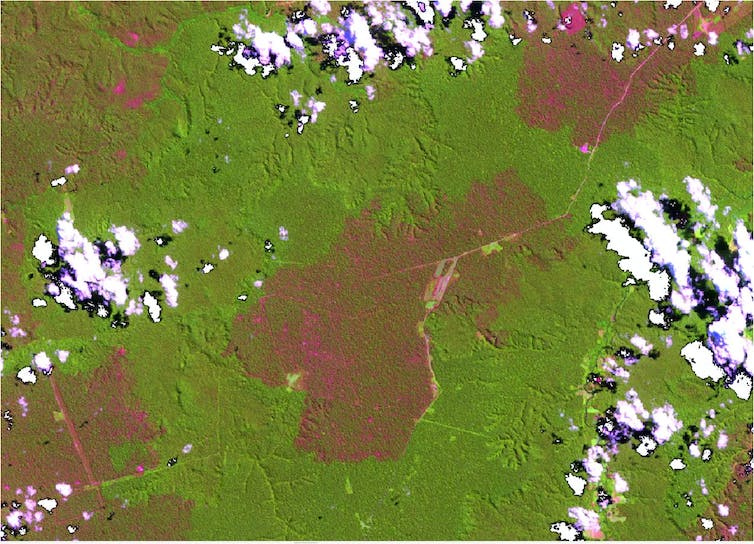 Given that fire is an essential part of many smallholders’ livelihoods, it is critically important to implement sustainable and socially-just policy responses. Brazil should start by reversing the budget cut to the organisation that oversees its only existing fire-prevention programme. It should also avoid selective logging in regions that are prone to fires, and ensure forest management always factors in long-term fire-prevention.

In summary, these findings are not only critical for policymakers in Brazil to strengthen the efforts of effectively quantifying and limiting carbon emissions from forest fires in the years ahead, but also to other tropical nations to tackle the potential impacts of drought-induced fires on their carbon budget. These new findings bring critical information for nations to help prepare for urgent actions aiming to mitigate the potential increase of fire emissions in response to the intensification of droughts in tropical ecosystems.