North America’s three bear species – black bears, grizzly bears and polar bears – don’t typically live in the same place. But in Wapusk National Park, on the west coast of Hudson Bay in northern Manitoba, we caught all three bears on camera – for the first time.

My colleagues and I began studying the bears in Wapusk in 2011, after more polar bears than expected began visiting new field camps in the park. We used remote cameras – a widespread, economical and non-invasive tool for studying wildlife – to find out why and when the polar bears were visiting these camps.

The cameras picked up more than 366 visits by polar bears to the camps in five years. They also detected other bears.

A bevy of bears

Wapusk is best known for its polar bears. They come ashore in the summer and autumn when the sea ice in Hudson Bay melts. Some stay for the winter to den in the permafrost where they give birth. What we see on the cameras reflects that pattern.

But Wapusk also lies along the northern edge of the boreal forest, where black bears are well established. We saw them too, but we were surprised that their visits to our most southerly cameras, on the Owl River, were almost as numerous as those by polar bears. 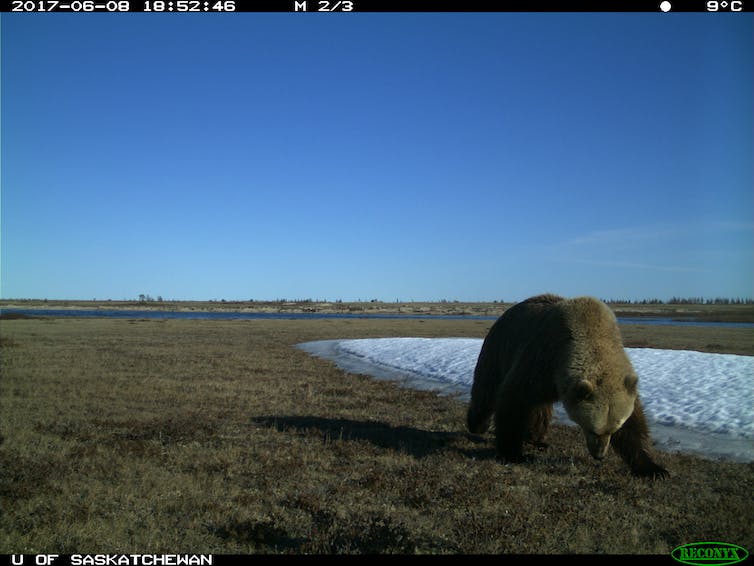 What was new to us were the grizzlies. It wasn’t just one or two transient bears, but several, and we suspect at least one of them may be denning there.

Barren-ground grizzly bears have been expanding their range across the Arctic in recent decades. In Wapusk, they’ve been increasingly frequent since the 1990s, and have even shown up in the nearby town of Churchill.

There’s much our observations don’t tell us, but they are significant for conservation efforts and, more fundamentally, for understanding what to do with these new ecological insights.

Three dynamic ecosystems – forest, tundra and ocean – converge at Wapusk, and all are changing quickly as the Arctic warms.

What we’ve seen in Wapusk is consistent with how researchers expect northern carnivore populations to respond to climate change. The waking life of all bear species is governed by their need to accumulate fat stores for the next hibernation, so this overlap is most likely a response to changes in the availability of bear foods. Which foods, however, we don’t yet know. 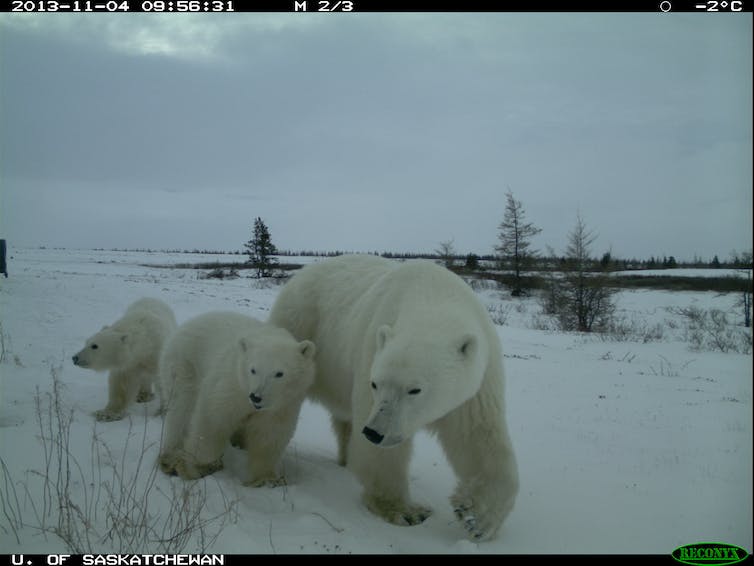 We also don’t know how these species interact with each other, but we predict that grizzlies will benefit most since they dominate both other species elsewhere.

Grizzly bears have displaced and eaten black bears and polar bears in other places, and polar-grizzly hybrids have been documented in the Northwest Territories. It’s clear that the potential for hybridization exists in western Hudson Bay too.

Polar bears and grizzly bears face conservation challenges in many parts of Canada. Learning more about they way they interact with each other – and their surroundings – would probably tell us more about why they are now inhabiting the same place.

When environmental changes occur in national parks, they often become controversial. People often assume the conditions present when the park was established, or the status quo, are “baselines” that must be protected, even though they may just be snapshots in ecological time.

Change has become increasingly central in ecological theory, and its implications have produced heated debate within the conservation community. 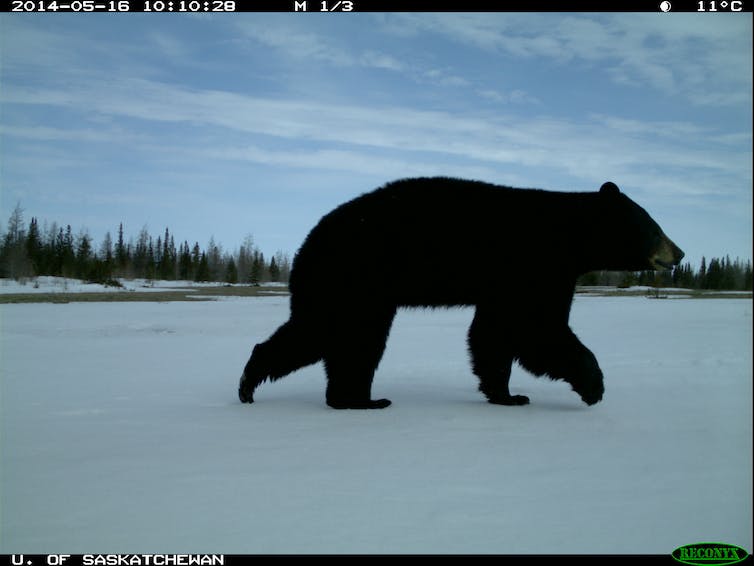 This matters for the grizzly because its expansion into the Arctic has been portrayed as a threat to polar bears. Some argue such a threat should be removed.

Such actions might not be wise since the long and complex evolutionary relationship between grizzlies and polar bears suggests their populations have, at times, benefited from the other.

Instead of looking at this new range overlap as a risk to any of the bears, my colleagues and I think it should be viewed as an ecological response to environmental change that needs to be better understood.

While locals may not be surprised by this scientific observation of the three bears, it is a novel situation that we can learn from – and one that matters beyond northern Manitoba.

Climate change will continue to move species around and create new combinations of them. It’s no easy task for wildlife or park managers to determine which environmental changes are desirable and which aren’t.

Wapusk, however, is a co-managed park that aims to integrate scientific and traditional knowledge with human values. It is equipped for addressing these hard questions. And the question of how to navigate increasing environmental variability more effectively – while recognising the stakes local people have in these conservation decisions – is the biggest challenge environmental managers face today.

This particular story of the three bears isn’t over, and we don’t know how it will end. Consequently, we need to bring a heavy dose of humility to answering the scientific and societal questions the three bears have handed us.