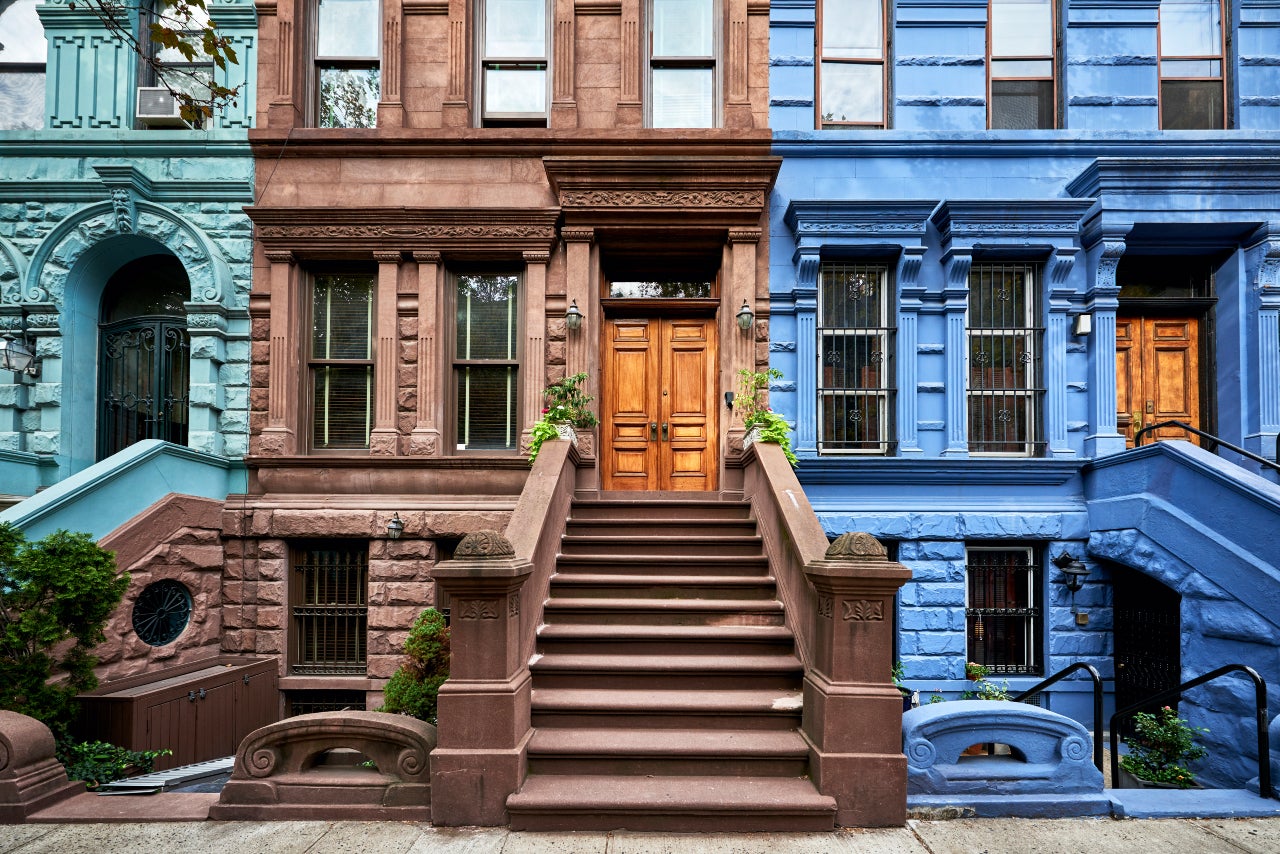 A row of historic brownstones in an iconic neighbourhood of Manhattan, New York City. (Photo by Brian Goodman/Shutterstock)

Travel restrictions across the past year have ensured that many ultra-high-net-worth individuals (UHNWIs) are looking at home soil first when it comes to buying property, with space and privacy shooting to the requirement top spots. But with hits taken on some markets as a result of Covid-19, and other cities experiencing an unexpected boom, what are the most expensive housing markets in the US?

According to international real estate company Savills’ recent property report, markets in the US remained relatively stable throughout the pandemic (with a few notable exceptions), leading to a pick-up in the latter half of the year. The significant rise in homeworking and the desire for space and a retreat to nature all combined to see buyers favour more open cities, such as Los Angeles or Miami, while leaving previous hot spots such as New York in the lurch – and Savills predicts that these new leaders in the US property market will only continue to grow throughout 2021.

Despite taking a significant Covid-19-related hit (one of the biggest in the world, in fact), New York remains the most expensive city in the US to buy property, with a prime capital value of $2,500 per sq ft. In the past year, however, in addition to its devasting battle with Covid-19, oversupply hit New York’s property market hard, as those who could, sought the comparative freedom of the countryside. As a result, the market shrunk by 5.9% over the course of 2020 (albeit with a slight pick up towards the end of the year).

So, in normal times, what was it that made New York so expensive? In short, New York is an attractive place to live. While Washington, DC is the country’s political capital, New York is undoubtedly the US’s cultural and financial capital, with some of the world’s most influential brands and companies calling the city home. The job market is strong, excellent schooling is plentiful and there’s plenty for residents of all ages to do; New York’s popularity speaks for itself.

Of course, limited space also plays a key part. As a city all but surrounded by water, free ground space is hard to come by, with Manhattan desperately clinging to its green space. Space in New York City is so coveted in fact, that developers have all but run out of ground to build on; instead, the only way to build is up, with air space being the most coveted commodity.

If you’re looking to purchase inner city, you will naturally find that the most sought-after properties are luxury condos and penthouse apartments, with buildings in the coveted Upper East Side providing stunning interior design, panoramic city and park views and uncompromised security. Alternatively, for a more townhouse-esque property, opt for an iconic New York brownstone on the outskirts of the city centre, many of which have been refurbished to a remarkably luxurious standard.

For a minimal-effort, personalised and more discrete residential offering in New York, choose a luxurious branded residence, of which the city has plenty – the concept did begin here, after all.

Low supply levels throughout 2020 left San Francisco with a generally steady property market, ending the year with an average prime capital value of $1,540 per sq ft – making it the second on the list of the most expensive housing markets in the US.

San Francisco’s booming property market can be attributed to many factors. Firstly, like New York, the city is an undeniably attractive place to live: its climate is appealingly described as “Mediterranean”, its culinary scene is thriving and it’s crammed full of culture and history. For many, the only downside to living in San Fran is its notorious hills.

In addition to the great quality of living, the thriving job market (which is bolstered by an impressive number of stylish tech companies) and its proximity to Silicon Valley also contributed to the ever-rising cost of San Francisco real estate. Of course, there is a little bit of a chicken and the egg scenario in San Francisco: did the high cost of living cause the rise in tech start-ups in the area, or did the booming tech industry and job market attract affluent residents? Whatever the answer, one thing’s for sure: the combination of San Francisco’s tech hub status and its wealthy inhabitants has made for one of the most expensive housing markets in the US.

In terms of residential property, San Francisco has plenty to offer, with Presidio Heights, Seacliff and Pacific Heights being among the most coveted – and most expensive – neighbourhoods. Each of these destinations offers larger family homes, such as the recently sold, ultra-chic mansion in Pacific Heights that we recently featured as our Property of the Week.  Alternatively, for a more central base, opt for a city centre apartment, such as an artistic condo in the LEED-certified 181 Fremont skyscraper, from $5.4m.

Unlike more confined cities such as New York, Los Angeles’ housing market actually grew 2.9% in 2020 according to Savills, making it the largest growth of any US city. Los Angeles ended the year with an average of $1,330 per sq ft, with Savills’ report also predicting greater growth for 2021.

The sprawling city is home to some of the US’s most exclusive neighbourhoods, most of which are found on the Pacific coastline or tucked away in the Santa Monica hills. In the hills, you’ll find areas such as Bel Air, Beverly Hills and Brentwood, whereas by the ocean spots such as Malibu and Venice are both popular, all of which attract a host of notable individuals and A-List celebrities.

For wealthy individuals looking to purchase in Los Angeles, space is the main appeal. While properties in New York, and even San Francisco, tend to be limited in both indoor and outdoor space, LA homes are abundant in room, with mansions being the go-to for the city’s elite. Outdoor space isn’t in short supply either, with pretty much all the larger properties boasting enormous and perfectly manicured gardens. Privacy is another key factor, with most LA homes set some distance away from their nearest neighbours.

The notorious wealth and fame of many Angelenos, and the upscale properties available as a result, are major contributors to the desirability of its housing market. The continued lack of new large-scale developments in the city is also to thank for Los Angeles’ ever-growing property market, with demand severely outstripping supply thanks to local growth control and often, opposition from local residents.

Miami is another city whose housing market fared remarkably well in the midst of the Covid-19 pandemic, with the second half of the year performing particularly well as domestic travel resumed. By the end of 2020, Miami had an average capital value of $970 per sq ft, with a forecasted growth of 5.9% next year. While the boom is impressive, it should be noted that this average value is still not even half that seen in New York – pandemic or not.

Savills attributes the strength of the market to the exponential rise in homeworking, leading more people to realise that they can live where they please, rather than where their offices are – and if this trend continues to grow, you can be sure Miami’s housing market will too.

In addition to home-working opportunities, Miami’s open economy and lack of state income tax are big attractions to relocators. The city’s Covid-19 response is another key draw, with cases remaining comparatively low. Also, as evidence shows that transmissions are considerably lower when outside, it’s no surprise that those who can afford it are flocking to a location where outside dining and socialising is in abundance, thanks to the excellent climate year-round.

Types of property in the city vary greatly, with luxurious inner-city condos complete with first-class amenities and larger, detached properties in gated communities and island enclaves (such as Star Island and Indian Creek Island) all available. And for those looking to invest, Miami’s housing market is showing no signs of stopping. Its appeal is so great in fact, that out-of-this-world branded residences are cropping up left, right and centre on the city’s already impressive skyline – even car manufacturers such as Aston Martin and Bentley are getting in on the action.