When Boris Johnson sold the 35-acre Royal Albert Docks in London to Chinese buyers in 2013, it was his biggest commercial property deal as mayor of London and one of China’s largest investments in the UK. The Greater London Authority sold off further parcels of land in the area in a bid to regenerate the Royal Docks, which had fallen into disrepair with the decline of the docklands from the 1960s. 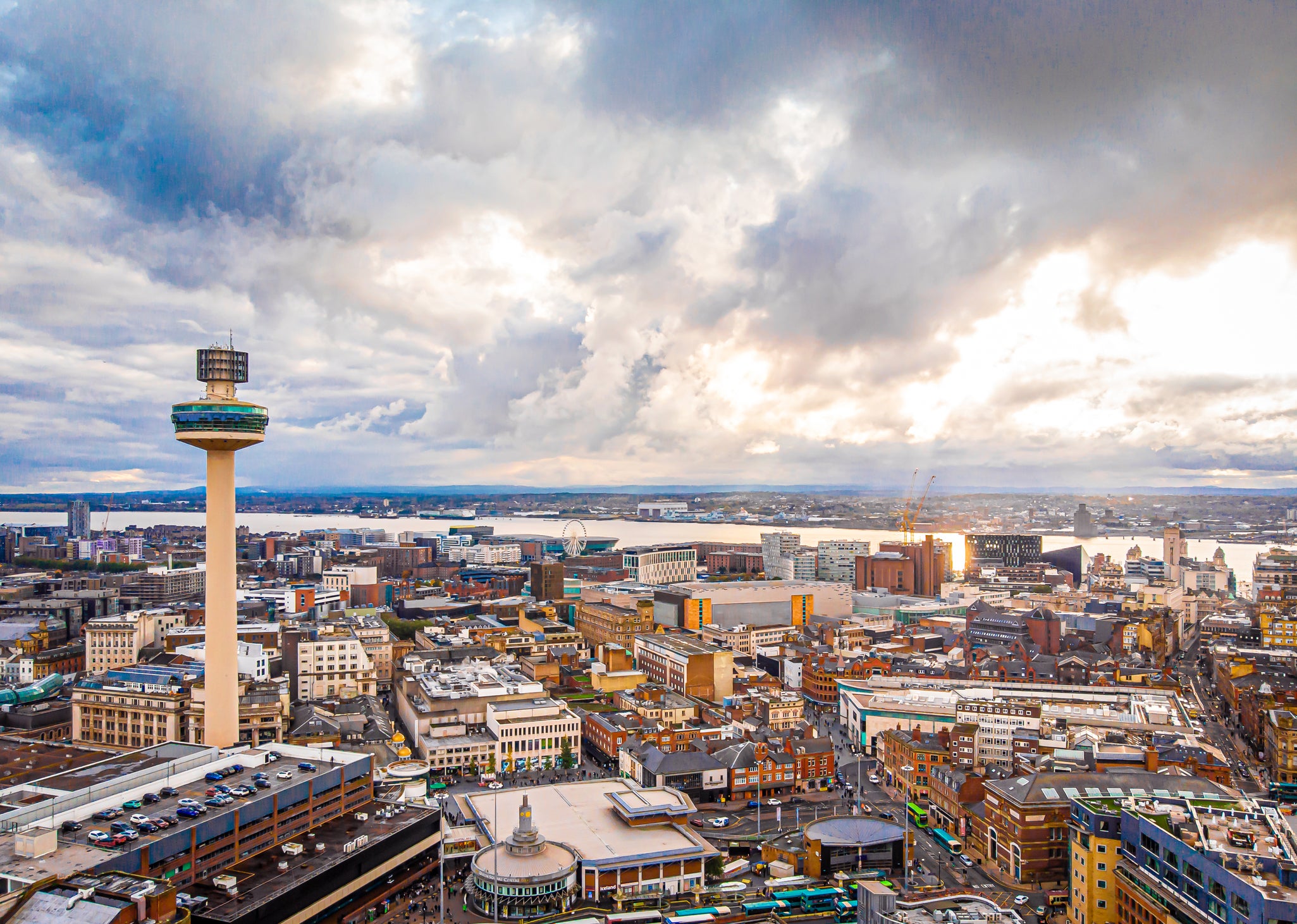 In 2020, Liverpool became the first city in England to set up a land commission. (Photo by Alexey Fedoren/iStock)

Since Margaret Thatcher was elected prime minister in 1979, one-tenth of the entire British landmass, or about half of the land owned by all public bodies, has been privatised. This has included, for instance, dozens of former military bases on Ministry of Defence land.

In our cities, one result of this land privatisation has been the long-term shift from public to private housing tenure: social rented housing declined from 31% of Britain’s total housing stock in 1981 to just 18% in 2012.

As what was effectively our common wealth is sold off, local authorities are losing the capacity to address the interconnected housing and climate change crises. From London to Leeds, this transformation of land has impeded democratic involvement in urban planning. It has displaced working-class communities. And it has heightened social inequalities.

In a bid to make Liverpool the fairest and most socially inclusive city region in the UK, the mayor, Steve Rotherham, launched England’s first land commission in September 2020. The commission’s findings chime with our research. It argues for a fundamentally new understanding of what land is.

What is a land commission?

Liverpool was the first metropolitan area in England to establish a participatory land commission. The participants were from the public, private and voluntary sectors as well as from academia. They were tasked with a radical year-long mission: to figure out how to make the best use of publicly owned land in the city region.

The idea is to build what economists call community wealth. In response, the commission released its final report in June 2021, in concert with the Manchester-based Centre for Local Economic Strategies.

Public authorities in recent decades have largely looked at urban land through a narrow economic growth lens. This has focused on attracting investment at the expense of wider community needs – social housing, say, or public green space.

By contrast, the commission recognises that land plays an important function in addressing social and environmental, as well as economic, needs. This challenges the processes of privatisation, commodification and wealth extraction that have characterised urban development since the 1980s, and which political economist Brett Christophers has described as the “new enclosure”. Similar processes can be seen in other countries around the world too.

Karl Marx and others drew a direct connection between the enclosure of the commons, which took place during the 16th to 19th century in England, and the concentration of wealth in the hands of the elite. If enclosure led to the dispossession of the rural peasantry, that storing up of wealth by the privileged few, in turn, led to the rise of capitalism in western Europe.

As historical research shows, the very notion of the commons is revolutionary. It defines land as collective wealth that belongs to everyone. This stands in stark contrast to the capitalist model of private property.

It is this idea that motivated the 17th-century reformer, Gerard Winstanley, along with a group of men and women who became known as the Diggers, to create a social order based on common ownership of the land.

This historical tradition animates the Liverpool land commission’s vision of how urban land can be managed for the benefit of the many rather than the few. The report explicitly situates the commission’s work within that long history of enclosure and resistance, quoting a 1649 pamphlet from Winstanley: “The earth was not made for you, to be Lords of it, and we to be your Slaves, Servants and Beggars; but it was made to be a common Livelihood to call, without respect of persons.”

The commission’s report includes a series of practical recommendations to reclaim the social function of urban land. These include establishing a citizen-led body for governing public land. It recommends making public land available to community organisations for socially valuable projects such as cooperatives, green spaces and social enterprises. And it suggests establishing an online map of public land resources, including empty land, that is currently held by councils.

If adopted, these recommendations will mark a rupture from the Thatcherite approach to selling off public assets that has dominated since the 1980s. As such, the commission demonstrates how decisions about urban land use can be undertaken in a democratic, participatory and transparent manner.

Our research on public land privatisation in the neighbouring city of Manchester suggests that the land commission approach needs to be expanded to other UK cities. We raised a number of concerns about public land sales by Manchester City Council, including the lack of transparency around deals and the fact that large amounts of public land have been sold to private developers to build city centre apartment blocks that contain no social or affordable housing.

In response to this research, over 60 civil society organisations signed an open letter calling for the mayor of Greater Manchester, Andy Burnham, to stick to his manifesto commitment to establish a Greater Manchester land commission.

The UK government’s “levelling-up” programme has brought regional inequality and postindustrial urban decline to the fore once again. But addressing these longstanding issues will require a fundamental rethink about what land is for and the purpose it serves in today’s society. The Liverpool land commission has opened the door to the future. Which cities will follow?

Hallsworth research fellow, University of Manchester
Websites in our network