The authorities subject those living in Africa’s informal city settlements to recurrent evictions and threats of eviction both on the streets where the workers eke out a living and in the slums where they reside. Thus, at work and at home, those in Africa’s informal sector are under recurrent attack. Some of these evictions are frequently carried out without any prior warnings.

Researchers are documenting that the evictions are used to displace the low-income class from prime urban lands to make way for big capital projects that often benefit a privileged few. In other places, they are invoked to attack the land and livelihoods of suspected opposition supporters.

Whatever the underlying reasons, the evictions often end up destroying the savings, homes, businesses and other physical and non-physical assets the poor workers are able to accumulate over many years of precarious work. Some evidence has emerged that they also leave the workers with mental health problems.

We are a team of international scholars researching urban informality and sustainable cities in Africa. Our analysis of the International Labor Organization (ILO) data on the informal sector and employment suggest that women dominate informal employment in Africa. For instance, women visibly dominate the street economy comprising street vendors, hawkers, petty goods and services traders, among others. This follows that when informal work and settlements are razed, women are likely to disproportionately bear the brunt.

We argue that women in Africa already face many intersecting layers of severe marginalisation and precarity such as limited social security benefits, or the gender pay gap, for example. If African governments are unable to ramp up meaningful interventions to ameliorate women’s suffering, they can at least do them the favour of not destroying the economic and livelihood opportunities that they are able to create on their own. The continent’s leaders must find better ways to deal with informal workers other than forced evictions.

African women and the informal economy

A key feature of the ILO’s study findings is the heavy representation of women in informal employment in Africa.

At the regional level, informal employment is a greater source of employment for women than for men: 89.7% for women in comparison with 82.7% for men. For non-agricultural employment, the figure for women hovers around 78.6% while that of men stands at 67.7%.

While being the backbone of the continent’s economy, African leaders continue to project a hostile attitude towards informal workers. They subject them to sustained attacks. In 2005, Zimbabwean authorities forcibly evicted some 700,000 families in Harare in an operation they dubbed Murambatsvina (clear the filth). Overall, some 2.4 million people were affected in various ways by the operation.

As recently as July 2021, without any prior notice, the authorities in Accra, Ghana’s capital city, sent armed demolition forces to destroy a well-known scrapyard that employs an estimated 8,000 workers.

Nigerian courts have condemned such attacks as “unconstitutional” and an “infringement” against protection from “cruel and degrading treatment”. Nonetheless, Lagos authorities continue to ignore the court’s lawful orders and subject thousands of the city’s informal workers to forced displacements. Ironically, the authorities often justify evictions on the grounds that the workers’ activities violate planning and land-use regulations.

Some of these justifications have been found to be superficial at best and sometimes disconnected from reality. For instance, in 2002, city authorities in Accra noted that residents in Old Fadama (Ghana’s largest informal settlement) were significantly destroying adjoining water bodies like the Korle Lagoon, and thus needed to be evicted.

However, studies by the now-defunct Center on Housing Rights and Evictions (COHRE) and the Department of Biological and Environmental Sciences at the University of Jyvaskyla in Finland uncovered contrary findings: Old Fadama residents were only minor contributors to the destruction of water bodies. Both studies, thus, concluded that upgrading would have been the more appropriate and practical solution rather than eviction.

This points to the deeply flawed and problematic rationale and justifications authorities generally use to mask their true intentions of evicting and displacing informal households and workers.

As our review of the ILO study shows, women dominate Africa’s informal economy and, therefore, stand to lose the most when informal businesses and informal communities generally are destroyed through evictions.

Already, African women remain some of the heavily marginalised class of people in the continent, with the Covid-19 pandemic deteriorating their already bad situations even further.

Some analysts estimate that at the current rate of progress, it would take Africa more than 140 years to reach gender parity. The continent’s leaders should not worsen an already bad situation by destroying women’s livelihood under the pretext of merely exercising urban planning.

This is not to say that they must allow informal workers and activities to go unchecked. The leaders clearly have a responsibility to deal with the congestion, filth, disorderliness and other socio-environmental problems linked to the informal sector to ensure the security and health of the public. This includes the informal workers themselves – particularly the millions of women who dominate the sector.

Achieving these public health and environmental goals, however, should not necessarily lead to the displacement and dispossession of poor people – the majority of which tends to be women – from prime urban lands so big capital can take over.

For instance, instead of clearing poor neighbourhoods to make way for high-end elite projects that benefit a privileged few, they can be upgraded to serve the millions of working-class people who view such communities as their homes.

Also, new well-serviced markets can be built or existing ones can be upgraded; however, they ought to be designed in consideration of the socio-cultural needs of sellers and buyers rather than following the blueprint of western-style shopping malls or commercial centres.

This way, market women and hawkers will use the facilities provided. They won’t need to extend their activities to the pavements and other road spaces to cause congestion and other problems.

The informal economy is the goose laying Africa’s golden eggs. The leaders must, therefore, embrace their underlying contradictions and plan with instead of against it. 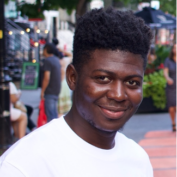 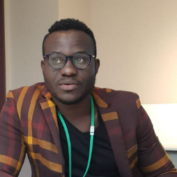