When Covid-19 first hit Colombia in early March, Cathalina Sanchez-Escobar knew she had to do something to help. As director of Medellín’s Museo Casa de la Memoria (House of Memory Museum), she had an advantage: the city government was already looking for ways to include cultural institutions in the city’s pandemic response. 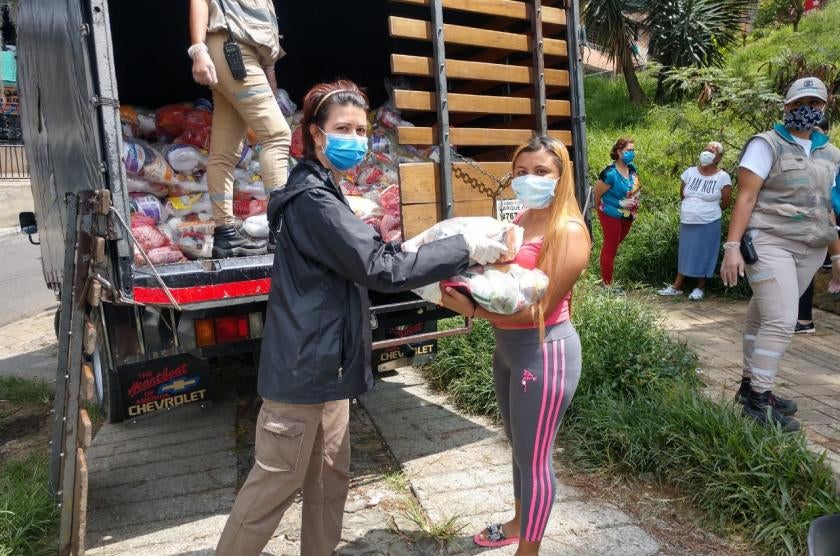 It wasn’t long before the municipally run museum, which documents the impact of Colombia’s armed conflict, took the lead as a social services provider in Medellín’s Comuna 8 neighbourhood. Sanchez-Escobar personally helped deliver basic foods to those who hadn’t benefited from other available aid. Staff have also connected people with the city’s new homeless shelters, and members of the cultural department the museum belongs to have been using music to spread the word about social distancing.

This might not be the typical work of a museum, but Sanchez-Escobar says it really is an extension of the mission: the institution is leaning into its ability to transmit complex information in a simple, factual way. It’s also bearing witness to history, particularly in Comuna 8, home to many of those displaced by Colombia’s decades-long civil conflict.

“Our museum has always been involved in the community, and now it is up to our imagination and creativity to find ways to help,” she says.

Sanchez-Escobar says the mayor’s office assigned each of the members of the cabinet and their secretariat staff to a specific geographical region of the city to assist the pandemic response. Additionally, the culture secretariat, which runs the city’s extensive network of libraries, is running citywide literacy and health promotion campaigns online, while the privately run Divas Gallery, in the city centre, is lending support to sex workers.

Medellín’s health secretary, Andree Uribe, says the physical and mental well-being of the people of the city is fundamental for the recently elected administration headed by Mayor Daniel Quintero.

“We continue to work on the strengthening of the communication channels with the citizens,” she says. “The coordination with the arts and culture, influencing the well-being of the citizens, is also helping us to cover one of the areas most affected by the pandemic – mental health.” 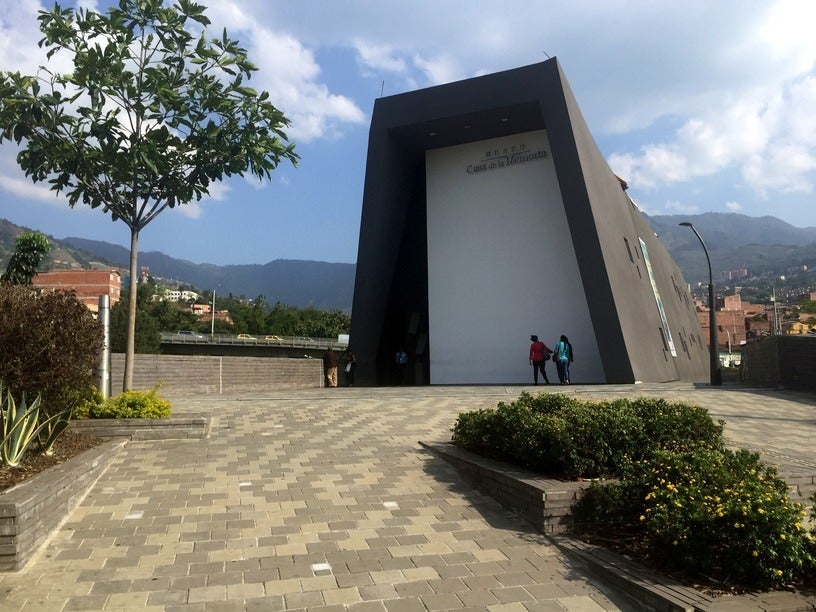 Sanchez-Escobar says on top of reinforcing health messaging, the Museo Casa de la Memoria used its links with the community, the museum’s facilities and its workforce to distribute care packages containing basics like rice to Comuna 8.

“We’re not doctors, but we are connecting with the programs of the health secretariat,” she says. “We promote health messages and are helping to reinforce the importance of social distancing.”

Medellín’s culture secretary, Lina Gaviria, who is also a dancer and events producer, says the head of each secretariat, including culture, was out on the front lines.

“I’m a producer. I know how to feed a 1,000 people backstage, but I’m not used to the logistics to give people 2,000 care packages,” she says. “But when I was able to give one to an 80-year-old resident, we both burst into tears.”

“There is trust between us. The Casa de Memoria Museum, they have always been a part of the community. With cultural events, they’ve always been serving the community,” she says. Most people have been complying with the city’s tight lockdown, which has been in force since late March, at times allowing people to leave the house just one or two days a week.

Gaviria says that as of the second week of June, as some restrictions loosened, artists would be out in force, for example, putting masks on some of the city’s famous statues.

Museums elsewhere have similarly found ways to help people navigate these unusual times. Anthea Hartig, director of the Smithsonian’s National Museum of American History in Washington, DC, says Smithsonian museums have been working to serve US communities in a time of upheaval for schooling.

“As our doors were closing to the public and thousands and thousands of schools were having to send their students to learn from home, our education team, and the museum as a whole, moved to support teachers, parents, caregivers and students with educational resources,” Hartig says.

The history museum’s curator of political history, Nancy Bercaw, curatorial assistant Patricia Arteaga and oral historian José Centeno-Meléndez have been working on chronicling the lives of Deferred Action for Childhood Arrivals (DACA) recipients – also known as “Dreamers” – in the US. The team has been in touch with counterparts in Medellín to see what they might learn from one another.

Back in Colombia, Sanchez-Escobar sees the current crisis as an opportunity for growth.

“In the last few years at global conferences, we’ve been talking about how a museum can’t just be a building where people come and have an experience,” Sanchez-Escobar says. “Covid-19 is the opportunity to see how we can get closer to more families.”

Andrew Wight is a freelance journalist based in Medellín.