All over the city of Hull, sculptures of moths and toads commemorate two of the town’s greatest exports: the aviator Amy Johnson and her Gipsy Moth aircraft, and the poet Philip Larkin and his symbol for the world of work, the toad. These emblems of paralysis and flight represent the city’s conflicted nature and, at once insular and cosmopolitan, Hull mirrors the cultural rift at the heart of Brexit Britain.

Hull has historically been a cosmopolitan port, promoting international investment, industry and trade. It also produces influential art and culture. The Hull Truck Theatre, the eclectic Ferens Gallery and the Skelton Hooper dance school have nurtured a bevy of talented actors, artists and dancers. It is a city of poets: Stevie Smith was born in Hull, and Larkin, Andrew Motion and Douglas Dunn all worked at its university.

Hull has also been at the epicentre of major historical events. The English Civil War was triggered in 1642, when Hull’s dignitaries refused King Charles I entry to the town. The abolitionist William Wilberforce was born in Hull, and represented the city in parliament. And during World War II, Hull’s industrial and strategic importance meant it was targeted by the German Luftwaffe; more than 90 per cent of its homes were damaged in air raids. 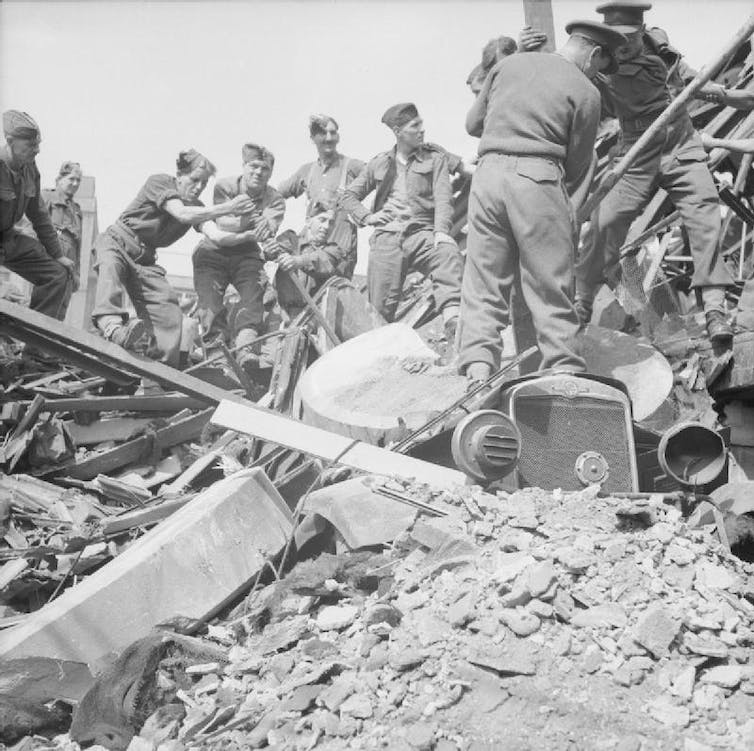 Yet the city is also economically deprived, reactionary, xenophobic and emphatically anti-European. It is a city on the edge of nowhere, an hour by train to Doncaster or Leeds – which makes it, like all island communities, both inclusive and exclusive. It is a bleak, windswept place, isolated by vast tracts of flat land and the wastes of the North Sea, hemmed in by towering wind turbines. In 2003, Hull was awarded the dubious accolade of being the worst town in Britain; it has often been considered something of a joke by the outside world.

A place of paradoxes

In my time as Head of the School of Arts at the University of Hull, I have been enthralled and exasperated by these paradoxes. For all its contradictions, Hull – now in its final months as Britain’s 2017 City of Culture – has emphatically shown that it can be a forward-thinking, outward-facing place. During the first three months of the year, 90 per cent of Hull’s residents attended at least one City of Culture event. Yet it holds an uneasy truce with its neighbours in Europe.

A few miles downstream from the mighty Humber Bridge – once the longest suspension bridge in the world – stands a sculpture by Icelandic artist Steinunn Thorarinsdottir, erected to commemorate the city’s historic ties with her homeland. The statue is a replica; the original was stolen in 2011. Hull’s Lord Mayor at the time, Colin Inglis, condemned the theft as “an assault upon the traditions and culture of this city” – but perhaps it also exemplified them.

Inglis recalled how Hull trawlermen had once toiled in a spirit of mutual support with the people of Iceland. But he neglected to mention the Cod Wars – the confrontations between Icelandic and British fishing fleets which raged from the 1950s to the 1970s. A ceremony earlier this year sought to draw a line under that conflict, marking a reconciliation between the two nations with the symbolic exchange of ships’ bells. But the jury remains out on Hull’s commitment to internationalism.

This city of contraries has lately turned its back on the continent which once nourished it. In the 2016 EU referendum, 68 per cent of Hull’s electorate voted to leave Europe – despite pledges by the German industrial giant Siemens to invest £160m in a new plant to manufacture wind turbine blades and to create 1,000 new jobs in a city where more than a third of children live in poverty.

This Brexit-voting city may not be best served by its choice. In 2014, Hull had the highest rate of unemployment benefit claims in the country. Though the optimism during the run-up to Hull’s year as City of Culture boosted investment and jobs, it remains a place of economic and social precarity. During 2016, house prices in Hull rose nearly 17 per cent, but the average house price remained at only 44 per cent of the national mean. In late 2017, you could still buy a three bedroom property in Hull, including its very own fish-and-chip shop, for under £20K.

Hull’s 2017 cultural programme has offered a snapshot of the riches which the city has bred and attracted – from retrospectives on the works of poet Philip Larkin and director Anthony Minghella, to the BBC’s Night at the Proms. Yet in October 2017, the Humberside region reported a 62 per cent year-on-year rise in hate crimes, the majority of which were related to race. As was the case nationally, this increase saw a particular spike immediately after the EU referendum. It is difficult to reconcile this reality with the City of Culture’s admirable ideals.

Hull is perhaps better described as a city of its own culture; one which both welcomes and spurns the outside world. This little emblem of 2017’s riven Britain, in all its aspirations, openness and isolationism, remains an enthralling and exasperating place. Looking forward, Hull’s own socio-economic sustainability – such as it is – might offer a gauge for the fate of the nation, which this year chose Hull as its cultural capital.

Alec Charles is dean of the Faculty of Arts at The University of Winchester.