Reactor number four of the Chernobyl Nuclear Power Plant suffered an explosion during a technical test on April 26, 1986. As a result of the accident, in the then Soviet Union, more than 400 times more radiation was emitted than that released by the atomic bomb dropped on Hiroshima (Japan) in 1945. It remains the largest nuclear accident in history.

Decontamination work began immediately after the accident. An exclusion zone was created around the plant, and more than 350,000 people were evacuated from the area. They never returned. And severe restrictions on permanent human settlement are still in place today.

The accident had a major impact on the human population. Although there are not clear figures, the physical loss of human lives and physiological consequences were huge. Estimates of the number of human fatalities vary wildly.

The initial impact on the environment was also important. One of the areas more heavily affected by the radiation was the pine forest near the plant, known since then as the “Red Forest”. This area received the highest doses of radiation, the pine trees died instantly and all the leaves turned red. Few animals survived the highest radiation levels.

Therefore, after the accident it was assumed that the area would become a desert for life. Considering the long time that some radioactive compounds take to decompose and disappear from the environment, the forecast was that the area would remain devoid of wildlife for centuries.

But today, 33 years after the accident, the Chernobyl exclusion zone, which covers an area now in Ukraine and Belarus, is inhabited by brown bears, bisons, wolves, lynxes, Przewalski horses, and more than 200 bird species, among other animals.

These studies showed that at present the area hosts great biodiversity. In addition, they confirmed the general lack of big negative effects of current radiation levels on the animal and plant populations living in Chernobyl. All the studied groups maintain stable and viable populations inside the exclusion zone.

A clear example of the diversity of wildlife in the area is given by the TREE project (TRansfer-Exposure-Effects, led by Nick Beresford of the UK’s Centre for Ecology and Hydrology). As part of this project, motion detection cameras were installed for several years in different areas of the exclusion zone. The photos recorded by these cameras reveal the presence of abundant fauna at all levels of radiation. These cameras recorded the first observation of brown bears and European bison inside the Ukrainian side of the zone, as well as the increase in the number of wolves and Przewalski horses. 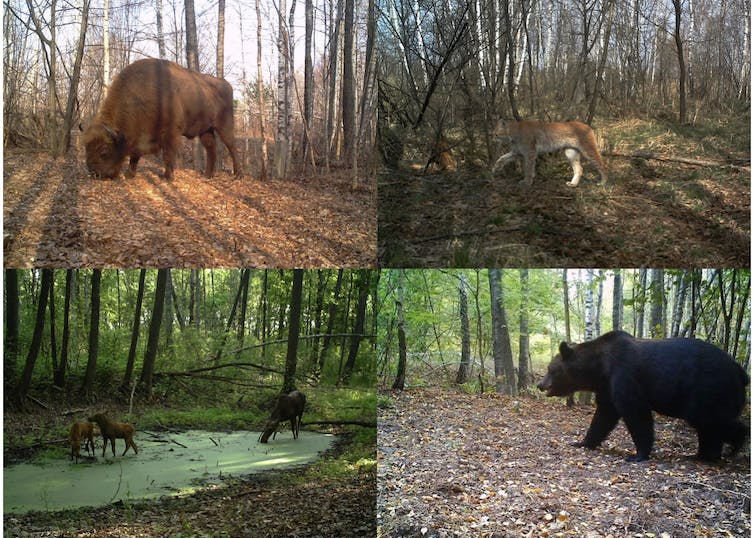 Our own work with the amphibians of Chernobyl has also detected abundant populations across the exclusion zone, even on the more contaminated areas. Furthermore, we have also found signs that could represent adaptive responses to life with radiation. For instance, frogs within the exclusion zone are darker than frogs living outside it, which is a possible defence against radiation. 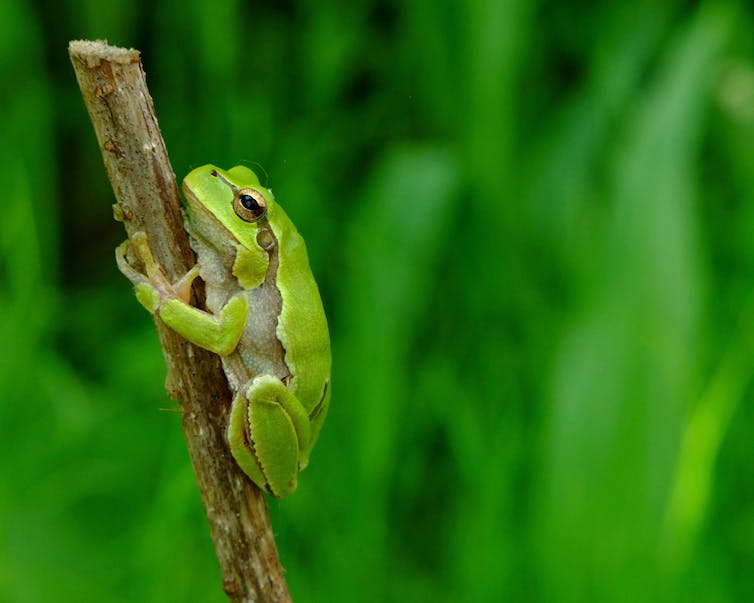 Studies have also detected some negative effects of radiation at an individual level. For example, some insects seem to have a shorter lifespan and are more affected by parasites in areas of high radiation. Some birds also have higher levels of albinism, as well as physiological and genetic alterations when living in highly contaminated localities. But these effects don’t seem to affect the maintenance of wildlife population in the area.

The general absence of negative effects of radiation on Chernobyl wildlife can be a consequence of several factors:

That final option would suggest that the pressures generated by human activities would be more negative for wildlife in the medium-term than a nuclear accident – a quite revealing vision of the human impact on the natural environment.

The future of Chernobyl

In 2016 the Ukrainian part of the exclusion zone was declared a radiological and environmental biosphere reserve by the national government. 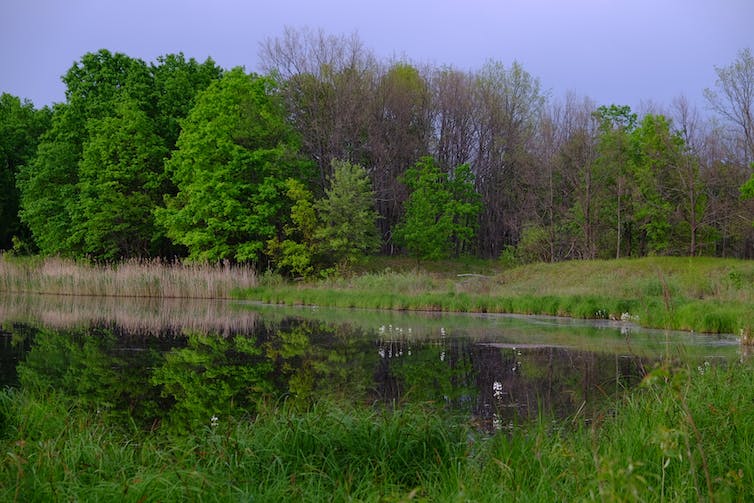 Over the years, Chernobyl has also become an excellent natural laboratory for the study of evolutionary processes in extreme environments, something that could prove valuable given the rapid environmental changes experienced worldwide.

At present, several projects are trying to resume human activities in the area. Tourism has flourished in Chernobyl, with more than 70,000 visitors in 2018. There also plans for developing solar power plants in the area, and for expanding forestry work. Last year, there was even an art installation and techno party inside the abandoned city of Prypiat.

Over the past 33 years, Chernobyl has gone from the being considered a potential dessert for life to being an area of high interest for biodiversity conservation.

It may sound strange, but now we need to work to maintain the integrity of the exclusion zone as a nature reserve if we want to guarantee that in the future Chernobyl will remain a refuge for wildlife.

This article is from the CityMetric archive: some formatting and images may not be present.
Topics in this article: Wildlife
Websites in our network