At some point in the future, Keele University staff members will drive onto the campus, their number plate will be picked up by smart sensors or cameras, and via an internet of things (IoT) platform, the heating and lighting in their office will be readied for them promptly and automatically, without them having to lift a finger. This advance in digital infrastructure will provide major cost and energy savings, says provost Mark Ormerod, who describes Keele University Campus as a “living laboratory” for the development of such smart, sustainable technologies. 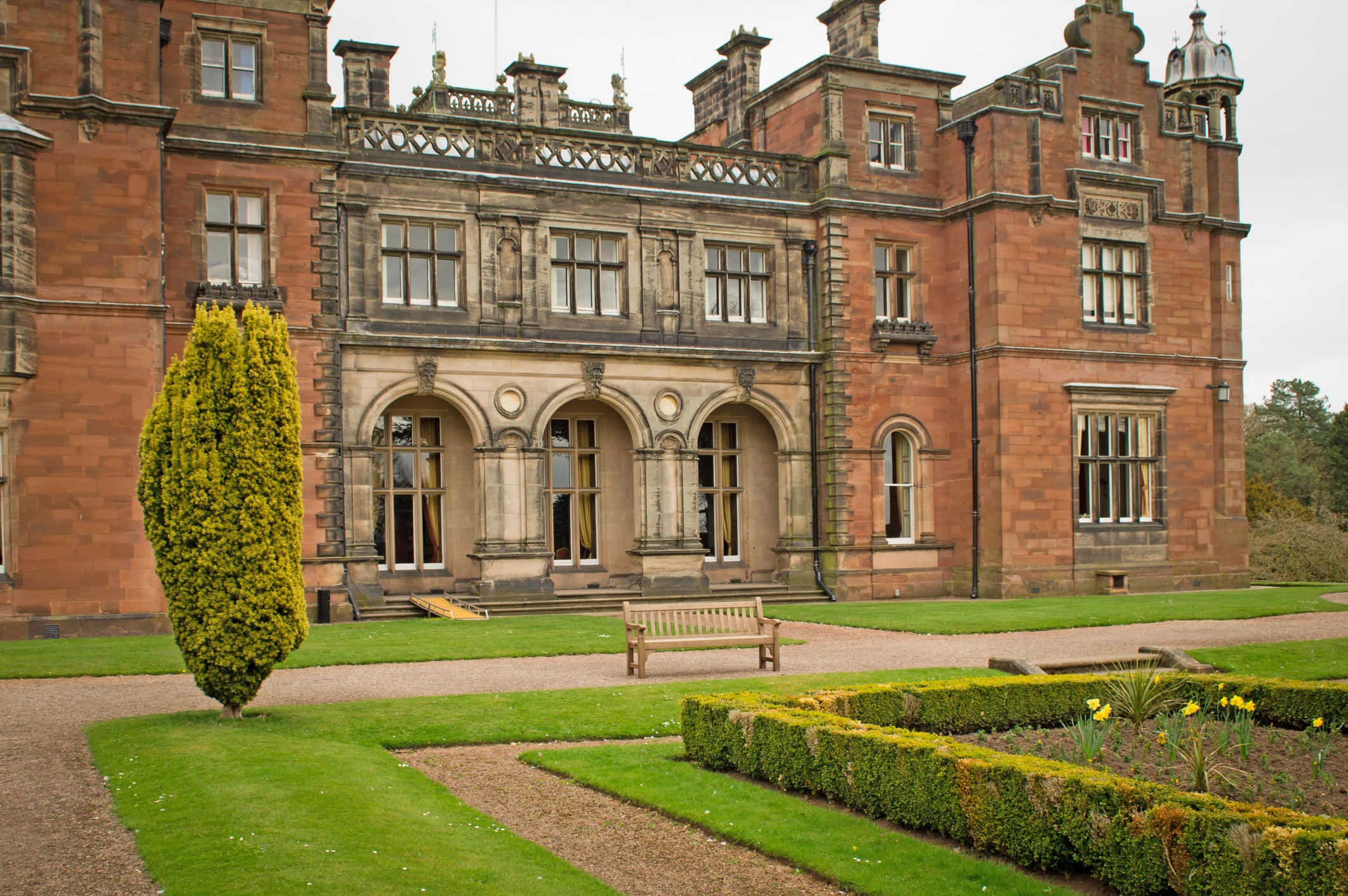 Like a small town, Keele University has 350 buildings, including student accommodation, sports facilities, shops, business premises, laboratories and teaching spaces. In 2019, powering the campus consumed 36.9 million kilowatt-hours (kWh) of electricity – of which 0.6% came from renewable sources – and produced 7.2 million kilograms of CO2-equivalent emissions (kgCO2e). That excludes scope 3 emissions up and down the value chain. It is more than 25% less than in 2015, when Keele produced ten million kgCO2e of scope 1 and 2 emissions.

To power buildings more efficiently, the university launched the Smart Energy Network Demonstrator Project (SEND) in 2018, in partnership with technology company Siemens, and with EU and UK government funds. The SEND Project is a microgrid, a local network that allows energy generation, distribution, storage, use, forecasting and balancing to be managed across different energy sources on campus. The project is expected to save four million kgCO2e – or more than 50% of the campus’s current emissions – each year and provides a “high level of control over energy usage that you would not have otherwise”, says Ormerod.

In line with its commitment to be carbon neutral by 2030, Keele University also partnered with Engie in December 2020 to establish a low-carbon energy generation park featuring two wind turbines totalling 1.8MW and 12,500 solar panels (5.5MW) alongside a 1MW battery for energy storage. The new facility will be completed by late 2021 and is expected to power at least half the campus.

An hour south, Warwick University also deems its campus a living laboratory. In 2020, Warwick launched the Future Transport Showcase, a two-year project in partnership with Transport for West Midlands to test new modes of low-carbon mobility. Researchers at Warwick are studying transport behaviour to understand what is effective and why; the results will inform future regional and national policy, says provost Christine Ennew.

As part of the project, Warwick hosted the UK’s first ‘micromobility’ event in September 2021. Micromobility is a form of lightweight transportation designed for individual use over short distances – think e-bikes and electric scooters, for example. The event united micromobility manufacturers, local and regional authorities, government agencies and research organisations to address challenges facing the sector around a lack of infrastructure, and policy and regulation.

John Fox from the Warwick Manufacturing Group, part of Warwick University, deems micromobility “essential” if UK transport is to achieve net zero. “With around 70% of journeys in the UK under five miles, micromobility vehicles can have a huge impact on our emissions. They typically use 5% of the energy of an electric car to make trips, and their manufacture is also significantly less carbon intensive,” he explains.

University research is also helping advance the role of battery storage in UK cities. In 2019, under a £2.6m scheme to accelerate the use of zero-emission trucks, Sheffield City Council was allocated £220,000 by Innovate UK, an innovation agency run by the government, to trial two electric refuse collection trucks in Sheffield. Researchers from the University of Sheffield’s Energy Institute were tasked with modelling the amount of energy an electric refuse truck would use, to identify their optimum battery capacity.

The Energy Institute operates one of the UK’s largest batteries – a 2MW lithium titanate battery connected to the grid. Launched six years ago with funding from the UK Engineering and Physical Sciences Research Council, it was one of the first batteries on the grid and “enabled distribution network operators to come and determine how best to incorporate the use of batteries”, says the Institute’s David Stone.

“We worked with a number of distribution network operators, such as National Grid, Western Power Distribution and Northern Power, to improve their understanding of how batteries might support the grid,” Stone says. “They wanted to test the waters with ours for a few months, before progressing with their own work.”

Sheffield University is also working alongside flywheel specialists Schwungrad Energie to create a dynamic storage system where power output can be matched exactly to need. While batteries are good for storing energy, they are limited in how quickly they can release it. “If you pull energy very quickly out of a battery to produce a high level of power, you degrade the battery capacity,” explains Stone.

Flywheels are more effective at releasing power. “Flywheels store energy as mechanical energy,” says Stone. “There is a mass of steel spinning round and if you want to take energy out, you slow it down.” The Energy Institute has co-located a 1MW flywheel alongside its 2MW battery to compare their effectiveness for trackside storage, typically used for trains.

Cutting their own carbon footprints

Beyond the development of clean technologies for the benefit of society, universities must also consider how they will cut their own carbon footprints. In the year to July 2020, CO2 emissions from UK universities had fallen by 10%, according to data from the Higher Education Statistics Agency (HESA). Scope 1 and 2 emissions added up to 1.4 billion kgCO2e. For comparison, total carbon emissions in England in 2020 were 326 billion kgCO2e.

The University of Edinburgh was the biggest emitter in 2018–19 with 63 million kgCO2e, compared with the other end of the scale, where Loughborough, York, Leicester, Lancaster and Surrey Universities all emitted under 20 million kgCO2e. Lancaster University was the UK’s biggest university renewable energy producer; it has reduced its electricity and heating emissions by 50% since 2005. Lancaster has implemented several projects to reduce its carbon footprint, including a 2.3MW wind turbine that generates 4,000 megawatt-hours of electricity each year – 15% of its total electricity consumption.

In 2020, only 53 out of 186 higher education institutions had set a carbon-neutral target, according to the Alliance for Sustainability Leadership in Education (EAUC). Most universities hope to achieve their targets between 2030 and 2050. Some, such as Teeside University, have failed to specify a date.

Data from the HESA also reveals a growing number of institutions are opting out of publishing their emissions data because they are not required to do so, says Fiona Goodwin from the EAUC.

In August 2021, a survey of 148 university estate directors in the UK revealed that net-zero planning had “barely started” at a quarter of higher education institutions, while only 15% reported being “well on the way” to net zero. The plans of the remaining 63% – around 93 universities – are “coming together”. Finance was cited by 53% of respondents as the biggest obstacle to change.

The same month, the Department for Education in England set up a sustainability unit to improve emissions reporting, which Goodwin expects will become mandatory once more. This department hopes to launch a strategy at COP26, Goodwin says, and “after COP, the strategy will go out for consultation before being finalised by April 2022”. The EAUC is working with the government on it. According to Goodwin, “universities need clarity on reporting as they are accountable to staff, students and society, and do not want to be accused of greenwashing or failing to pull their weight”.

The financial support available to universities for decarbonisation is “woefully low”, she adds. The only option for universities seeking funding is the UK government-funded Public Sector Decarbonisation Scheme. This provides grants to decarbonise heating and improve energy efficiency, but it only amounted to £1bn in its first phase in 2020, and £75m in the second phase in 2021. “And that is across all public sector bodies; it is not exclusively for universities,” Goodwin points out. Only four universities have qualified for the scheme so far, adds Ormeron.

Goodwin believes the role of universities in the energy transition extends far beyond target setting, and even acting as living laboratories. “Universities are key in equipping the next generation with the knowledge, skills, attitudes and values needed to address the climate crisis,” she says. "It is so much more than simply reaching net zero. Sustainability considerations must be embedded into every corner of the curriculum. The students of today will be living through the climate impacts in 2030, and universities must ensure they have the skills to navigate that.”