Around 3,300 years ago, the port city of Ugarit was a vibrant urban centre, located strategically on the overland network linking Egypt with Asia Minor and on the route between Persia and India in the east and Greece and Cyprus in the west. The city’s origins date back to 3000BC and the first alphabet and alphabetic writing system are believed to have developed there in the 14th century BC.

Today Ugarit is a Bronze Age archaeological site in northwest Syria, first excavated in 1929. It can tell us a huge amount about the past, but Ugarit is also a place in its own right. The conservation of the site needs to help us understand the site’s history, as well as preserving and restoring what remains. Our work on virtual reality and reconstruction can meet both these goals. 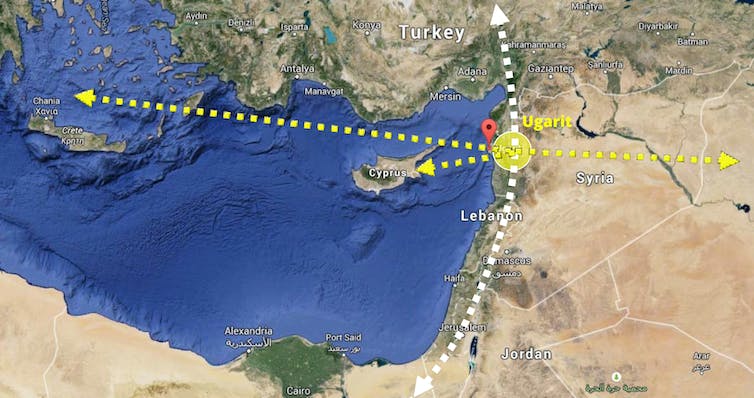 The location of Ugarit and its historic links. Image: Google Maps.

Although only 30 per cent of Ugarit has been excavated, the discovered areas give clues about the organisation of the city. The buildings include royal palaces, large houses, tombs, sanctuaries, public buildings and temples. Ugarit’s golden age was between the 14th and 12th century BC, and the excavated ruins show that interesting political, social and economic evolution took place in the city.

The royal area shows evidence of a developed political system, with complex defensive architecture and a well-structured palace. Domestic areas reveal important information about the Ugaritic people’s everyday life and their veneration of the dead. However, the structures are in a ruined condition and some are deteriorating, thanks to being exposed for more than 90 years with only minimal maintenance and repair work.

A shift toward using virtual technologies as preservation methods to document historic sites and provide educational opportunities has taken place in recent years. This prevents misguided architectural conservation, which can damage a site.

Augmented reality can project reconstructions onto archaeological ruins, such as at the medieval village of Ename in Belgium. Elsewhere, virtual reconstruction has produced 3D textured models, including of the “Sala dello Scrutinio” at the Doges’ Palace in Venice. 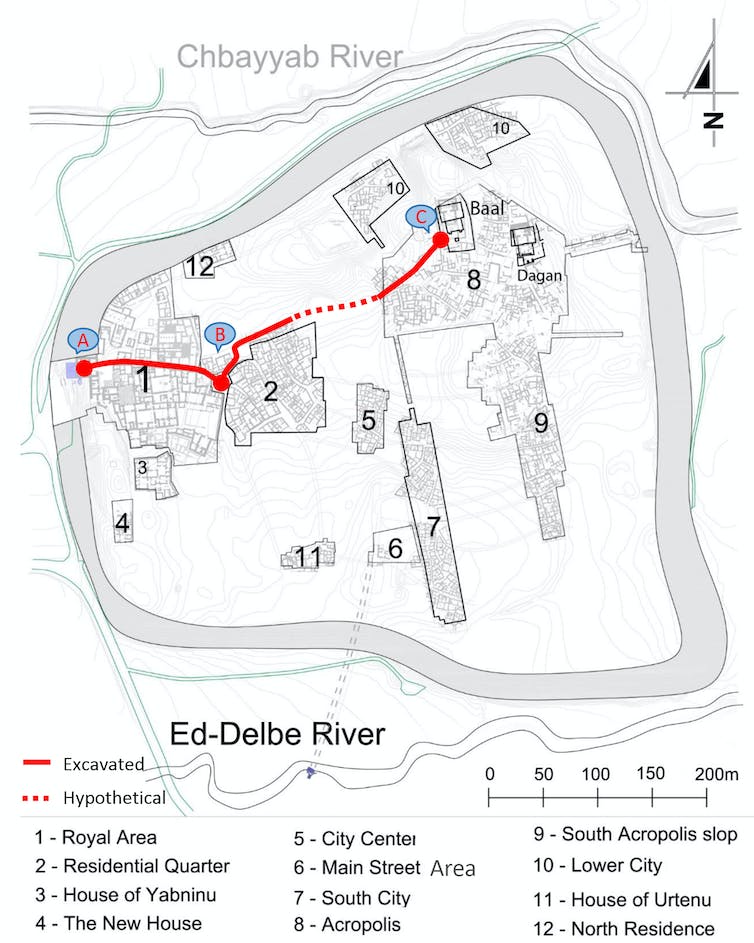 A map of the city of Ugarit showing the excavated areas and the sacred route between the Royal Palace and the Temple. Image: Latakia National Museum, Syria.

We have used computer-aided design modelling to test out conservation options for Ugarit and to investigate the effects of possible conservation interventions on the ruins. This led to changes in design concepts and materials to better fit the aims of the conservation.

Excavations have revealed a key sacred route that linked the Royal Palace with the main Temple of Baal and passed through public areas of Ugarit. Researchers believe that the king followed this sacred path to practice cult sacrifices at the temple.

The route contains important tangible elements, such as the remains of the palace, houses, and the temple, for example. But the conservation strategy also intends to reconstruct the intangible aspects of the route – the monumental fortifications, the scale of the temple, and the experience of walking the sacred path, all of which cannot be easily grasped from the remaining ruins. 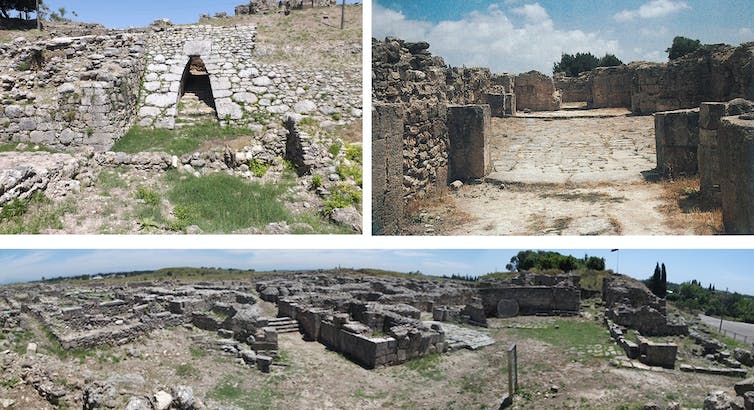 Point A of the Sacred Route. Image: author provided.

Virtual reconstruction is an effective tool to assess these proposals and judge their ability to protect the ruins, as well as revealing intangible aspects, such as the atmosphere of a street, which are lost to time. We have developed virtual tours which create an opportunity for screen displays to be installed on the site before the actual proposal is implemented. 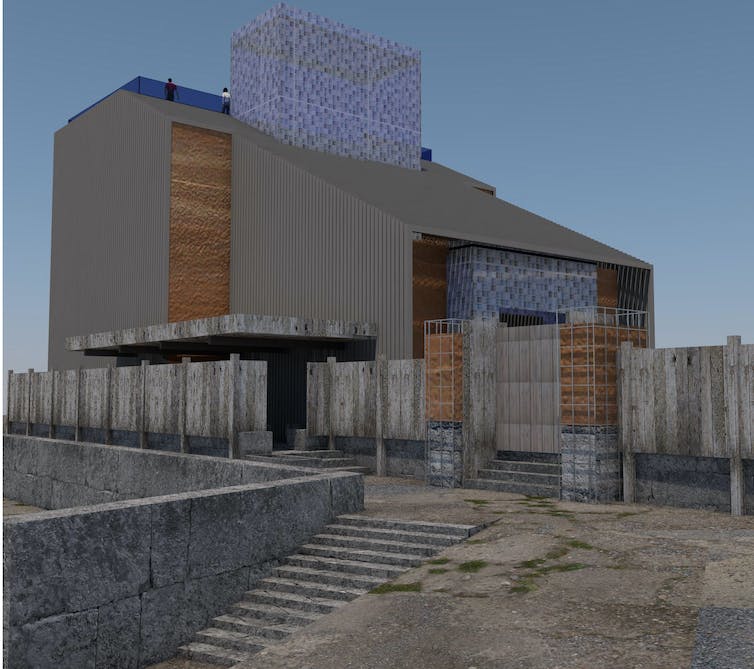 Virtual reconstruction of interventions proposed for Point C of the sacred route – the Temple of Baal. Image: author provided.

These virtual tours include an area of the site that historically featured a plaza and tavern. Here the conservation approach includes the creation of a social and entertaining hub. This will allow the urban environment of the plaza and the dim and cosy interior of the tavern to be restored.

The tours provide reliable evidence for the second stage of the conservation proposal, the design stage and community consultation. However, the political situation in Syria has put the consultation process on hold.

This political situation also means that it is not possible to visit Ugarit at the moment – a position shared by hundreds of archaeological sites around the world. So the virtual reconstructions serve another purpose: they allow those interested a glimpse of this fascinating city and provide an opportunity to raise awareness of the site’s cultural importance with an international audience.