The inequality between men and women in India is stark, and nowhere more so than on the streets of its cities, which are undeniably the domain of men. Of course, this is partly because there are fewer women in the population. With 940 women per 1,000 men, the nation has a low sex ratio, stemming from families’ preference for male children, as well as poor nutrition and health care for women.

What’s more, just 27 per cent of Indian women participate in the work force, compared with 79 per cent of men. This trend is most obvious in urban areas. Although women in India mostly walk, cycle or use public transport to go to work, they are still much less visible in public spaces than men, because many do not have jobs to travel to at all. This has a significant impact on women’s health, and their opportunities in life.

According to India’s 2011 census, only 17 per cent of all people commuting to work in urban areas are women. Even in India’s large metropolitan cities, such as Delhi, Mumbai, Kolkata and Chennai, the proportion of women commuters never rises above 20 per cent. Overall, there are nearly five men to every one woman who commutes to work.

This inequality is also reflected in data about drivers license holders, where men outnumber women by nine to one – compare this to the US, where women outnumber men (albeit by a small amount). Even with its rapidly growing economy, India’s level of vehicle ownership is still very low. There are only 20 cars per 1,000 people in India, compared with more than 400 in most high income countries.

This means that the vast majority of people travel on foot, cycle or take public transport – so 83 per cent of those women who commute to work in Indian cities will take one of these options. In England, only 27 per cent of women travel to work by one of these three modes of transport, and in the US, fewer still. 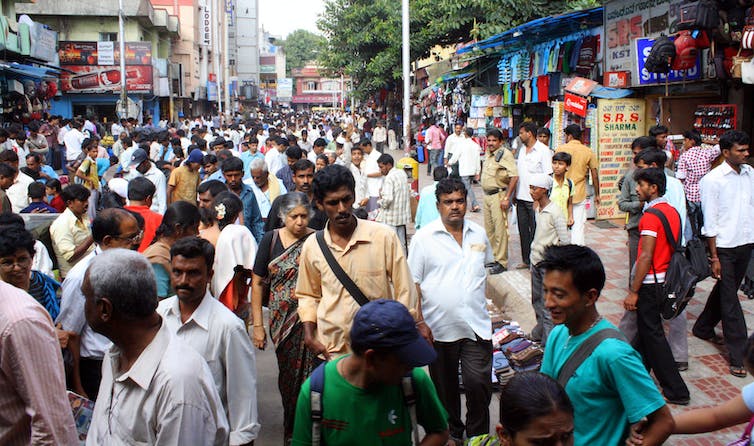 According to a travel survey my colleagues and I conducted in Delhi in 2013 – which includes all journeys, and not just those to work – Indian men attain similar levels of physical activity through travel as those in the Netherlands, where cycling is very popular (though in Delhi its mostly from walking). Meanwhile, women are only half as active.

Given the evidence, it’s clear that this is not because women travel more by car – it’s because many women do not travel in the city at all. Our study found that only 20 per cent of all the trips in Delhi are made by women, and only 25 per cent in Bengaluru city. With lower levels of physical activity, women are exposed to higher risk of heart disease, breast cancer and depression.

What’s more, over a third of women who work in Indian cities do so from home. Confined to the home, women are socially excluded, which means they lose out on the benefits that often come from developing a social network, such as emotional or financial support, access to opportunities, or participation in the social or political life of the community. For women to willingly participate in activities outside home, streets, neighbourhoods and transport infrastructure must be designed to be sensitive to the needs of women. 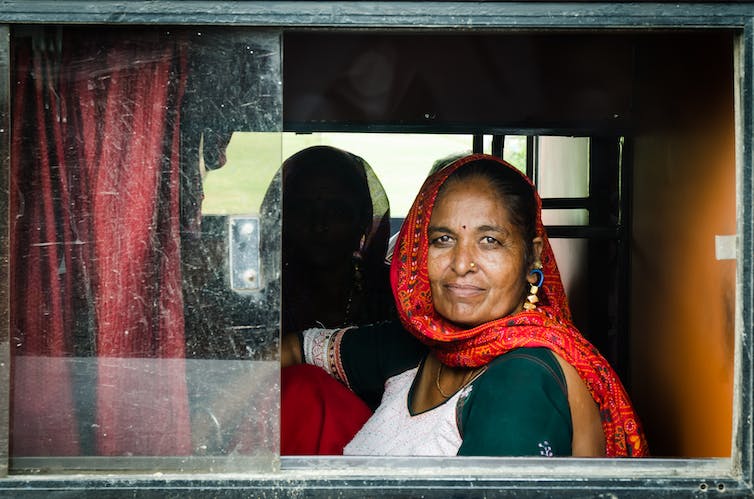 The safety of women in public spaces should not solely depend on stricter laws on violence against women, or better law enforcement – although this has a role to play. Women’s right to move through public spaces without fear can also be safeguarded through the built environment, using principles such as “eyes on the street” – according to which people feel safer in open, attractive streets with lots of other people around, while lonely streets instil fear.

Making streets safer for women would also help make public transport more accessible, as bus or train journeys typically involve walking at both ends. Stops and stations should be located in busy areas, and should be well lit at night. A plethora of other measures – such as training for transport staff and more women employees – are also needed to make journeys by public transport safer for women, as harassment on buses and trains remains a major social issue (and not just in India).

With the presence of street hawkers, high population density, narrow streets and a large number of people walking and cycling, Indian cities do have some of the liveliest neighbourhoods in the world, where women can feel safe. But these neighbourhoods often exist in isolation, as cities grow in size. The challenge is to ensure safety by design at a much larger scale.