As the bastions of a local and national culture, museums can often feel steeped in tradition and history rather than the problems of today. Yet in recent years, this has been changing, with some museums embracing a social justice agenda, aware that they need to become more relevant for 21st century society.

As part of my recent work on how museums can address the pressing social and economic needs of immigrants, I carried out research in five museums and art galleries in Copenhagen, Manchester and Paris.

I found that museums have a unique role to play in providing opportunities for immigrants to learn the language of their host country and to gain employment skills. But despite ongoing programmes to provide these skills, they still struggle to attract less-privileged immigrants – and actually reinforce the view of museums as elitist places.

Museums play a key role in developing the communication skills essential for learning a foreign language. Their objects are particularly powerful in helping learners to bring their everyday experiences and life stories into the class – a strategy called “bringing the outside in”. A 2007 study of English language lessons found such strategies were essential, helping students to construct more complex sentences as well as to speak more fluently.

This process occurred most clearly at an English Corner session organised for a group of refugee women at Manchester Museum. One woman from Somalia, who I interviewed a week after the museum session, spoke almost solely about a bowl from her community used as handling object during the session. She obviously felt very proud that such an object was at the museum and that she was able to touch it and explain its different functions to others. 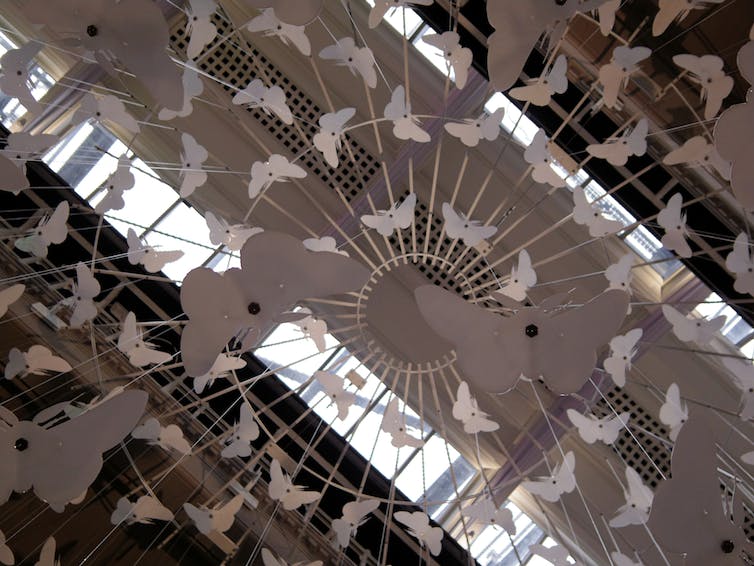 Museums can also provide immigrants with essential employment skills that can boost their self-esteem and self-confidence. Volunteers on Mancheter Museum’s Inspiring Future programme took part in ten sessions on developing heritage knowledge. They then worked for 60 hours in the museum galleries on handling tables where they were responsible for interacting with the public around a specific artefact that they could touch. The volunteers I interviewed felt privileged to be able to touch these historically loaded objects – it gave them social prestige and turned them into experts.

Some immigrants left out

But despite the importance of these programmes to help develop language and employment skills, most of them actually marginalised or excluded less-privileged immigrants or those who were not fluent in the language of the host country.

Even when programmes were organised with less privileged immigrants, such as refugees and asylum seekers in mind, they often did not come to the museum without being brought in. The official evaluations of the volunteering programmes at Manchester Museum confirm these trends. While recent migrants and asylum seekers were a target group of the In Touch programme, only 13 out of a total 203 participants had refugee or asylum seeker status, and 28 participants were of black or minority ethnic background, which could have included immigrants.

The successor programme, Inspiring Futures, no longer specifically targeted recent migrants and asylum seekers. Its first-year evaluation indicated that 85.7 per cent of participants were white – and those I interviewed were all from the US. The second-year evaluation indicated that the programme had become even more ethnically homogeneous, with under 10 per cent of participants from ethnic minority backgrounds.

The trends were slightly different in Copenhagen, as the programmes I studied – language learning and employment projects at the National Gallery of Denmark and Thorvaldsens Museum – solely recruited immigrants. Yet, those immigrants they did recruit were usually from relatively comfortable backgrounds. When immigrants from less privileged backgrounds were recruited, they showed weaker outcomes and less progression than other participants.

Museums must better understand the issues faced by less-privileged immigrants and the reasons why they do not attend programmes that target them. By developing innovative programmes to provide language and employment skills that tackle multiple forms of exclusion, and expanding their activities beyond their walls, they could start to reach out to these immigrants and asylum seekers.

This article is from the CityMetric archive: some formatting and images may not be present.
Topics in this article: Education, Migration and immigration policy