A Conservative minister for housing, a grey-haired Labour MP, ageing icons of rock and creative young people have formed an unlikely alliance in support of the Agent of Change (Planning) Bill. The proposed law, which will be discussed for the second time in the House of Commons on 16 March, makes developers responsible for dealing with noise issues when they build new homes near music venues.

This all came about because people were worried about the high number of live music venues that were closing across the UK. The Greater London Authority (GLA) asked for a report on London’s grass roots music venues, only to find that 35 per cent of them had been “lost” since 2007. Cities across the nation – from Glasgow to Manchester – have similar stories to tell, even though the government has recognised how important the music industry is for the economy.

So how did this happen? Many different governments since around the year 2000 have tried to get more flats and houses built in cities, because there aren’t enough for everyone who wants to live there. Many homes have been built on “brownfield” sites – where there used to be factories or warehouses, which are now used less or not at all. These types of places also offered spaces where creative entrepreneurs could set up new clubs, or take over existing venues and attract new customers with the offer of live music.

But as people move into the new flats built on these sites (which they often pay a lot of money for) some inevitably complain about the noise coming from the venues. Venue owners in Shoreditch (one of London’s hip neighbourhoods) actually put up signs warning would-be buyers that there are live music venues in the area. 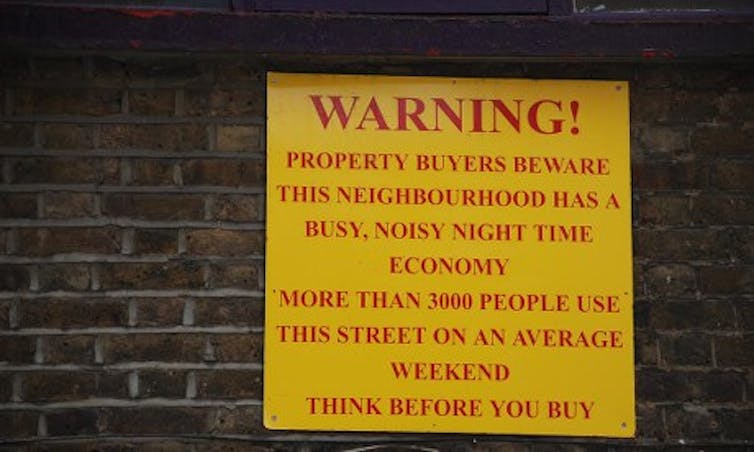 Up until now, these complaints caused big problems for music venue owners, because planning principles were not on their side. The onus was on them to ensure their neighbours weren’t disturbed by music and loud noises. But putting in proper soundproofing or keeping customers quiet can be difficult and expensive.

This doesn’t just affect the kind of places run on a shoe string on the outskirts of town. Even London’s mighty Ministry of Sound – which has been a mecca for House music lovers since 1991 – was caught up in a lengthy planning application for a tower block of flats nearby – a case which eventually ended in the flats having to be soundproofed.

A matter of principle

The way the planning system works, is that local authorities in England and Wales produce their own development plans, which must align with national policy as set out in a 2012 document called the National Planning Policy Framework (NPPF). This document made a small move to protect venues, by saying that if they wanted to expand, then there should be no unreasonable restrictions. But it didn’t address the situation described above.

Some local authorities have already started to draw up their own policies, which put the burden of noise reduction measures firmly on the developer who is making the change – whether it’s for flats or other uses. This is the legal principle, known as the “Agent of Change”. The bill, now supported by government, will ensure that the principle is embedded in the NPPF – so all local authorities will have to follow it. It will also carry more weight in appeals against planning decisions. 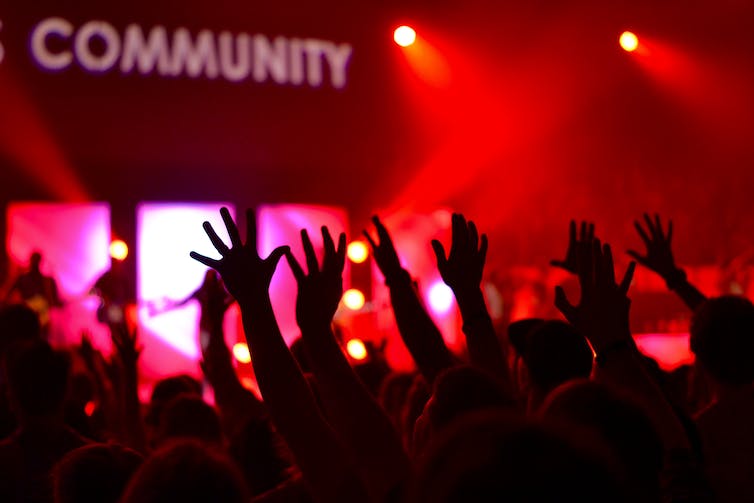 Got the power? Image: William White/Unsplash/FAL.

Although the “Agent of Change” principle will help prevent live music venues from closing, it won’t be enough on its own. Sadly, it would not address other issues such as rising rents, hikes in rateable values and property owners preferring to redevelop their buildings into flats. For example, consultancy firm Nordicity estimated that a revaluation of business rates would cause a fifth of London’s grass roots venues to close. And London’s oldest LGBTQ venue, the Royal Vauxhall Tavern, is still engaged in a battle to save it from redevelopment, by way of a community buy out.

Yet past examples show that people can save their local pubs from closure, whether through local campaigning or by taking ownership of the buildings. And to see creativity and culture, especially for young people, supported through the dusty corridors of parliament, is truly heart warming.